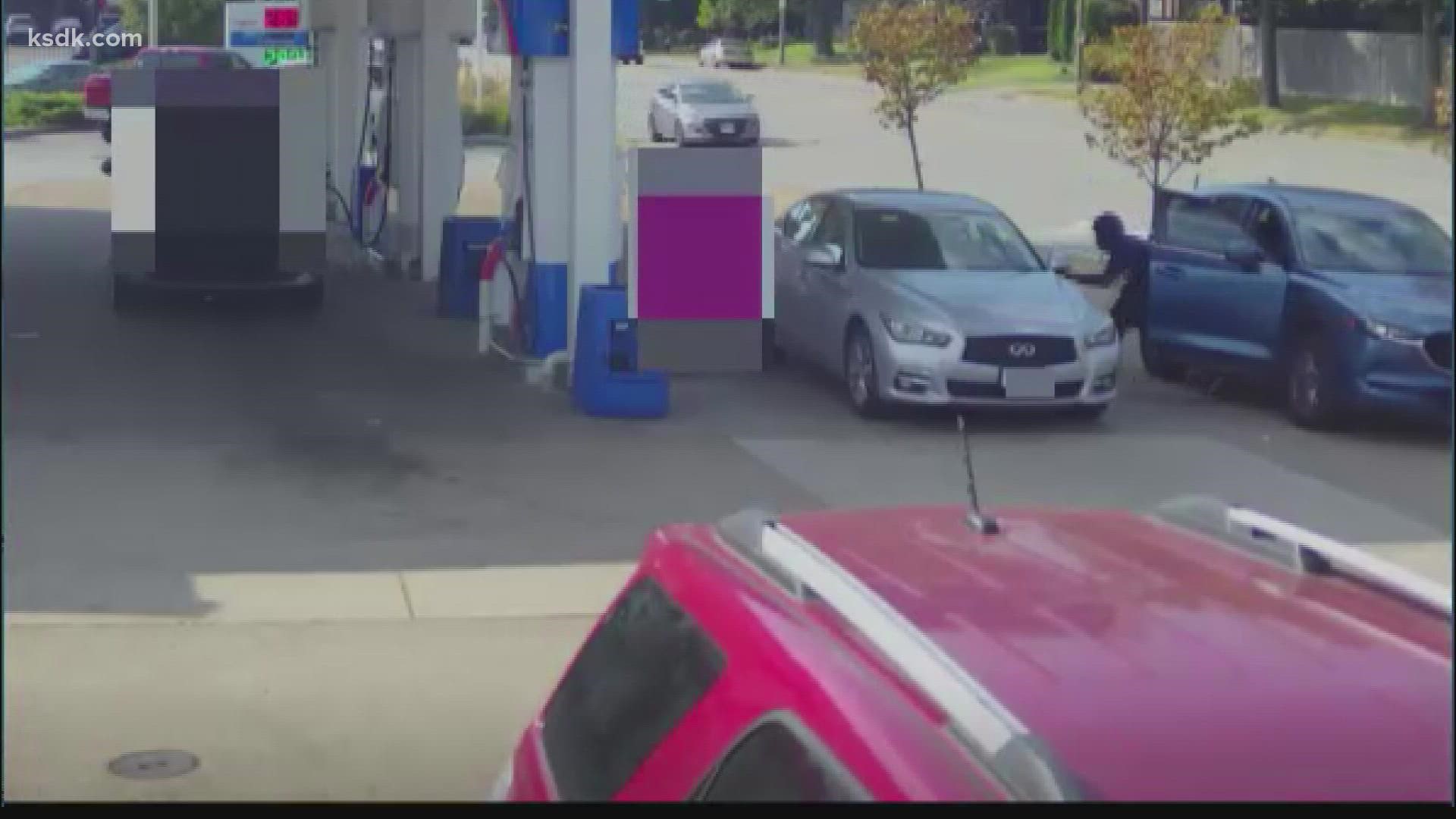 ST. LOUIS — You might notice a new flyer hanging up during your next fill-up. The St. Louis police department is warning drivers about an increase in gas station lot thefts in the city's 2nd District on the southwest side.

Since June, there have been 17 stolen vehicles reports and 11 reports of property stolen out of vehicles, police said in a press release. The thefts have happened at BP, QuickTrip, Phillips 66, Amoco and Circle K gas stations. Below is a list of stations where the incidents happened.

Police said the suspects will pull up to a victim's vehicle while the victim is filling up or putting air in their tires, then a passenger from the suspect vehicle will get into the victim's unlocked car and drive off or take items from inside. Police said in most cases the car's key fob is inside, making it easy to take the car.

Police have put up flyers at gas pumps warning people to not become a victim. The flyers say to lock your car, take your keys and hide your belongings while at the pump. The flyer also states "Remember: While pumping gas, your car and your valuables can get stolen if you leave them unattended."

St. Louis police also released footage of one of the incidents that happened on Sept. 29 at the Amoco gas station on Skinker Boulevard. In the video, you can see a car pull up to another car that is getting gas. A person then gets into the car at the pump and drives off with it, pulling the gas pump out of the vehicle.

"The guy that's stealing something out of your car could be at the pump next to you," Michael Barbieri, a personal safety expert with Global Intelligent said. "You just have no idea. What you see a lot of times people stick the hose in the car, leave it unlocked, walk into the gas station."

Before pulling up to the pump Barbieri urges people to scan the area to make sure there aren't any suspicious people around. Pick the pump that's well lit and within your eyesight at all times. He also recommends grabbing gas during the daytime as opposed to nights. Keep your keys on you at all times and make sure valuables aren't in plain sight.