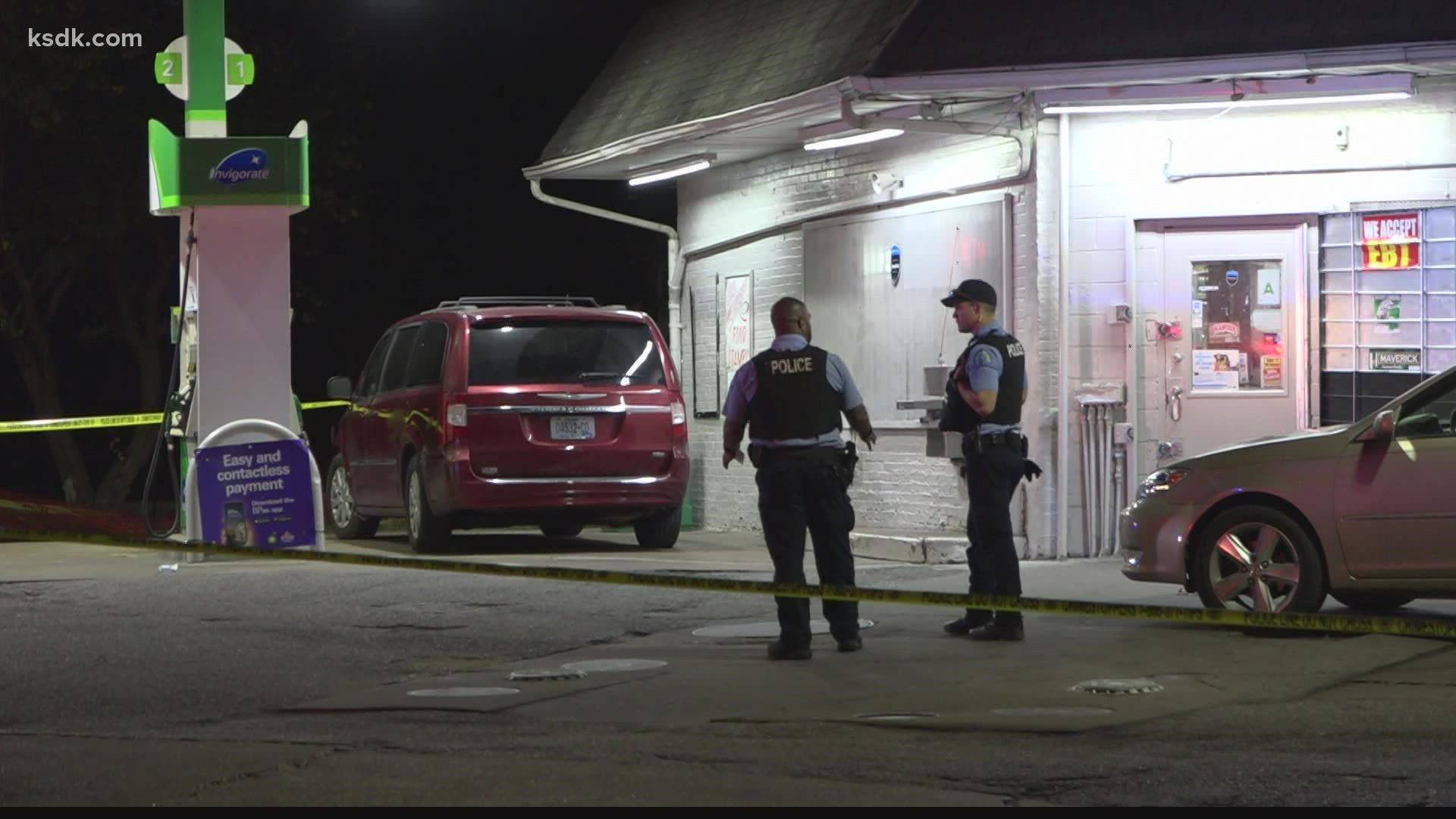 ST. LOUIS — Sex workers have been the target of shootings and burglaries, prompting the St. Louis police department to issue a public safety alert Friday.

Around 10:20 p.m. Thursday, police responded to the 4500 block of Adelaide and found a 28-year-old woman who had been shot in the face, according to a preliminary police report.

A 5 On Your Side photojournalist reported seeing police vehicles surrounding a gas station. The woman was taken to the hospital, where her vitals were stable. She was not able to provide a statement to the police due to her injury.

Then, around 11:45 p.m., police found a woman dead on the sidewalk on the 3800 block of West Florissant, which is about half a mile from the scene on Adelaide. The woman appears to be in her 30s.

A man who goes by the name of "D" met women on Cote Brilliante Avenue on Aug. 17. He had contacted the women for consensual sex using the MegaPersonals dating app. After meeting them, he robbed them.

All of these incidents happened on the city's north side.

The goal is to advocate rights and safety for sex workers and to decriminalize the job.

In reaction to this news, Haan says, "This is horrifying to hear. Unfortunately, this is nothing new to our community. Sex workers are endangered because of laws that criminalize sex work," Haan says. "It makes it harder for them to report violence and seek support when it is happening. How can you become a victim when you are being treated as a criminal?"

They explain the stigma perpetuates the violence.

"The stigma that assigns sex workers as some natural target of violence, some how they are dirtier or less worthy of safety love and protection then other citizens needs to stop," they add.

Haan denounces the violence happening and wants more awareness to come to the surface.

For anyone needing assistance, the T is a "Community of Health" focused on reducing the impact of trauma in the St. Louis region.