"Coronavirus aside, gun violence is still a major issue in our city. It is not going away on its own and leaving it unattended will only get worse," Lewis Reed said 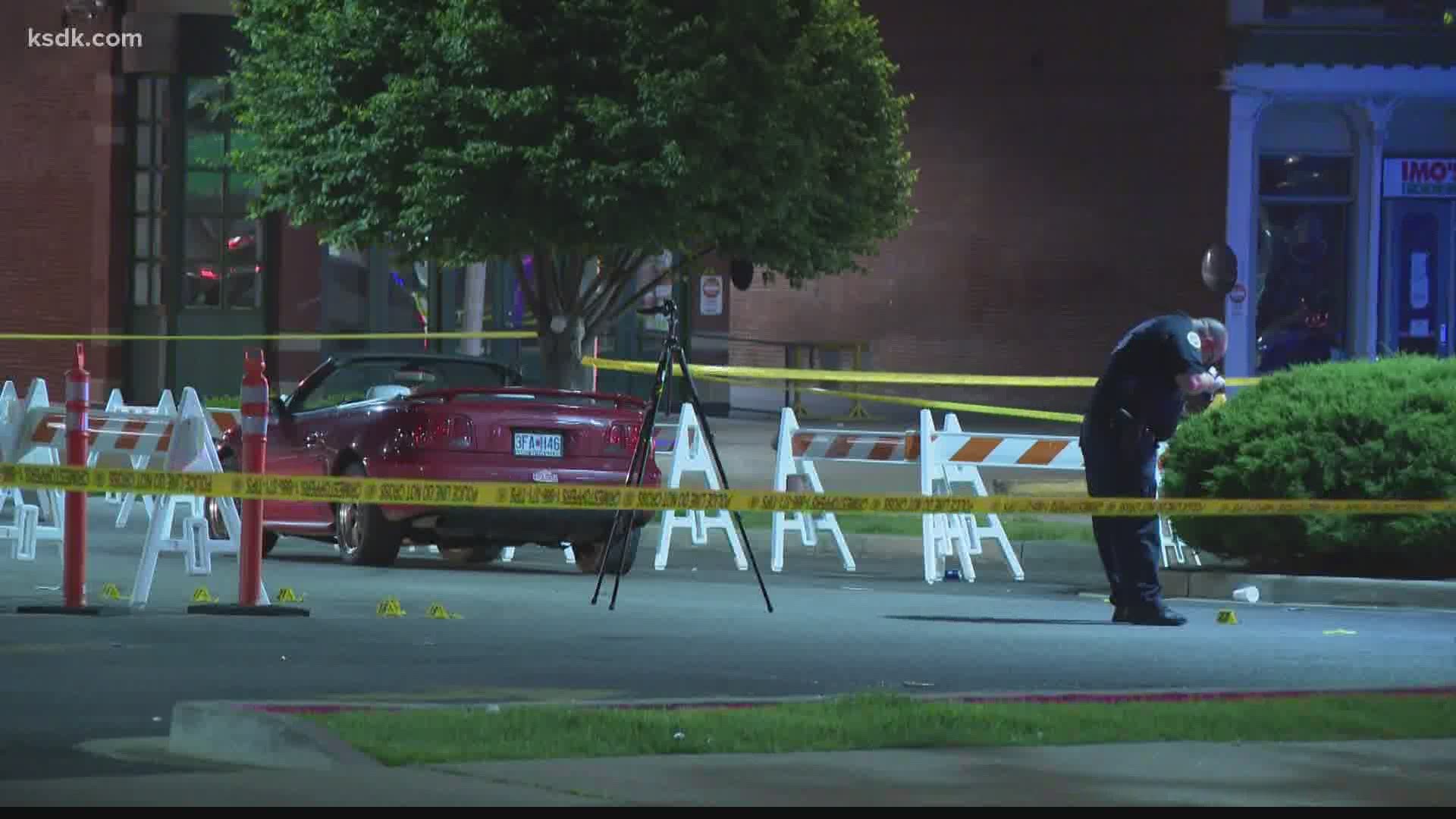 ST. LOUIS — St. Louis marked a violent start to the summer, with 19 people shot — including several teenagers — over the Memorial Day weekend.

The shootings left four people dead in the city.

St. Louis Board of Aldermen President Lewis Reed said it was “unsettling” to see so many people ignore social distancing rules at the Lake of the Ozarks, but:

“What is even more disturbing and devastating to all of St. Louis is something much closer to home – 19 people shot and four people murdered in one weekend,” he stated in a news release.

Four victims of the shootings were children ranging in age from 14 to 16 years old. A 15-year-old boy died from his injuries.

RELATED: 15-year-old boy killed, 3 other teens injured in separate shootings in St. Louis over the weekend

“We don’t need to wait to be another national headline for a record number of children killed in the city to take action. We need to take action now,” Reed said.

He added that the city must aggressively fight both gun violence and coronavirus at the same time.

“Gun violence is still a major issue in our city. It is not going away on its own and leaving it unattended will only get worse,” Reed said.

Details on each of the shootings over the holiday weekend are listed below the interactive map, which shows where all of the incidents were reported.

A 27-year-old man died after being shot in the head. At 11:03 p.m., police responded to the 2900 block of Hebert where they found Terell Raff-Covington on a parking lot suffering from a gunshot wound to his head. Before finding Raff-Covington, a second victim was dropped off at a hospital. The 19-year-old had been shot. Neither victim was in a condition to give information to investigators, police said.

At 11:10 a.m., a 16-year-old boy was found with a gunshot wound. Police said he told them that he was standing on the corner of Virginia and Bates when a man in a truck pulled up, shot at him and drove off. The teen was taken to a hospital. Police did not release any further information.

Just before 5 p.m., a 15-year-old boy was shot near Union Boulevard and Thekla Avenue. He was dropped off at a hospital with gunshot wounds and was last listed in critical condition.

About two hours later, a 37-year-old man said he was driving along the 4200 block of St. Louis Avenue when he saw people in two other vehicles shooting at each other. The man was hit by a bullet that went through his windshield.

At about 6:50 p.m., a 14-year-old girl was dropped off a hospital with a gunshot wound to her shoulder. Police said the girl was in a car with an 18-year-old man when someone they knew started shooting into their vehicle as they drove away from the 1400 block of N. Market. The 18-year-old dropped the girl off near N. 11th and Benton, where an unknown person took her to the hospital. Police did not have an update on her condition.

At about 8:10 p.m., police responded to the 3900 block of Evans in the Vandeventer neighborhood. A 15-year-old boy had been shot in the chest. He was rushed to a hospital where he died from his injuries. He was identified as Malik Valley. Police said he was shot by a person who was playing with a gun.

At 9:04 p.m., a man was shot and killed in the 5300 block of Cote Brilliante Avenue. Police said Robert Cannon, 36, was killed after being shot outside of a home. A 19-year-old man was found inside with a gunshot wound to his foot. Just after 1 a.m., four people arrived at a hospital with gunshot wounds. They’re all expected to survive. Police believe they were involved in the shooting.

At 12:21 a.m. near N. Garrison Avenue and Montgomery Street, a man was shot multiple times inside a car. He was taken to a hospital where he died from his injuries.

At 1:11 a.m., a 22-year-old woman was shot in the head near Vandeventer and St. Louis avenues. She was rushed to a hospital and listed in critical condition. Police have not released any further updates.

At 1:44 a.m., police responded to a shooting in the 3500 block of Semple Avenue. A 34-year-old man, 21-year-old man and 18-year-old man told police they were inside a car when they heard gunshots. All three were hit by bullets and were taken to the hospital “by unknown means.” The 21-year-old was last listed in critical condition. Police have not released any further details.

About 45 minutes later, a man was shot in the head in the 3600 block of Hamilton. He said he got in an argument with two people he didn’t know as he was leaving the Budget Inn. During the argument, one of the suspects pulled out a gun and shot at the victim, grazing him in the head.

Just before 3 a.m., another man showed up at a hospital with a gunshot wound. He told police he had been shot near N. Garrison Avenue and Hebert Street.

At 3:20 a.m., police responded to a call for a “large crowd” at the BP gas station in the 900 block of S. Broadway. Officers found two men with gunshot wounds. Jaymes Jackson, 21, was killed. The second man was taken to a hospital where he was listed in critical condition.

At 3:52 p.m., a man was dropped off at a hospital with a gunshot wound to his shoulder. The victim told police he was walking near Romaine Place and Hodiamont Avenue when a man got out of a white pickup truck and started shooting at him.

At 1:21 p.m., police responded to the 3600 block of Hebert for the report of a shooting. They found a 27-year-old man who had been shot in his arm and abdomen. The victim said he was in the area to buy drugs when a car drove by and someone inside started shooting at him.

5 On Your Side's Jacob Kuerth, Justina Coronel and Ashley Cole contributed to this story.