"It's hard to believe. It was freezing cold out," said Neighbor Robin Beckerle 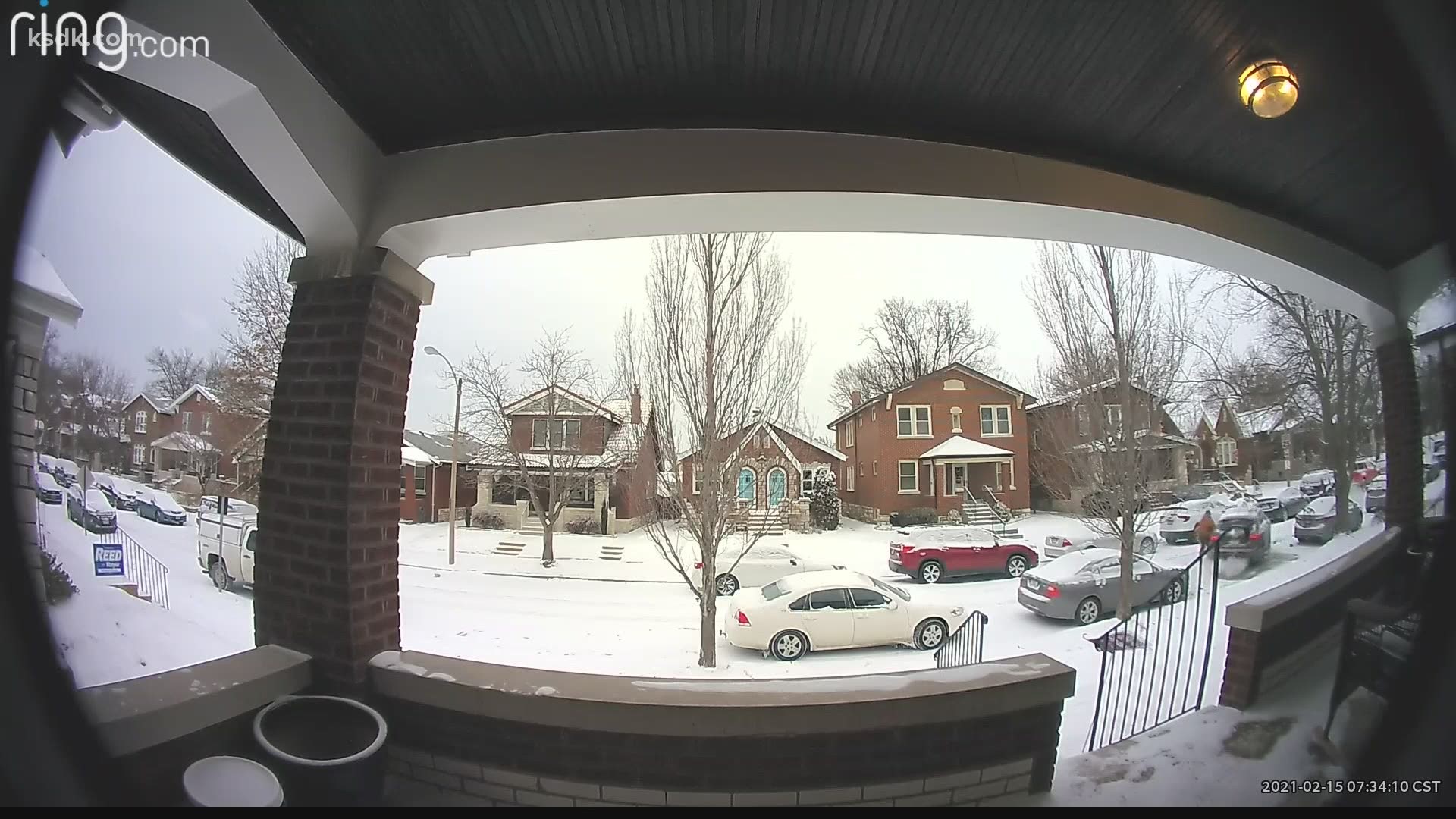 ST. LOUIS — "It's well worth to have some system like that," said Robin Beckerle.

She told St. Louis police early Monday morning when it was dangerously cold outside and a big snowstorm headed our way, her neighbor became a sudden crime victim.

"It was definitely a crime of opportunity," said Beckerle.

"He literally was walking out the door when it happened. It is hard to believe," she added.

Police say the Holly Hills homeowner told them he was standing on his front porch as his car was warming up.

In a flash, Robin Beckerle's ring doorbell system captured a red Ford 150 pull up with three guys inside.

One of the wanted suspects hopped out and then jumped in the victim's 2011, bronze Audi Q5 SUV.

Beckerle said her startled neighbor ran to try to stop the thief from getting away, but her neighbor's SUV door was locked.

"In the video, you can definitely see him trying to break the window of the car and the guy was not gonna get out," said Robin.

Police say the thief quickly put the stolen SUV in reverse, crashed into a parked car and tossed the Audi owner into the side of another parked vehicle.

The 41-year-old victim suffered minor bruises on his hand.

"He's very lucky to not have gotten injured worse than that. It's freezing cold out," Beckerle said.

Despite the freezing temperatures, police say anyone warming up their car should stay in the vehicle at all times.

They also say don't try to stop anyone from stealing your car because that could be dangerous.

And with more snow on the way on Wednesday, Crawford will be extra careful.

"If I warm up my car, I'm gonna be sitting in it and not taking any chances," said Kate Crawford.

As of Tuesday night, police were still looking for the three car thieves.

Right now, they only have vague descriptions of the men.