Two suspects have been arrested 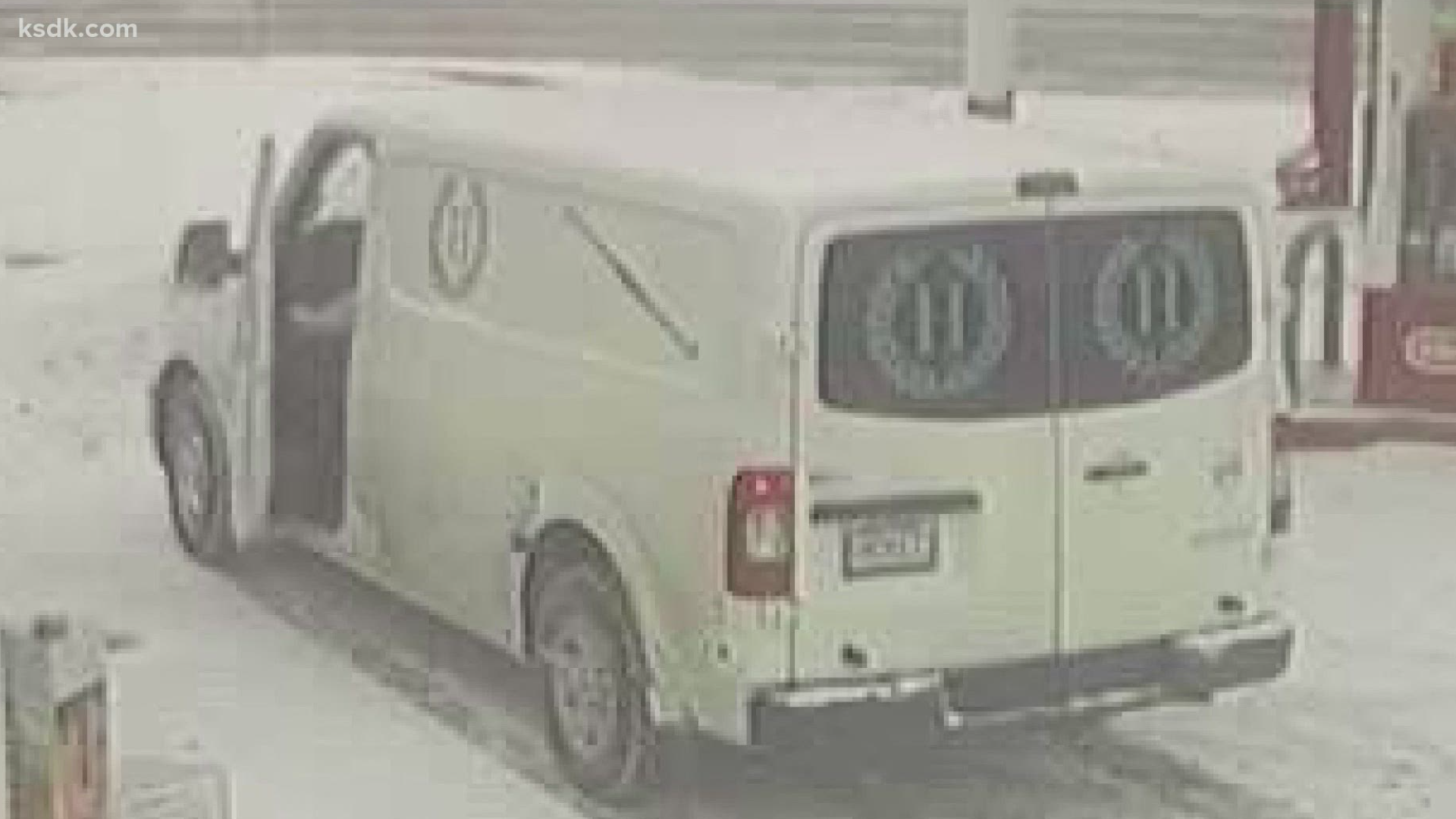 St. Louis County police shared an update on Twitter Friday morning. At around 10 a.m., two suspects were arrested in Festus and the van was recovered.

The van was carrying a woman's body at the time it was stolen and police said the body also was recovered.

Corporal John Beffa with Festus Police says, "We heard that they went through gas stations. Everywhere from Illinois to north St. Louis County and all over the map in the local area."

Friday morning in Jefferson County, a driver saw the van with the description and followed it.

The van pulled in the Walmart parking lot and the driver alerted police.

"The store manager told us they were last seen in the sporting goods aisle. One officer approached on end of the aisle and I approached the other end of it and made contact with the subjects. They were shopping with an empty cart, they said they were shopping," Cpl. Beffa explains.

The two were arrested.

For Beffa, he's glad the body wasn't dumped and was found.

"I’ve never dealt with anything like this before. Plenty of stolen vehicles, but never a stolen hearse with a deceased in it. If it had not been for the concerned citizen paying attention to the news articles and being willing to call police to notify us, we may have not located," he says.

He hopes this can bring some closure to the family.

“THANK YOU for re-tweets, amplifying this to your audiences was a great help,” the St. Louis County department tweeted. “Together, we were able to get her back to her family.”

Thursday morning, police officers responded to the QuikTrip on Lusher Road for a report of a stolen vehicle. Police said the vehicle was left running and unattended in the parking lot when someone got inside and drove away.

Thursday night, police released photos of persons of interest in the case, along with a picture of the van.

2/2. Together, we were able to get her back to her family.