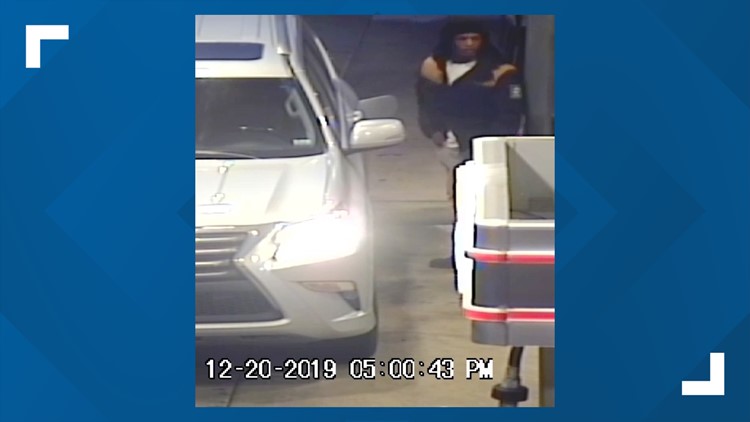 SUNSET HILLS, Mo. — A woman who went to help a man find his money had her Lexus stolen right from the gas pump in Sunset Hills, police reported Thursday.

The theft happened on Friday, Dec. 20 at 5 p.m. at the U-Gas service station at 10743 Watson Road, right near Lindbergh.

The woman parked her 2016 Silver Lexus GX470 at a gas pump and just as she was getting ready to buy gas at the pump a man walked up and said his money blew underneath her car. The woman walked over to the passenger side of her car to help him look for it, but that’s when he got in the driver seat and drove off.

The man was caught on surveillance video committing the crime, according to Sunset Hills police. They released several surveillance photos of him in hopes that someone knows who he is and can help identify him. 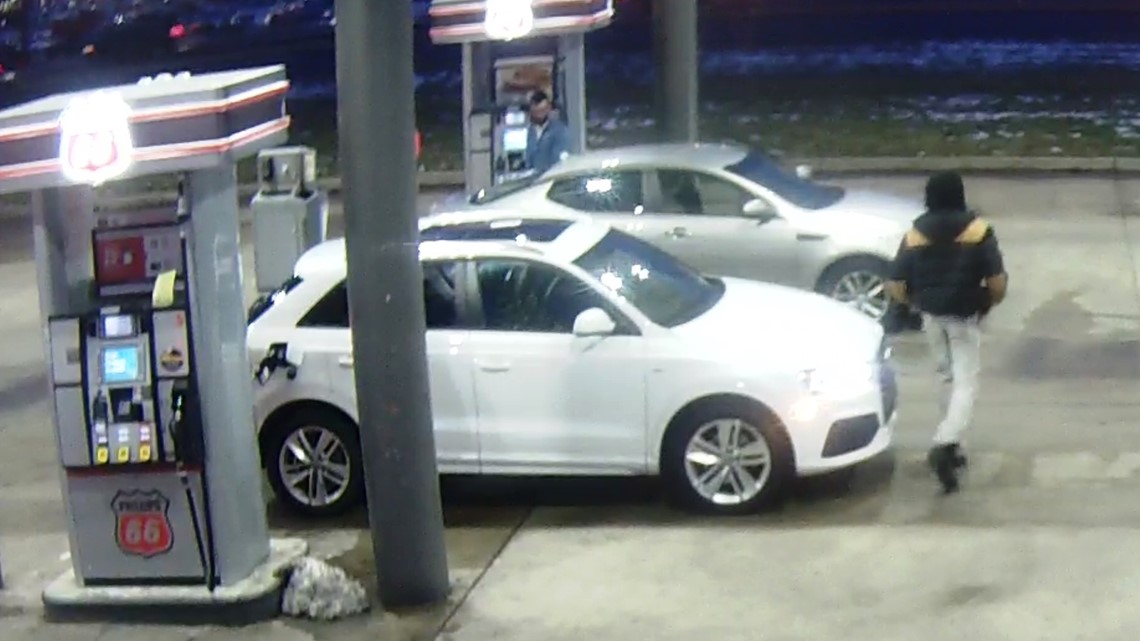 He’s described as being about 5 feet 11 inches tall, weighed about 185 pounds and had shoulder-length hair. The man was wearing gray pants and a black jacket with orange shoulders and orange stripes on the backs of both sleeves. There also was an unidentified white patch on the upper arm of the jacket.

Police said just before walking up to the victim, the man was in the passenger seat of a white Audi at a different gas pump. When the suspect drove off in the woman’s Lexus, the white Audi quickly followed behind.

Anyone with information regarding this theft is asked to call the Sunset Hills Police Department's Detective Bureau at 314-849-4400, Crimestoppers at 1-866-371-TIPS or go to stlrcs.org to submit a tip.