Dylan Woolbright, 17, has been charged with involuntary manslaughter and armed criminal action in the shooting death of Owen Fielder, 13

Dylan Woolbright entered his pleas to involuntary manslaughter and armed criminal action. He is accused of shooting Owen Fielder in the head while at a friend’s mobile home in the 400 block of Mar-Ton Estates.

On the day Owen was shot, Woolbright told police he was sitting on a bed playing with a gun he found in the woods about six or seven months prior. He told police he was taking the magazine in and out of the gun and the gun started to fall out of his hands. When he reached to try and catch it, it went off and he noticed Owen was wounded, according to court documents.

PRIOR COVERAGE: Failure to change or a failed system? | The complexity of charging children as adults

Another juvenile who was there at the time of the shooting told police she was in the same bedroom where Owen was shot, and Owen and Woolbright were talking about guns when Woolbright asked Owen if he wanted to see his gun. Woolbright got his gun from between the wall and mattress and handed it to Owen before Owen gave it back to Woolbright, according to the documents.

Woolbright then moved the slide and pulled the trigger. The witness told police she saw Woolbright play with the gun by removing the magazine and ammunition to make it safe and then pulling the trigger to hear it click. She told police Woolbright takes the gun to make drug deals and charges the weapon beforehand, according to the documents.

A judge determined Woolbright should be charged as an adult due to a pattern of offenses.

Woolbright’s next hearing is set for Jan. 27.

PRIOR COVERAGE: 'Beyond rehabilitation' | 16-year-old charged as adult in shooting death of 13-year-old in St. Charles County 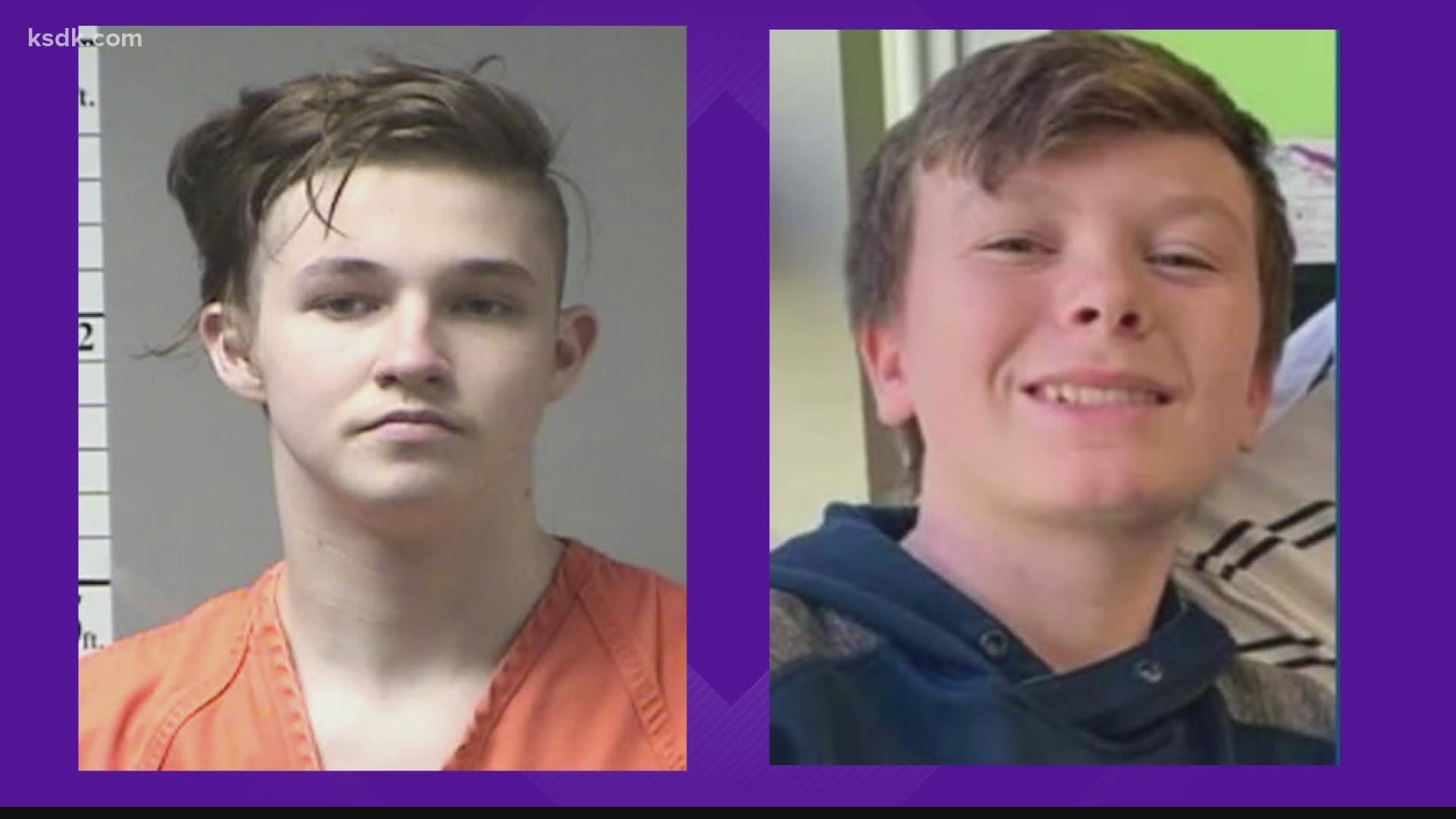