'The kids are here without their mother on Mother's Day now' | Neighbors react to O'Fallon, Missouri murder

Neighbors say the couple lived together with three children who were home at the time of the shooting. 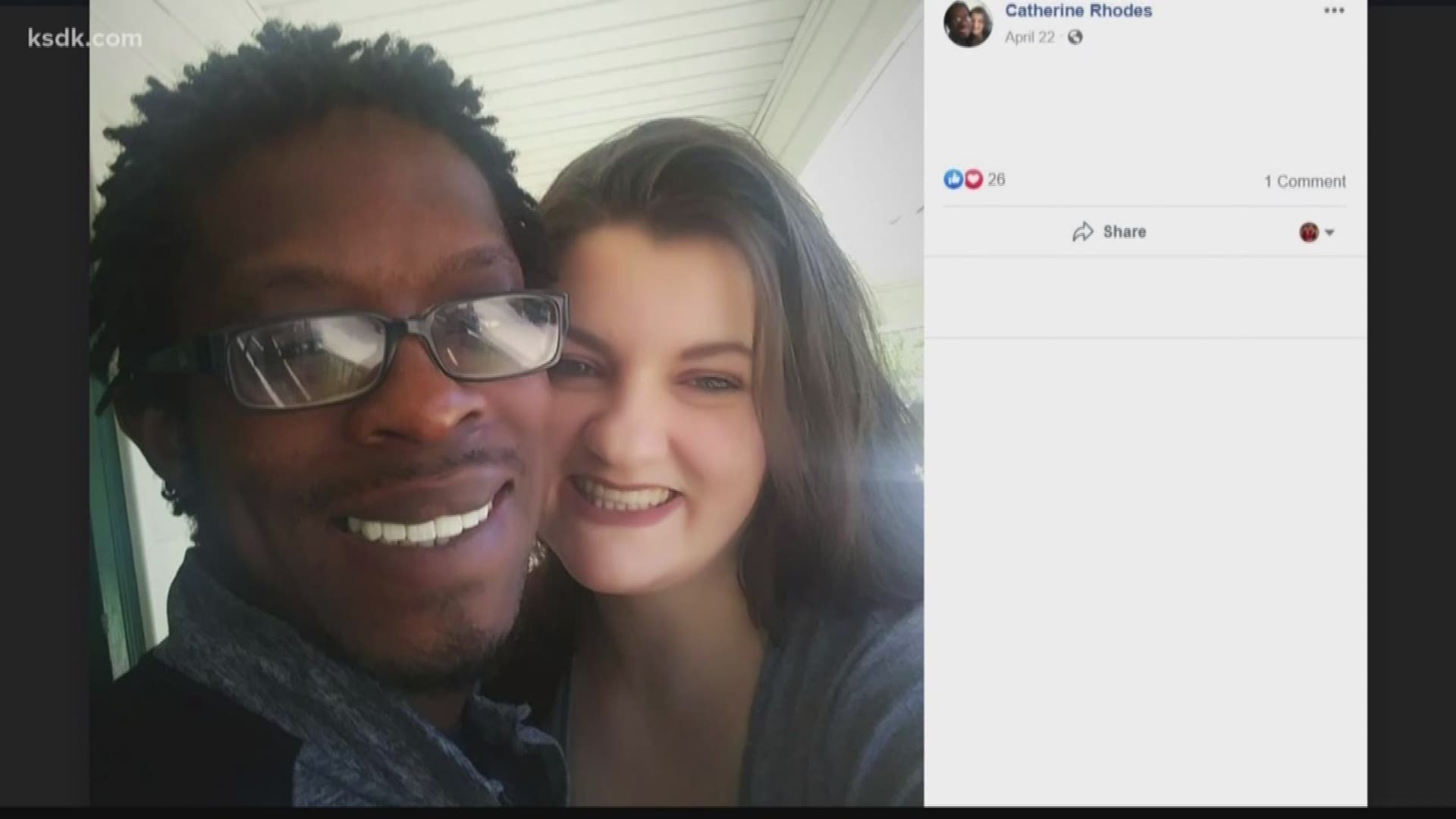 O'FALLON, Mo. — When Catherine Rhodes changed her Facebook profile picture on April 22, she chose a photo that showed her smiling and posing at her apartment complex.

But anyone visiting Rhodes' home Sunday would find yellow crime scene taping crisscrossing the green door in her profile photo.

"He heard them arguing, then he heard a woman scream," next door neighbor Joseph Fox said, whose son heard the Rhodes arguing Saturday through their shared wall.

Her husband — 32-year-old Jamal Rhodes — was arrested for her murder.

"I've only talked to him one time briefly, and it was maybe a week ago when he was having an argument with one of the tenants downstairs," Fox said.

Neighbors said the complex is normally quiet, but Zachary Bouck started shooting a video on his phone when police arrived.

"They had seven cop cars on this street," Bouck said. "They had an ambulance. They had a fire truck, and then apparently they had more cop cars along the back side."

Neighbors say the couple lived together with three children who were home at the time of the shooting.

"The thing I'm most sad about is the kids are here without their mother on Mother's Day now," Bouck said.

Prosecutors charged Rhodes with first-degree murder, armed criminal action and felon in possession of a firearm.

Jamal Rhodes pleaded guilty to possession of a controlled substance in November 2007 and was sentenced to five years in prison. He was released on probation for five years in February 2011.

In April 2013, he pleaded guilty to domestic assault charges from December 2012, thus violating his probation. He was sentenced to four years in prison to be served concurrently with his possession sentence.