New Life is offering a $1,000 reward if the statue is returned intact. “No questions asked,” Rice said. “Just return the statue.” 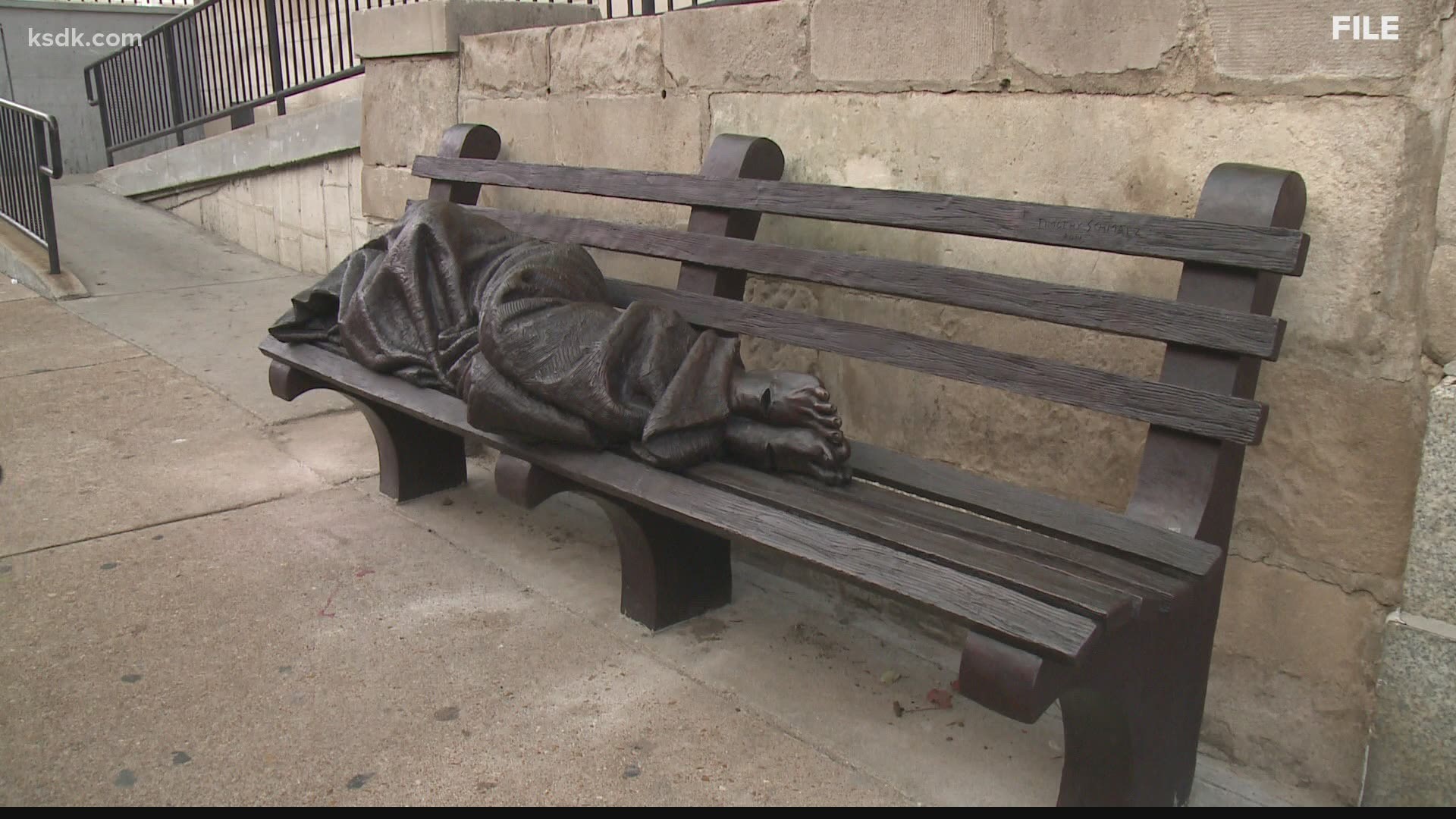 ST. LOUIS — Some persistent thieves stole a statue of Jesus as a homeless man sleeping on a bench.

The Rev. Larry Rice said the statue that was taken from outside the New Life Evangelistic Center in St. Louis was valued at about $33,000.

Police arrested a man Tuesday night who first tried to cut the sculpture away.

Three days later, two men cut the legs of the bench holding the statue right above the concrete. They fled without taking the statue Friday morning.

But Rice said that after two trainees lifted the statue back onto the sidewalk outside the closed homeless shelter, thieves returned in a vehicle and took the statue when it was left unattended Friday.

Rice told the St. Louis Post-Dispatch that he's worried the 400-pound bronze statue will be cut into pieces and sold for scrap. New Life is offering a $1,000 reward if the statue is returned intact.

New Life's homeless shelter was closed in 2018 after a long-running legal battle with the city. It was allowed to reopen later that year as a “church, office, retail & inside storage."

On Monday, St. Louis police released surveillance photos of a white Ford pickup truck that may have been involved. Anyone with information should contact St. Louis police at 314-444-2500 or CrimeStoppers at 866-371-TIPS (8477) to remain anonymous.

RELATED: Pastor sues St. Louis after being ticketed for giving food to homeless

RELATED: Suspect in St. Louis County triple homicide went to woman’s home ‘with the purpose of killing her’