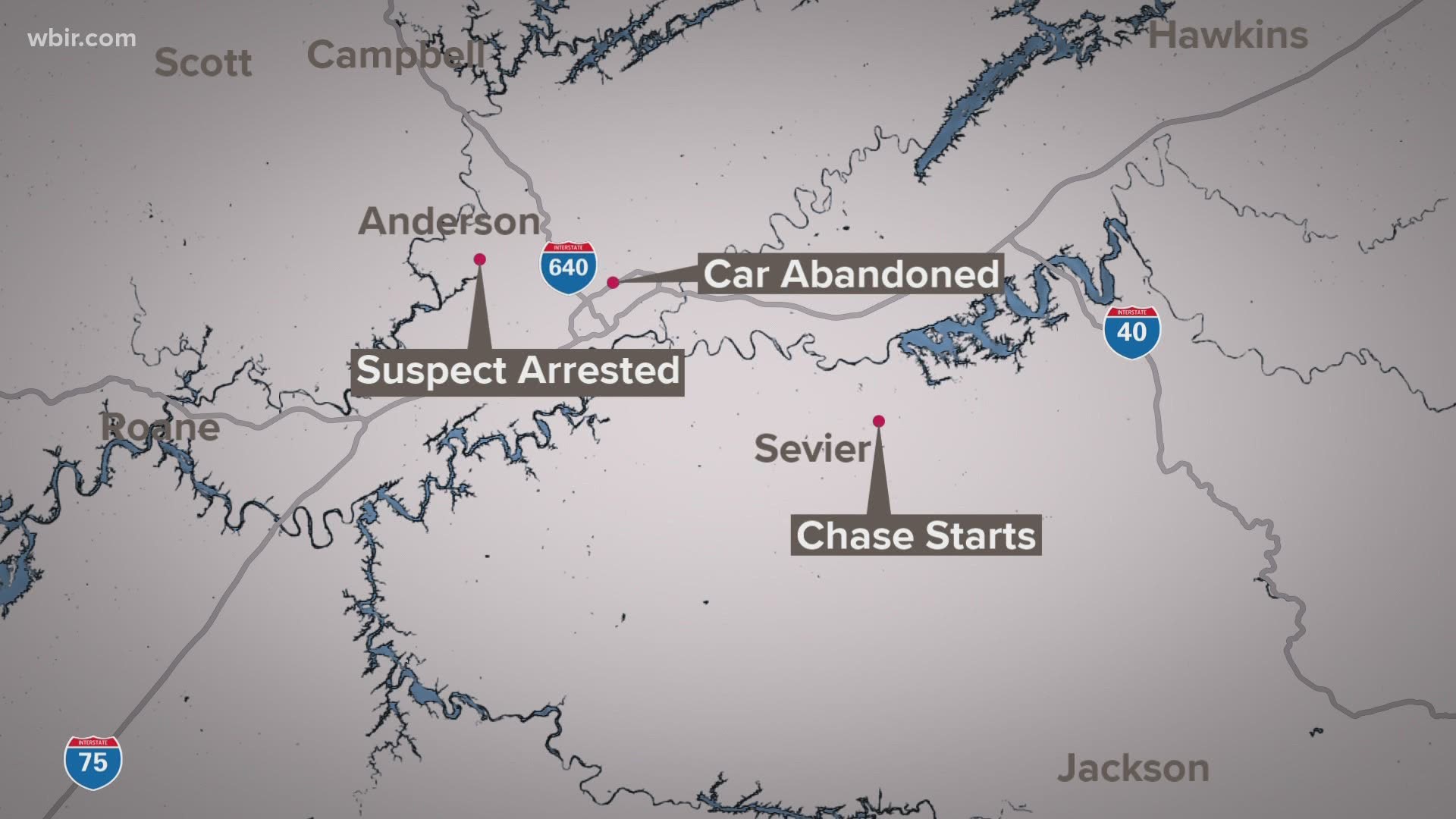 SEVIER COUNTY, Tenn. — The Tennessee Highway Patrol said a man led them on a chase through Sevier, Knox and Anderson counties after allegedly shoplifting.

Sevierville Police said the man was one of several suspects in the shoplifting incident. His car was seen traveling north on Highway 66 at a high speed, but officers did not attempt to stop the car.

According to THP, a trooper tried to pull Oryan Shaun Soles over in Sevier County for speeding along State Route 66 around 3:33 p.m. Wednesday.

Soles then headed west on I-40 heading to Knox County at a high speed, THP said.

THP said Soles took the Strawberry Plains exit along I-40 to attempt to evade the trooper but then got back on I-40.

The trooper stopped the chase then for safety reasons, THP said.

Sole's car was later found abandoned on Broadway near the Greenway in North Knoxville.

THP found Soles at his home off Gadsontown Lane in Anderson County and took him into custody.

Sevier County Police Department is still investigating the alleged shoplifting, where possible stolen items were found in the vehicle.