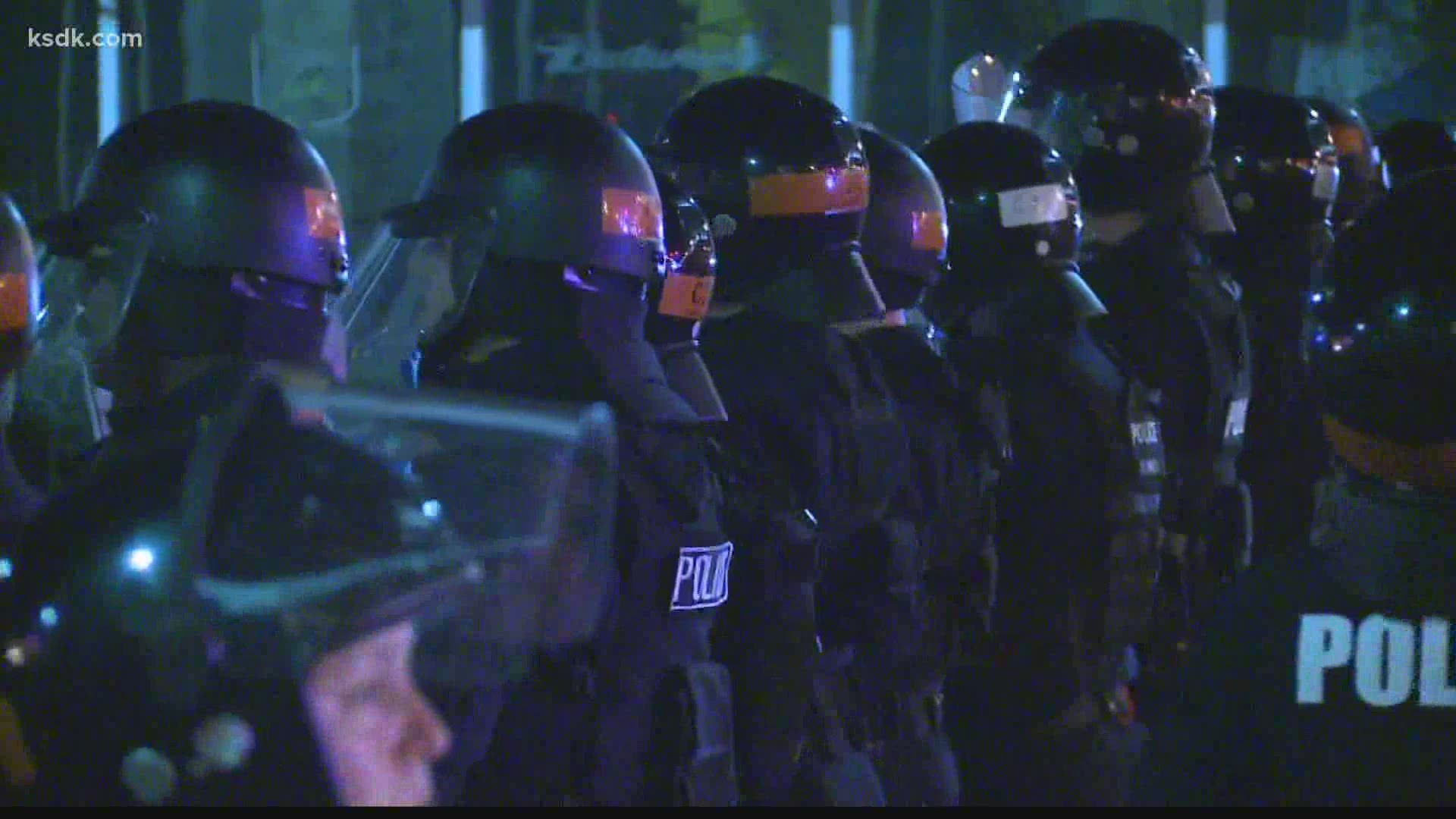 ST. LOUIS — On the second day of the trial for three white St. Louis police officers accused of beating a Black undercover colleague during a protest, defense attorneys began laying blame on other police officers, commanders and the victim himself.

Former officers Christopher Myers and Dustin Boone along with current Officer Steven Korte have been federally indicted for the beating of Officer Luther Hall on the night of Sept. 17, 2017. Two other former St. Louis police officers, Randy Hays and Bailey Colletta, have already pleaded guilty for their roles in the assault, which federal prosecutors say left Hall in need of two spinal fusions as well as an injured jaw.

An all-white jury was seated in this case Tuesday, which includes three women and nine men. Two of the four alternate jurors are Black, one woman and one man.

Rogers said there was “institutional chaos,” in the department after a judge acquitted former Officer Jason Stockley of a murder charge for the killing of a suspected Black drug suspect in 2011 and protests ensued.

He said there was no communication from the “higher ups” about officers working undercover like Hall did.

“Nobody knows there are Luther Halls on the street,” Rogers said.

Kilgore’s attorney argued photos would show Boone did not assault Luther Hall. Prosecutors have accused Boone of kneeling on Hall’s back and forcing his head into the sidewalk.

In their opening statement, prosecutors noted how Boone tried to contact Hall via text messages and apologize.

Kilgore said his client wanted to apologize because he later found out how hurt Hall was and to let him know he didn’t believe what happened to Hall was OK.

Kilgore and Rogers also attacked the credibility of Hays, who pleaded guilty to assaulting Hall.

“Dustin Boone has never shied away about being at that corner and told his sergeant everything he did,” Kilgore said. “Hays minimized his major role in the assault.

“The evidence will show Boone did not hit or kick Luther Hall.”

Prosecutors first called Hall’s partner, Officer Lewis Naes, to the stand. He said he, too, was arrested that night while working undercover. Naes is white. He said the officers who tried to arrest him were Black.

"No. It was very choreographed, very slow and deliberate like we’re taught in the academy. It was textbook."

Attorney Scott Rosenblum, who is representing Myers, focused in on Naes’ description of how he approached officers, noting that he raised his hands and walked toward them.

Rosenblum and Rogers noted how Hall “secreted” himself in a small space between a generator and an electrical utility box and how officers kept shouting at him to show his hands because he wouldn’t.

The defense attorneys also grilled Naes about an internal memo he wrote and how he pulled an incident report about the night, accusing him and other officers loyal to Hall of conducting a "rogue investigation," based on nothing more than rumors.

Costantin noted the extent of Naes' "own investigation" was simply "running a copy of the report."

Jurors also heard Wednesday from another officer who works in the department’s Real Time Crime Center, where about 700 cameras feed into the police department as well as a St. Louis American photographer who captured part of the assault on Hall.