ST. LOUIS — Five people were killed and six others were injured in shootings in the City of St. Louis less than 12 hours into 2020.

Less than 10 minutes into the new year, officers responded were called to the area of Lotus and Euclid Avenues in north St. Louis where a male teenager was shot in the upper leg. He was expected to be OK.

About 10 minutes later, police responded to the intersection of S. Jefferson Avenue and Crittendon Street in the city's Benton Park neighborhood. When they arrived, they found three people fatally shot. One other person was shot in the leg.

The victims' ages and genders were not provided.

Just before 2 a.m., police responded to the 3400 block of Wyoming Street, southeast of Tower Grove Park. One man in his early 20s was shot in the leg and is expected to survive, police said.

At 2:41 a.m., a man was fatally shot in the 5400 block of Genevieve Ave. on the city's north side. Another man who was conscious and breathing was taken to a St. Louis hospital, police said.

About an hour later, at 3:46 a.m., a woman in the 3000 block of North 25th Street in the St. Louis Place neighborhood suffered a graze wound to her head. She refused medical treatment.

The fifth death happened just after 11 a.m. Wednesday in the 1200 block of North Euclid. According to police, a male was found shot. He was neither conscious nor breathing when police arrived. An hour later, police said the man died from his injuries.

At around 8 p.m., police were called to a shooting near the intersection of Natural Bridge Avenue and Union Boulevard in north St. Louis. When they arrived, police found a man with a gunshot wound to the chest who was unconscious and barely breathing. An update on his condition has not been provided. 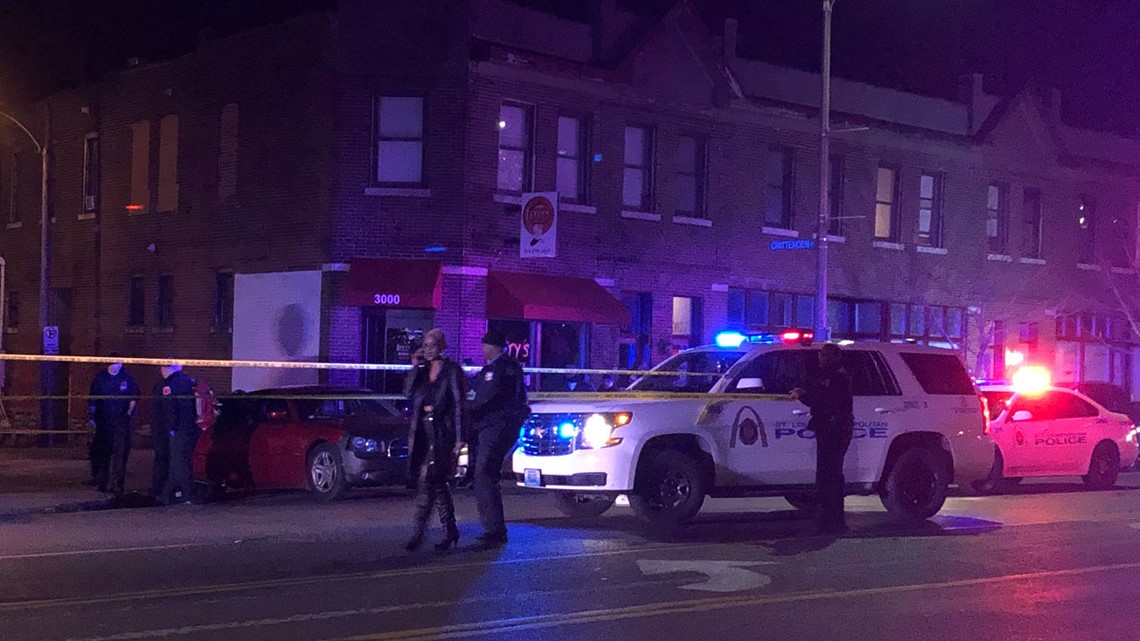 9 people shot-4 fatally-in first hours of new year
ST. LOUIS - Four people were fatally shot and five other people were injured in St. Louis in the first three hours of 2020, police said. Less than 10 minutes into the new year, officers responded to the 4900 block of Lotus Ave. where a male teenager was shot in the upper leg.

RELATED: Illinois' lifting of statute of limitations for sex-crimes goes in effect Jan. 1

RELATED: Woman robbed at gunpoint at her front door in the Central West End