2 Wash U students robbed at gunpoint

According to a crime alert issued by the university, both robberies happened near each other around 12:30 a.m. 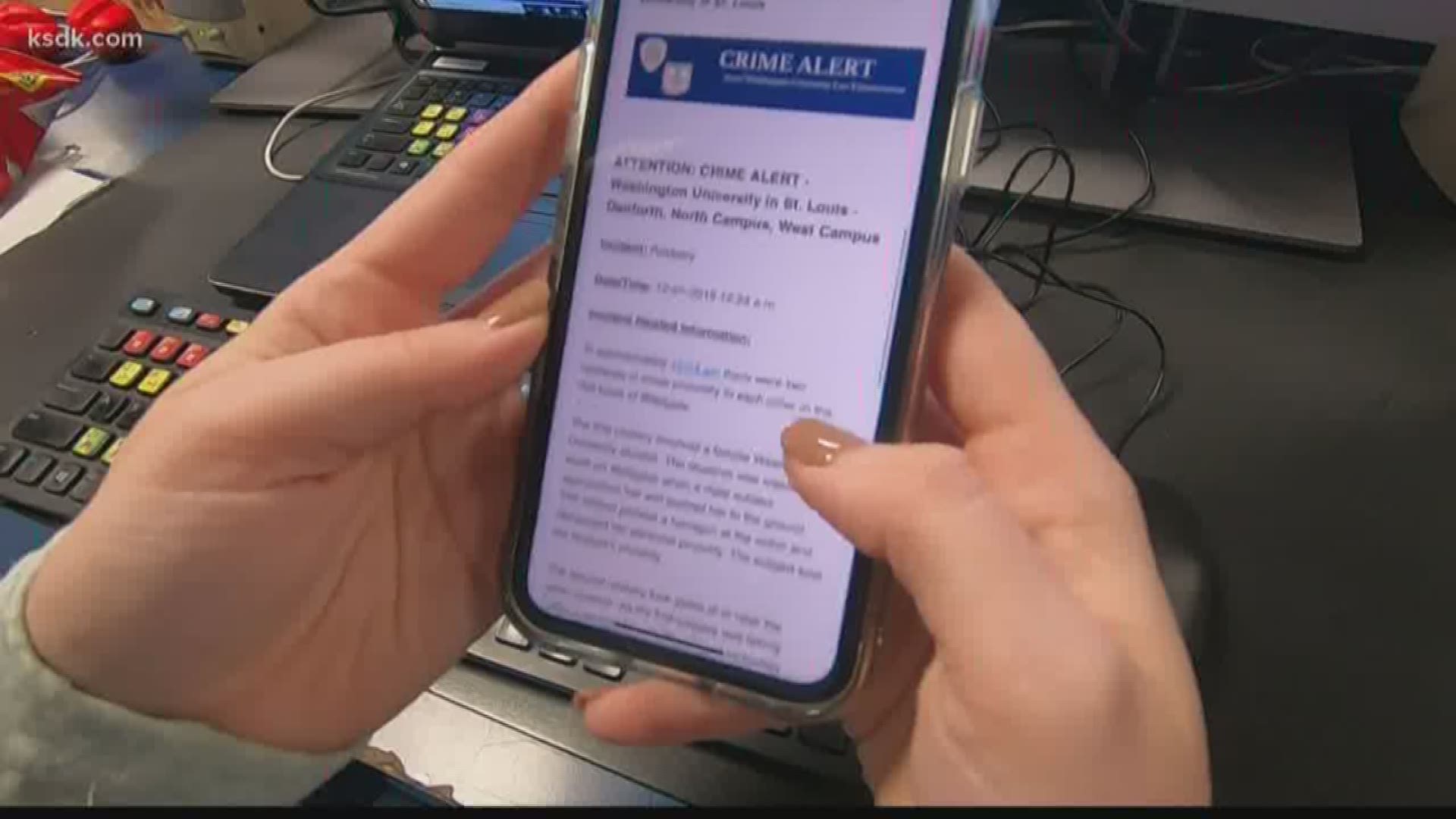 UNIVERSITY CITY, Mo. — An investigation is underway after two Washington University students were robbed at gunpoint early Saturday morning near The Delmar Loop.

According to a crime alert issued by the university, both robberies happened near each other in the 700 block of Westgate around 12:30 a.m.

In the first robbery, a woman was walking south on Westgate when a man approached her and pushed her to the ground. The robber pointed a gun at her and demanded her personal property.

The second robbery happened in the same area. A second student was walking in the opposite direction when another robber approached her. The university said the robber appeared to be armed with a rifle and he demanded the student’s property.

Both robbers got into a dark-colored vehicle parked nearby and drove away from the area.

Through a Crime Alert email from Washington University Law Enforcement, they sent out a list of precautions:

"Be alert to your surroundings. Do not sit in your car to text or use electronic devices, and be observant while walking. If you suspect you are being followed, run in a different direction; go to the other side of the street and yell or whistle for help; or head quickly to a lighted area, a group of people, or business.

Carry a whistle to summon help.

Be extra cautious if someone approaches you or your vehicle and asks for information or if someone asks to use your cell phone.

If you are confronted by a thief, give them what they want and don’t chase them as they leave. Report suspicious persons or activity immediately to the police.

The investigation is ongoing and anyone with information about the incident is asked to call the University City Police Department at 314-725-2211, Ext. 8010 or Crime Stoppers at 866-371-TIPS.