'Gloria' has even spread to California! David Freese got some extra Blues-themed motivation during one of his at-bats this weekend. (Oh yeah he also hit a home run later in the game) 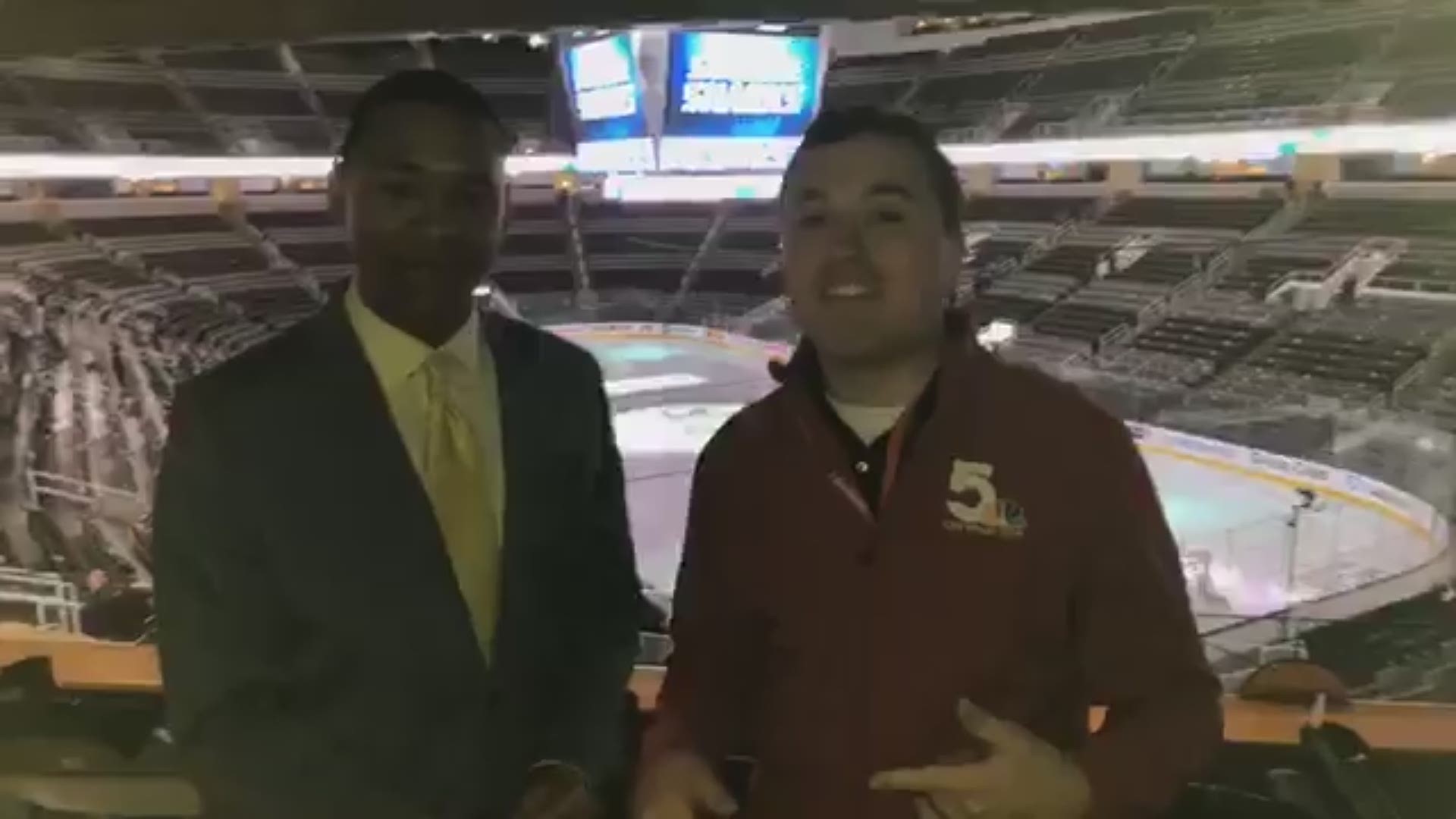 The Blues' unofficial rally song of "Gloria" by Laura Branigan seems to be spreading all the way to California.

RELATED: Is Pat Maroon's goal the greatest Blues moment? Depends on who you ask

RELATED: David Freese reflects on his return to Busch Stadium, maybe for the last time

RELATED: Opinion | Give David Freese all the ovations

Hometown kid Freese has been seen at Blues games over the years, and still feels a strong connection to St. Louis, as he told us during the Dodgers trip here earlier in 2019.

Freese's incredible game six in the 2011 World Series against the Dodgers has been on the minds of a lot of St. Louis sports fans lately, after hometown Blues forward Pat Maroon scored the double overtime game seven winner against the Stars.

The Dodgers organist might have another motive to playing "Gloria" as well.

The Los Angeles and San Jose fanbases are pretty big rivals, so the stadium organist was also probably giving a little dig to the Sharks as as well.

RELATED: You're going to love to hate these Sharks in round 3

As is sometimes said, "The enemy of my enemy is my friend."

Freese struck out in that at-bat, but went on to hit a home run later in the game.

I'm not saying he should credit "Gloria" for all of it, but it certainly didn't hurt!