The Immune Deficiency Foundation said the plasma supply is tight globally because the need for plasma and plasma-derived products grows each year. 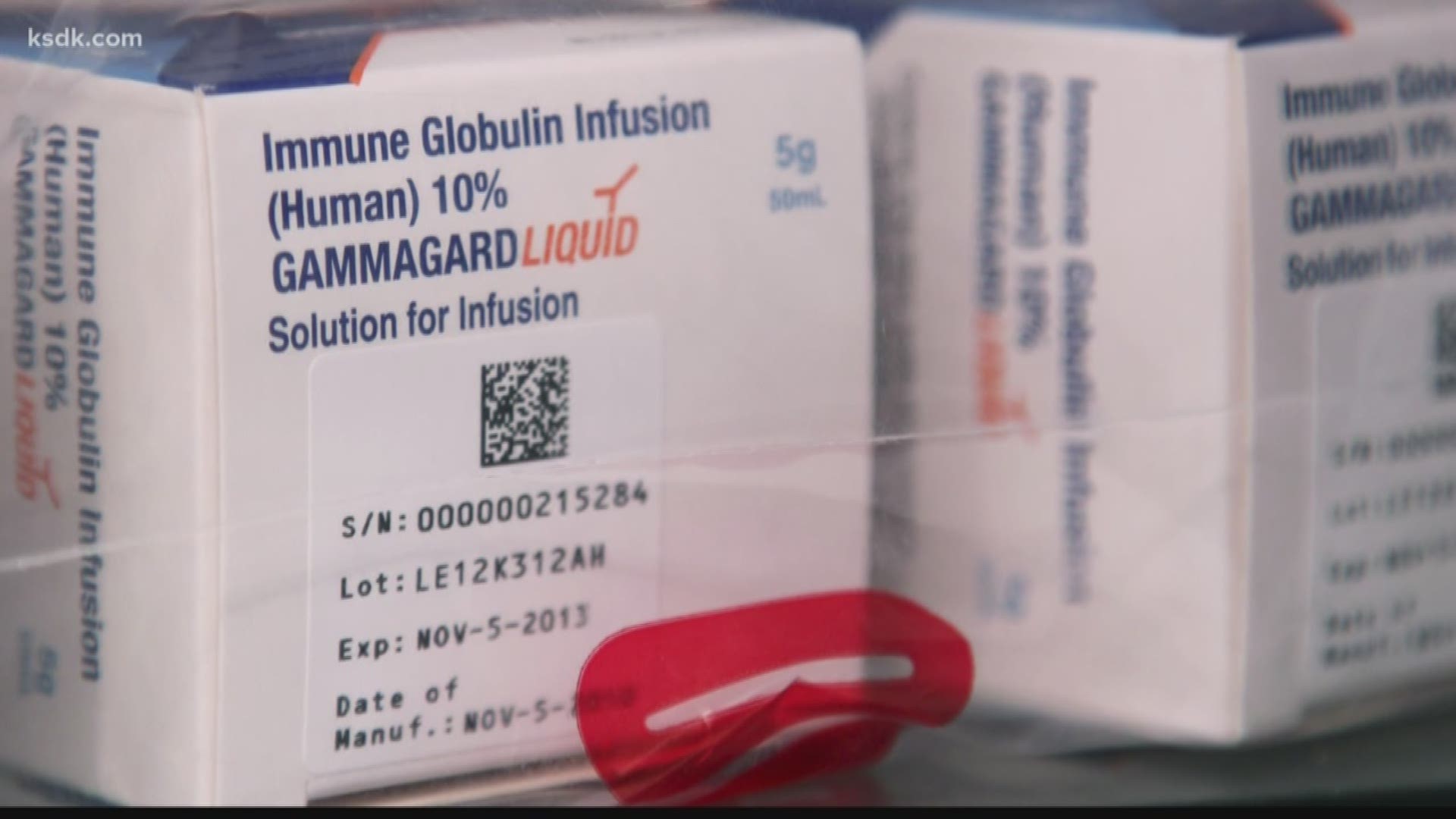 ST. LOUIS — A current drug shortage isn't the first time Colleen Riley has worried about her adopted son, 26-year-old Dominick. He was born addicted to heroin and doctors predicted Dominick would only live a few months.

"When he was a baby, he was in the hospital 21 out of 30 days a month for the first year of his life. His life expectancy was only six months," said Colleen Riley. "He's made milestones that they never thought he would."

"Dominick was born with selective antibody disorder. He receives Gammagard infusions every three weeks and has for the last 25 years. Right now we're at a standstill on his treatments because they don't have the plasma for the Gammagard, so he's not going to receive that medication and his next infusion, they are going to use a different medication that we've tried that in the past and had very bad results with it," said Colleen Riley.

It takes seven to 12 months to produce Gammagard, but only if there is enough blood plasma. The current shortage is expected to last through 2019 because of increased demand and not enough plasma donors.

"There's a nationwide shortage and I've called all over the world trying to find this Gammagard and I can’t find it," said Colleen Riley, "and the hospitals say they can’t get it."

Meanwhile, the infant who wasn't supposed to live has become an accomplished gymnast, excelling in tumbling and trampoline. Last month at the United States Trampoline and Tumbling Championships in West Virginia, Dominick finished first in tumbling.

"I felt like I accomplished my goals," said Dominick Riley.

"He just came back from nationals, where he placed first place in tumbling and second place in double mini and trampoline. He's been national champion the last three years," said Colleen Riley.

If Colleen can't figure out how to get Gammagard for her son, more than his tumbling and trampoline competing will suffer.

The Immune Deficiency Foundation said the plasma supply is tight globally because the need for plasma and plasma-derived products grows each year. Also, the complex nature of manufacturing Gammagard means it takes time to increase the supply. The Red Cross told 5 On Your Side its plasma collections are not specifically for Gammagard, instead going to hospitals for whatever use they determine.

There is no easy solution for the Rileys.

"I’m extremely worried that we’re not going to get the medication that he needs."

RELATED: Research into rare Bourbon virus using strain from Missouri woman who died from it