There were some native species, like cardinals and cicadas, who were chirping frequently throughout the eclipse. 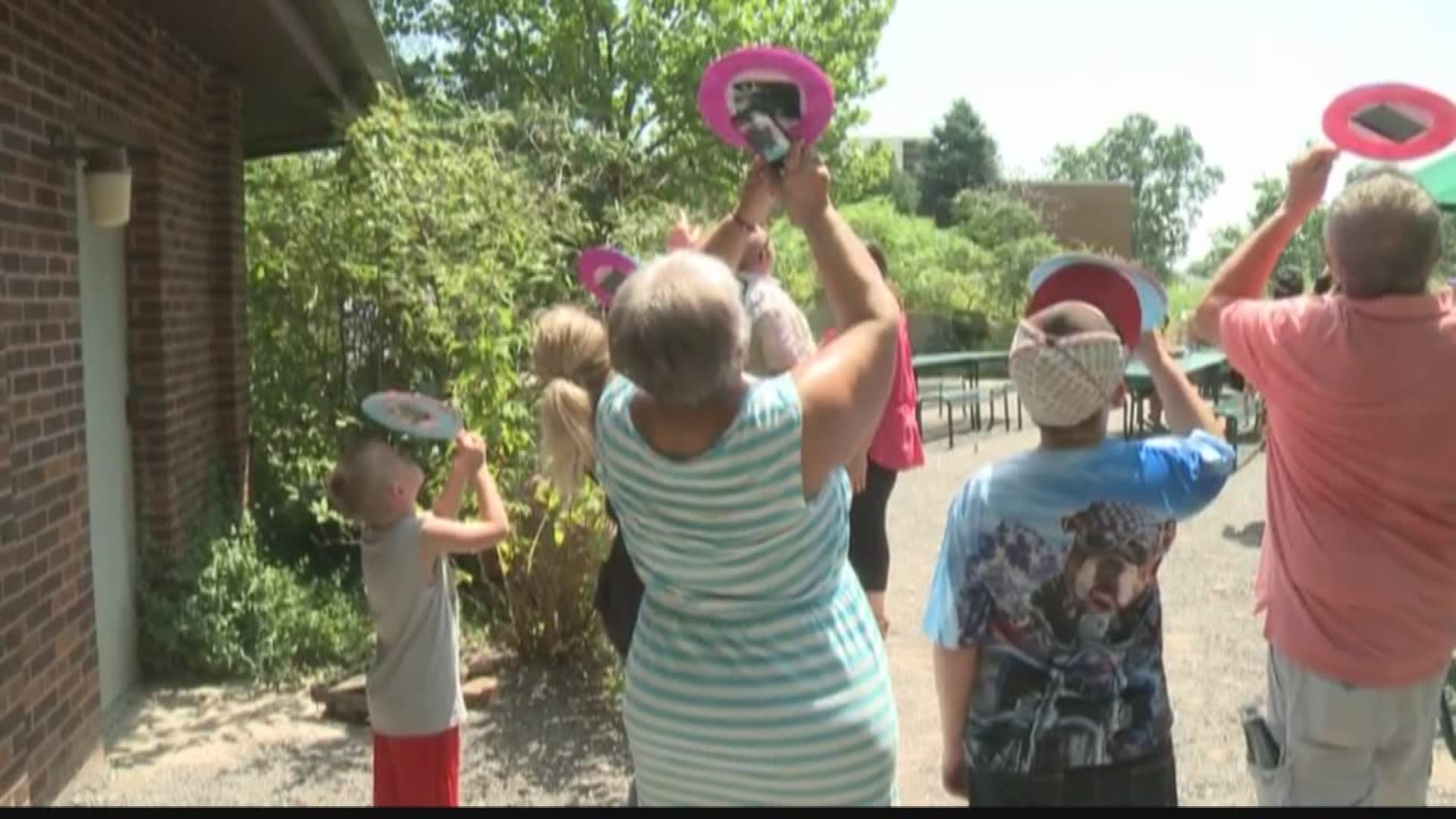 Many across the country had been asking questions about how their pets and other animals would react to Monday’s total solar eclipse. Some even made the St. Louis Zoo their viewing location, not only to check out the eclipse, but also because they were curious about the animals' response to the sudden darkness.

There were parts of the St. Louis Zoo that had a front row seat to view the total solar eclipse.

"It's an experience you don't get every day," said Jaime Gray, a resident Edwardsville, Illinois.

The Gray family also came to see how the animals would react.

"We decided that coming to the zoo would be the best chance of experiencing it all," Mary Gray, Jaime’s mother said.

The zoo’s curator Ed Spevak said the animals didn't know what’s going on in the sky.

"For most animals, the sun is there [and] the sun is not there, it's not part of their routine to look at it," he said.

Yet, Spevak said animals are likely asking what is all the hype about? He said they’re probably thinking, "what are you guys are so excited about?"

Spevak said they were more confused on what to do once the totality of the eclipse was taking place, he said.

"Well, to them it was a short night,” he said. "They're going to think it's the end of the day, zoo's closing, so they may start wandering back to inside the habitat."

It was a very short day for eclipse viewing at the zoo. The totality of the eclipse lasted about eight seconds. During the total eclipse, a majority of the animals' behavior didn't change. But, some insects and bird’s did.

“The birds were torting and tweeting like crazy and then they stopped as soon as it got dark,” said Billy Brennan, the director of public relations. “Right now, we haven't heard a bird yet or seen one fly by."

Most of the animals couldn't care less about what was going on with the eclipse. There were some native species, like Cardinals and Cicadas, who were chirping frequently throughout the eclipse. Animals rely on light and darkness for certain routines, like getting food and sleep.

So, when the moon started to cover the sun, the night insects and birds started making noise and the day light animals became quiet.

But, once the sun came back out, the animals went back to their daily lives.

And as for the people who were watching the eclipse, they can’t wait to see it again in 2024.