Thousands turn out in Ste. Genevieve for eclipse

Thousands of people filled Ste. Genevieve for a chance to see a total solar eclipse. 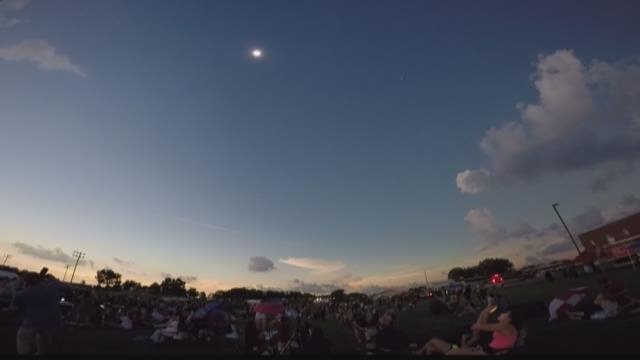 In this southeast Missouri town founded in the early 1700's history is part of its identity. Monday, thousands showed up to witness more of it.

Ste. Genevieve is about 60 miles south of St. Louis just off Interstate 55. Its population is just over 4,000 and organizers estimate at least that many more showed up to view Monday's total solar eclipse.

Clouds were a concern for most of the day, but when it was time for totality just after 1:18 p.m. the clouds parted and the sky put on a show. And as the moon and the sun seemed to occupy the same space, those who witnessed it seem closer, too.

"For that short moment of time...everything that may divide us may cause riffs didn't matter," said Jay Jossline who traveled to Ste. Genevieve from Asheville, North Carolina.

Hotels and campsites booked up months in advance here with visitors arriving from several states and countries as far away as China.