We've heard of learning co-ops and the rush for in-home help. But now, there’s a school that will teach your child until their school reopens. 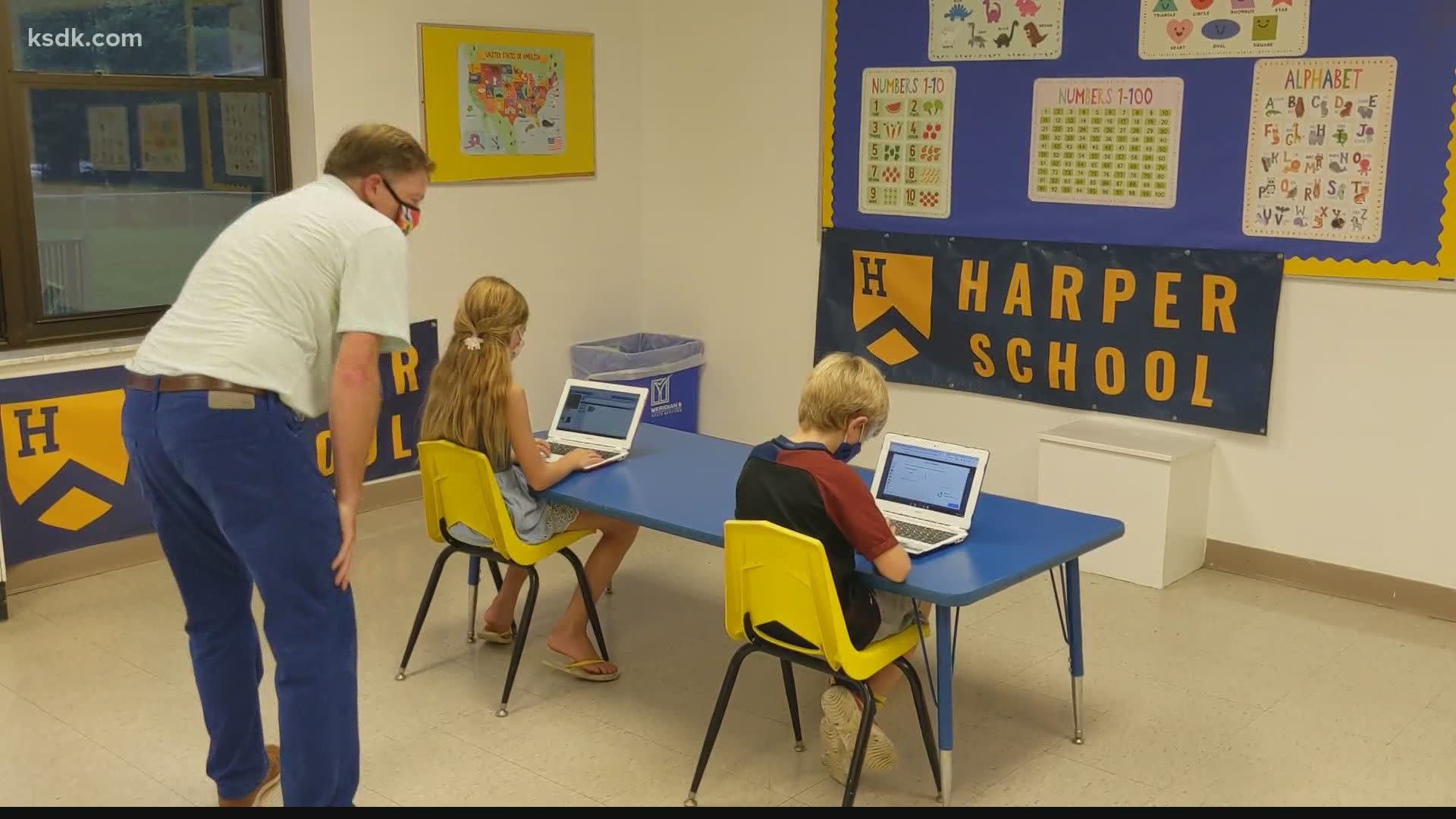 TOWN AND COUNTRY, Mo. — When it comes to virtual learning, parents are getting creative.

We've heard of learning co-ops and the rush for in-home help.

But now, there’s a school to replace your child’s school.

Harper Hybrid opened in west St. Louis County Tuesday. It is an in-person school for kindergarten through fifth grade students whose regular school is closed.

Parents can choose anywhere between two to five days a week. The program is month-to-month and when their regular school reopens, the founder says there's no further obligation.

Wagner says Harper Hybrid is operating under the rules and regulations of the State of Missouri Department of Elementary and Secondary Education and the City of Town and Country. The school can enroll up to 150 students.

Wagner is currently the president of Harper School, a preschool in Frontenac, Missouri. He also founded Stratford School in Silicon Valley, California.

RELATED: Granite City teachers come up with way to connect with students during virtual learning