ST. LOUIS — The union representing St. Louis teachers is calling for a statewide mask mandate, a proposal that also has the backing of Missouri's two largest teacher organizations.

The interim president of the American Federation of Teachers St. Louis Local 420, Ray Cummings, said in a statement late Monday that it's time for Republican Gov. Mike Parson "to follow science and the advice of health care professionals" in issuing a mask mandate.

MSTA spokesman Todd Fuller said the association supports following science and the recommendations of the Centers for Disease Control and Prevention.

"With that in mind, MSTA would support a statewide mask mandate," Fuller said.

Missouri hospitals are filling fast with COVID-19 patients. The state health department's COVID-19 dashboard on Tuesday cited 2,454 hospitalizations, down 71 from Monday but still seven times the number of patients who were hospitalized in July. Intensive care unit availability is down to 30% capacity statewide, and even worse in some areas — 12% in northeast Missouri, 13% in the northwestern part of the state, and 19% in Kansas City. St. Louis hospitals reported new records for hospital admissions and total hospitalizations.

Last week, the leaders of the St. Louis Metropolitan Pandemic Task Force and the Missouri Hospital Association urged Parson to issue a statewide mask mandate to slow the spread of the virus.

So far, Parson has encouraged Missourians to take preventative steps that include wearing a mask, but has adamantly opposed a mandate.

Education unions and associations are increasingly urging stricter guidelines as the pandemic surges across the U.S.

In West Virginia, the state's largest teacher organization called on Republican Gov. Jim Justice to take public schools online-only through the end of the year. Justice has barred in-person instruction from Thanksgiving through Dec. 3, but the West Virginia Education Association said in a statement that officials should go further.

The Illinois Federation of Teachers asked Democratic Gov. J.B. Pritzker to close school buildings. IFT President Dan Montgomery also called on Pritzker and the state health department to "establish and enforce clear metrics for schools to guide them for any future closures, so that individual districts and school boards can ensure safety within their communities and create plans for executing remote learning or in-person instruction based on science and positivity rate data."

The Nebraska State Education Association on Monday called for a statewide mask mandate in classrooms. The group released a survey of 6,500 teachers showing that 92% support a requirement that teachers and students wear face coverings, and that about a quarter of teachers plan to leave the profession by the end of the school year.

Republican Gov. Pete Ricketts stood by his opposition to a statewide mask mandate but, like Parson, urged residents to voluntarily wear masks

The surge of cases shows no signs of letting up. Missouri reported 5,717 new cases Tuesday, one of the highest one-day totals since the onset of the pandemic. The state also reported 67 additional deaths but noted that 42 of them occurred earlier -- one in September, 37 in October and four earlier in November. The state has now seen 248,886 COVID-19 cases and 3,453 deaths since the pandemic began. 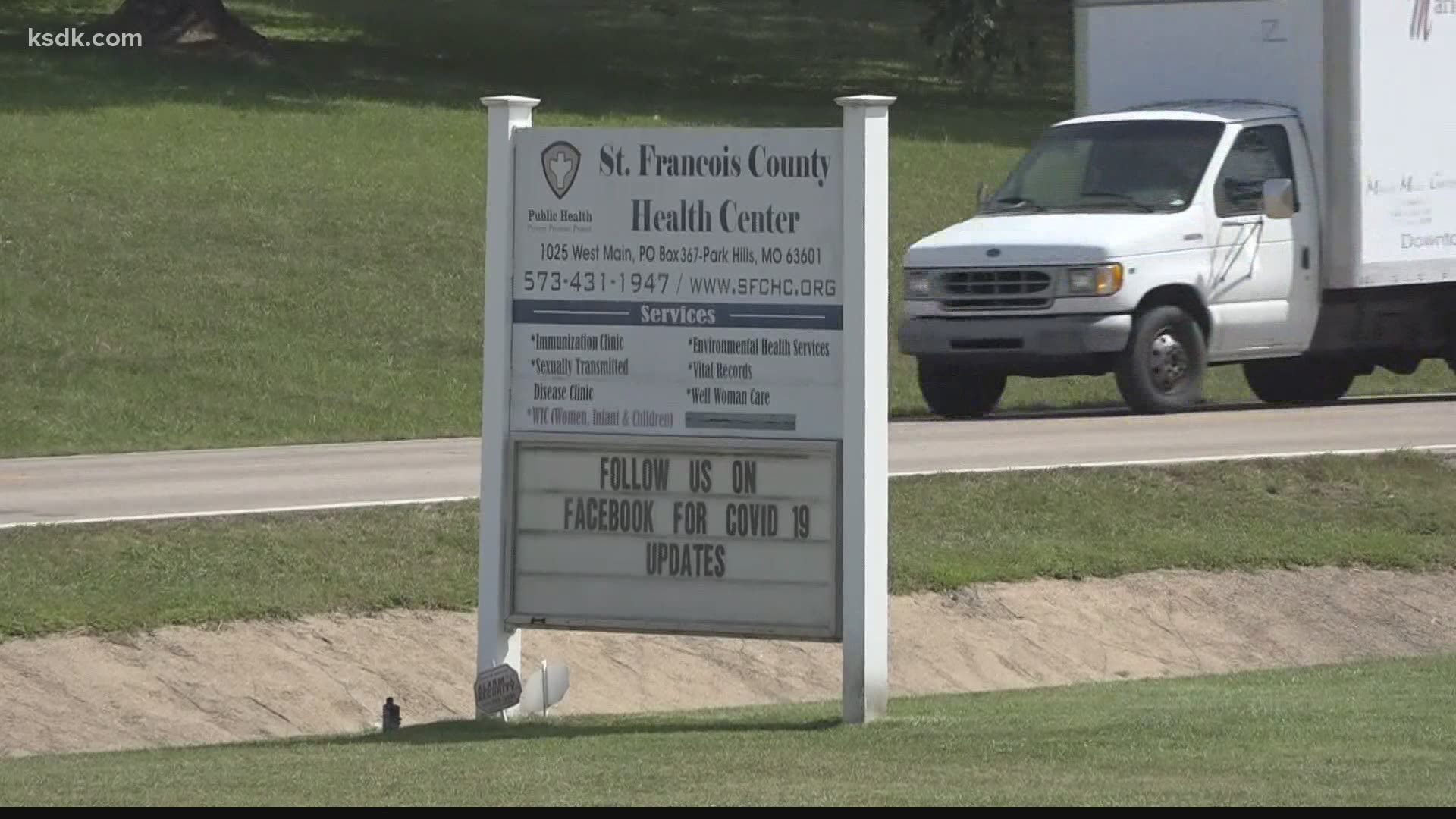