After nearly ten years, the city confirmed to 5 On Your Side's I-Team that the long-anticipated project that promised hundreds of jobs was not moving forward. 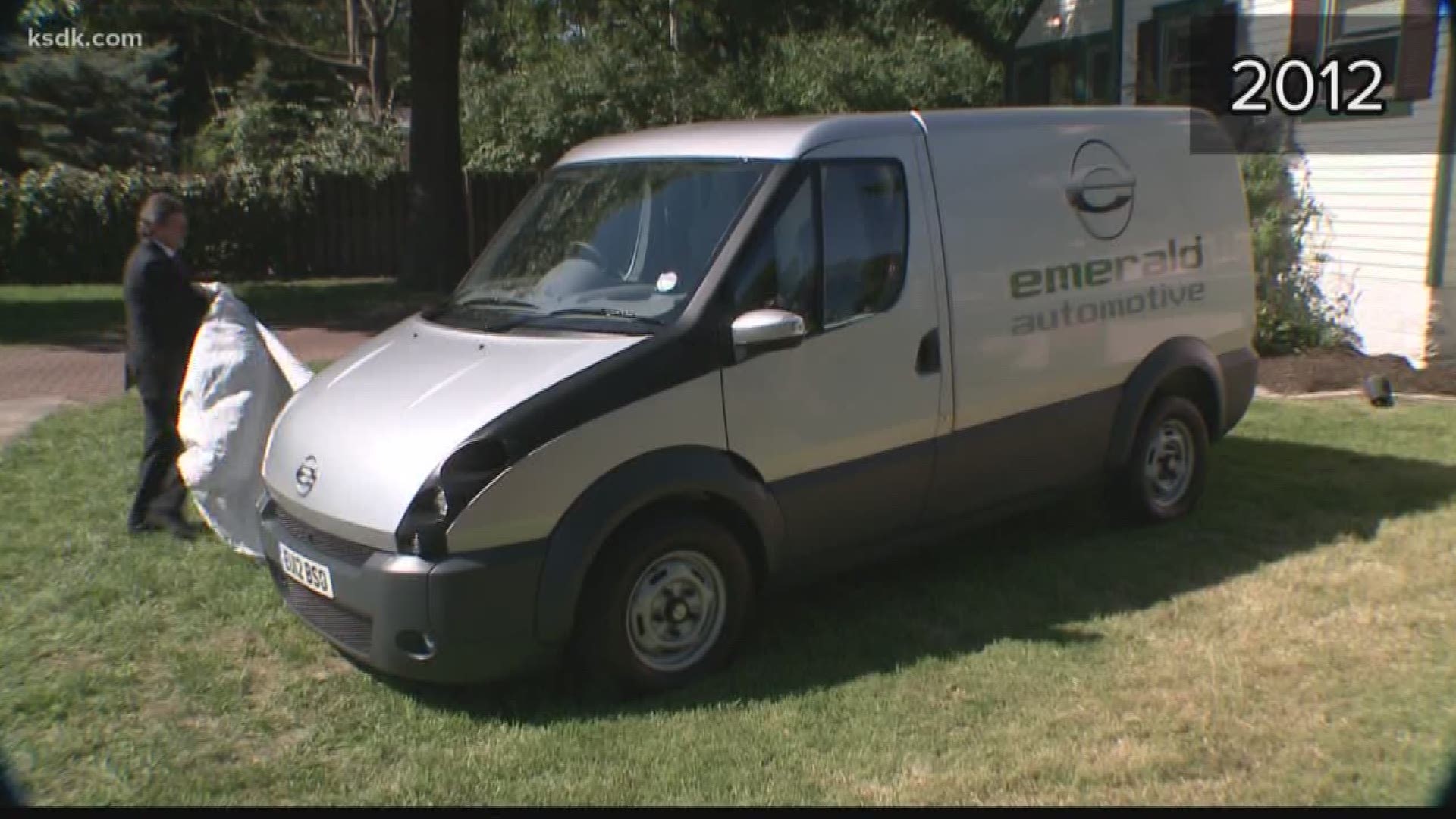 HAZELWOOD, Mo. — It's probably been a few months, if not longer, that you've heard anyone talk about a company that used to be called Emerald Automotive.

But on Thursday, the 5 On Your Side I-TEAM discovered a pretty big update about that company and all the promises it made to the City of Hazelwood.

They're promises that were first born back in the mid-2000s once Emerald Automotive started meeting with St. Louis area civic, business and community leaders.

To build a $175 million dollar automotive plant in Hazelwood that would create hundreds of jobs and generate $200 million in investments for the years to come.

By approximately 2014, the plant and its workers would construct a next-generation hybrid electric delivery vehicle for both domestic and international export.

It's a vehicle that was even once in the running for a $6 billion contract with the United States Postal Service.

At the time, all of this development sounded like a miracle for a region that was reeling from the devastating closure of Hazelwood's longtime Ford production facility.

"When this news came along, it was something that was unbelievable. It really hit hard here in the city when Ford left. This is something that's going to pick that back up," said Mayor Matthew Robinson during a September 2012 unveiling ceremony and press conference.

So, in order to help make the project a reality, the city and the state offered up a combined total of $5 million in economic development loans.

The terms of which were extended twice due to continued delays and changing business climates. Emerald Automotive was even bought and renamed London EV Company USA.

Under the most recent loan extension deal passed by Hazelwood in 2018, the deadline to repay the money was moved to December 31, 2021.

Additionally, if Emerald did not build in the city, it would have to pay back the $3 million loan with interest. However, if the company did land the USPS contract and build a factory in Hazelwood, all interest would be waived.

City records obtained by 5 On Your Side detail that Emerald last year was still guaranteeing a minimum of 800 jobs, but projected 1,000 to 1,500 at full production.

However, Hazelwood has since confirmed none of this is happening.

In the course of investigating the status of this project, 5 On Your Side has learned that all operations with London EV have been indefinitely suspended with no plans to continue company activities in the U.S. at this time.

A release stated that London EV has since withdrawn from the USPS bidding contract.

However, mail service officials announced in 2016 the five companies that were selected to help develop prototypes for their next generation delivery trucks.

London EV was not one of them but appears to have been chosen as a subcontractor by one of the companies that was selected by USPS.

“We want to truly say ‘thank you’ to the City of Hazelwood for the warm hospitality it has shown to us over the past seven-plus years.  Even though this is not the outcome any of us wanted, the City of Hazelwood has always been there for us and we truly appreciated their support,” Robb Reed, CPA, London EV Company (USA) Financial Controller.

Pursuant to the existing loan agreement, London EV has agreed to pay back all of the money it owes Hazelwood with interest. That amount ended up totaling more than $4 million, which the city said it received and deposited for future economic development projects.

The state said it received payment from London EV for more than $2 million due to the project falling through.

5 On Your Side could not reach a representative of the company.

Hazelwood city officials said they were too busy for an on-camera interview, but requested questions in writing in advance for review.