5 things you should know about 'Hunters'

Is the Al Pacino Nazi-hunting television show worth watching? Here are 5 things to consider.

ST. LOUIS — Quentin Tarantino wrote the book on how to comprise a fun and hard-hitting movie of Nazi hunting.

Whether they like it or not, every following production that includes the same premise will be judged by Q.T.'s work.

"Hunters," currently streaming on Amazon Prime, promised the same sort of "Inglorious Basterds" appeal with its trailer and setup. A fun yet enlightening drama with some adventure included in its DNA. Did it succeed in the follow-through?

Now that I've watched all ten episodes of the first season, I can provide five things you should know about this show, starring Al Pacino and Logan Lerman before watching it.

By the end of the tenth hour, I wanted to shake the Jewish accent right out of Pacino. It comes off as half gypsy, half huh in the end. On the whole, he's great here as Meyer Offerman, the leader of a band of hunters who track down German officers from WWII who are living in the United States. He's very believable as a mysterious hero type. An Obi Wan Kenobi for the 1970's. But the speaking manner had a grinding effect on my ears at times, as it hopped around a few languages.

THE PAPER CLIP OPERATION WAS REAL

The show may add a few touches and embellishments, but this part of the main plot was legit true. The United States smuggled in Germans to their country in order for them to work for the government in a variety of ways. Did they help the USA put a man on the Moon? Yep. Did they help in other science departments and medical professions? You bet. That chilling realization is 100% real. Suck it in now.

Why paper clip? Because when the government cleared the wrong out of the German's file, all one could notice was the impression of a paper clip on the folder.

This Nazi-fighting couple had the best moments on the show. A pair of vengeful Jewish survivors who lost their young son during the war cut deep while also creating solid chemistry as a couple. Rubinek has lived in the shadows of great films and Kane has usually played just a couple types in her career. Both are perfect here, but didn't get enough time. Rubinek has a scene on a train that will break your heart.

I GOT TIRED OF JOSH RADNOR'S LONNY HALFWAY IN

The former actor turned hunter had a playful vibe at first with the "How I Met Your Mother" star but after a few hours, it wore off. I appreciate his attempt at a poor man's Paul Rudd, but it's simply not working here. He's one of the characters I would have sliced some screen time off in order to collect more Rubinek/Kane time.

THE TONE IS ALL OVER THE PLACE

This show combines elements of Tarantino's film, Steven Spielberg's "Munich," and "Staying Alive." I am serious. There's quirky comedy, mercenary crew banter, serious overtones of loss and regret, and then a dance number. It had too many personalities, and it should have stuck with the "Inglorious" speed on the tone.

The finale contains two big twists, one of which is tedious while the other just frustrated me. Neither of them blew me away and I didn't like how the finale ended exactly. If there's a second season, I will be weary but invested at the start.

That's the best way to describe this show. It's good but not great, aiming for the stars while hitting a piece of a cloud. A second season will be hard to come by for a very specific spoiler, but I saw enough in Season 1 to be interested in a second round if creator David Weil has more in store.

I wasn't left disappointed, but the satisfaction was less than I would have guessed. 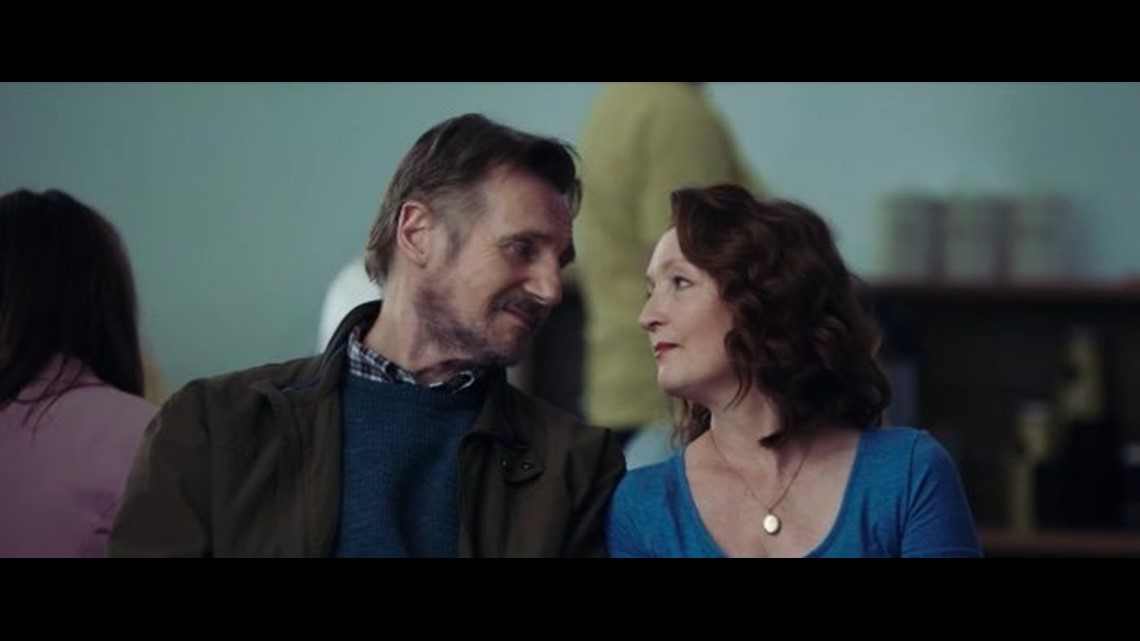 Review | Liam Neeson and Lesley Manville are remarkable in deeply moving 'Ordinary Love'
ST. LOUIS - Human beings are a naturally stubborn species. We like to think of ourselves as computers with hearts, arranging our day like a database with carefully manufactured functions and a predictable result at the end of each day. It is viruses like cancer that send a shock wave into our system, reminding us of our limitless frailty.