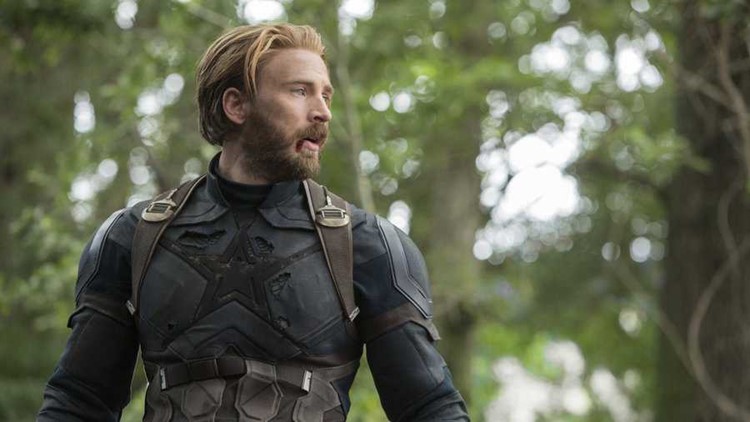 If you love Marvel movies, you'll love Infinity War. It's as simple as that. Carrying insurmountable expectations going into the flick, I left more than satisfied. All the little things you adore about the film live here. Once again, a greatest hits album for the Marvel fanatic.
Author: Dan Buffa
Published: 12:04 PM CDT April 25, 2018
Updated: 1:44 PM CDT April 25, 2018

Thank you, Russo Brothers for once again delivering on a promise.

These guys have come a long way in Hollywood, going from the aimless comedy, You, Me, and Dupree to the television series, Community, to the Marvel Cinematic Universe. Three films in, there may not be a more powerful duo than Anthony and Joseph Russo in Hollywood. Just check out their latest flick.

Avengers: Infinity War is overwhelming in the best way possible. A movie that will require a couple of viewings to fully digest, but here's what I can tell you after my first trip on the ride: Marvel has created a greatest hits album with this comic book bonanza.

Once again, The M.C.U. has taken the biggest casting call in Hollywood's storied history, blended them together perfectly for a two and a half hour action extravaganza, and create a thrilling, hilarious, and satisfying movie that should tide Avengers fanatics over until the fourth film wraps up the story line next May.

By now, the plot is entrenched in your mind. The mighty Mad Titan Thanos (Josh Brolin, creating a villain for the ages with his voice alone) is done waiting for his minions to gather the infinity stones that will help him "balance the universe" and wipe out half of civilization, so he's coming for all six of them himself. The Avengers, predictably, stand in his way, which sets up a series of battles spanning outer space (The Guardians!!), New York (Benedict Cumberbatch's Dr. Strange), and Wakanda (T'Challa!!).

How do Tony Stark/Iron Man (Robert Downey Jr.) and company fare against Thanos? Do you remember how the Bay of Pigs went?

I kid. Let's just say you won't be seeing all of your Avengers a year from now. The stakes are larger than ever, and Thanos is a powerful adversary that only grows more cunning with each stone that he collects. This will put Paul Bettany's Vision and Strange in immediate dark waters, because they have two of the stones on their person. A body count is the only way the Russo Brothers can hold themselves accountable for the perimeters they have set in this current phase of Marvel. If everybody lives and Thanos falls, it would be a letdown. Marvel CEO Kevin Feige has done his fair share of dreadful teasing with the announcement that these final two films are indeed the end of an era.

They don't go down easy, but the thing that makes Infinity War so enjoyable is the ability of screenwriters Christopher Markus and Stephen McFeely to inject heavy amounts of humor and witty banter into the film at several moments. I'm not talking about fart jokes or easy frat humor. I'm talking about witty dialogue that plays to each actor's strengths. You will laugh out loud when Chris Hemsworth's Thor calls Bradley Cooper's Rocket Raccoon a rabbit, or when he teases Chris Evans' Captain America about trying to be like him in growing a beard.

Chris Pratt's Starlord and Stark have a few good moments testing each other's pride, while Tom Holland's Spider Man has another movie reference from the 1980's on how to get the heroes out of a jam with Thanos' henchmen. Everything you would hope to see with all these wonderful actors and characters in one setting comes true. The Russo Brothers don't miss a single opportunity to pair a doom and gloom moment with a big laugh.

That's why I call this film a greatest hits album. You get the wicked humor of Thor: Ragnarok, the real world terror of Captain America: Winter Soldier, the team-up wizardry of 2012's Avengers, and the still lingering divide of Civil War. You can't tell me there was no electricity in your pants when Chadwick Boseman's Black Panther charges down a hill with Steve Rodgers and Bucky Barnes (Sebastian Stan) in tow, or when Thor makes a huge entrance in a late battle. Everything you want in a Marvel film happens here.

Avengers: Infinity War reminds you what it was like to experience a large scale full-fledge blockbuster for the first time. When the running time is tipping towards three hours and you know it's starting to wrap up, all you'll want is more. How many movies can do that with such long running time? Few.

Who fares the best in the cast? All get their own moments to shine, but the standouts start with Brolin. Thanos could have been a cardboard mega-villain with no true heart, but the seasoned actor lends the big bad guy a compassionate edge to his madness. You'll understand his reasoning and see his side at certain junctions, and that's all Brolin. The filmmakers have hinted he is the star of this film, and they aren't wrong. I wasn't a huge fan of James Spader's Ultron, because he was all menace and no real spine. Brolin gives Thanos something else. He gives him a heart.

Hemsworth continues to lighten Thor up to great effect, carrying over the rugged tough gug banter he unearthed in Ragnarok. If any single hero gets a big spotlight, it's Hemsworth. The film begins with him and Tom Hiddleston's Loki, and the Australian star gets plenty of screen time. In these types of big movies, I wish the end credits would show the screen time listed next to the actor's name like a hockey player's ice time during a game.

Downey Jr. has always been the anchor the entire M.C.U. and throughout these Avengers films. Infinity War continues that trend. Easily the best actor out of the group, Downey Jr. can switch from wise-cracking hero to a full-on convey of sadness and then move back into hero mode all inside a few minutes. If Marvel had a soul, it's Stark, and RDJ makes that happen. He feels responsible for the plot due to his part in Ultron's creation and the New York disaster, so there's a certain weight on his shoulders. I'd be lying if there weren't a few moments late in the film where I held my breath in fight scenes between Thanos and Iron Man.

Pratt and Dave Bautista put in solid work again, while Scarlett Johansson and Elizabeth Olson get their opportunities to shine, but I left very impressed with Evans ability to serve the film in a supporting role for the first time and still stand out. Rodgers has gone into full Nomad mode, with the rogue status and beard, but he is still a fleshed out hero, and his entrance at a train station will fire you up. Talk about an actor's career growing up with a role.

What sets Marvel apart from DC Films is the ability to put all these actors in a single film together and not appear bloated. Justice League and Batman Vs. Superman: Dawn of Justice looked like four people jammed into a phone booth for 150 minutes. There was no cohesive force in those films, just a big mess. Infinity War gives each actor a chance to own the moment without losing sight of the film's goal, which is lay down a story for the defining fourth film. They do that here and more.

The special effects are top notch as usual and the soundtrack adds just the right tempo to the action. If there is one subtle element of the film, it's the sound. The visual effects are true artistry.

This may be Doomsday for the Avengers, but Anthony and Joseph Russo, carrying a wildly uproarious script, maintain the light touch that has been in place since 2008's Iron Man. You can go all dread for a few minutes, as long as entertainment is at the same table with a laugh on the way.

Does the end carry a cliffhanger of sorts? Yes.

Is there a good scene after the credits? Yes.

Are there a few surprise appearances and character debuts? You know it. Now that you know the important things, go enjoy it, but please, don't spoil it.

Just know this. If you love Marvel movies, you'll love Infinity War. It's as simple as that. Carrying insurmountable expectations going into the flick, I left more than satisfied. All the little things you adore about the film live here. Once again, a greatest hits album for the Marvel fanatic.

Avengers: Infinity War is another example of big films working well as long as the filmmakers know what they are doing. Marvel is like Thanos in a way: they want to take over the world, or at least Hollywood. They have a plan and so far, it's working extremely well.