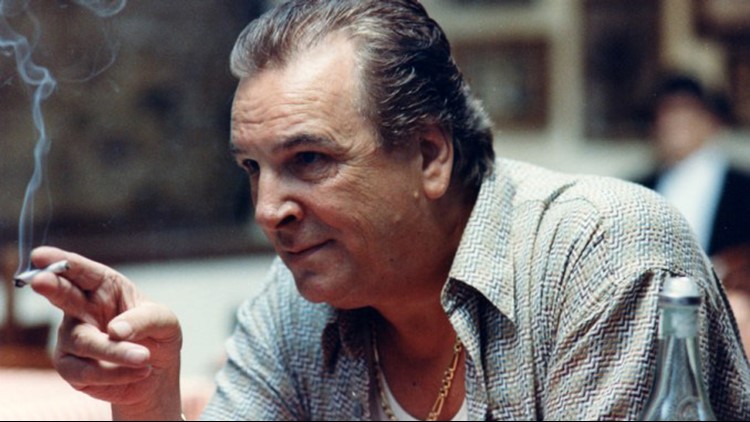 Opinion | Danny Aiello was proof that acting chops can be organic

A role that, according to The Hollywood Reporter, Danny Aiello wanted to pass up became his signature performance. The role in Spike Lee's iconic "Do The Right Thing" netted Aiello an Oscar nomination, but it was only the beginning of a storied career that was still in motion when Aiello passed away this week at the age of 86. Details of his death may not be known, but this is easily detectable: Aiello's story is an inspirational one.

Born and raised in New York, this guy drove a Greyhound bus for years and didn't get into acting until he was 35. A late bloomer, Aiello didn't have any acting school credits, but with a face of conviction like his, who needed to be told what to do in front of a camera? While Cousin Sal and a great turn in "Moonstruck" with Cher and Nicolas Cage are a couple of his more well-known roles, I appreciated Aiello in other smaller roles.

For example, he made the role of Tony, a local gangster who employs a silent French hitman in Luc Besson's "Leon: The Professional," something else. This is where an actor takes a role that on the page would play decent to most audiences and then adds his own seasoning to the performance, making it and the movie become better than ever. It's a classic supporting role, one that gave Aiello a big scene with each of the cast members. How can you forget Gary Oldman and his goons wrecking Tony's face and his integrity? Or when Tony gives Natalie Portman's young girl the hard truth about a dangerous world? Powerful. It was the work of a chameleon, a portrayal so true that you sort of thought this guy really existed somewhere in the world-and not just in Aiello's head.

RELATED: Danny Aiello, 'Do The Right Thing' and 'Moonstruck' actor, dead at 86

Aiello gave a supporting part in the underrated 2007 thriller "Lucky Number Slevin" some extra juice, and he was very good in "City Hall" with Al Pacino and John Cusack. Aiello didn't have to change his appearance much for roles, what you saw was you got with him. An old school performer who never bought into the robotic game of Hollywood, instead playing it straight and with feeling.

He carried a ruthless New York Italian accent, one that could surge across a neighborhood when shouting and also apply the slow whisper of death to a conversation. Like Robert Forster, another actor we lost earlier this year, there wasn't a false note with Aiello. He gave Jack Ruby, the man who killed Lee Harvey Oswald, a soul in the 1992 drama. Aiello shined up a trashy film in "Hudson Hawk" as well. Wherever he showed up, a good performance was promised. He didn't waste your time.

Aiello should serve as an inspiration to up and coming actors who don't have money for film school and head shots. The late actor didn't need a picture taken or instruction; he pulled from his own life and past to create his work. He did the hard work, prepped himself, and came in ready. Aiello is proof that acting chops can be organic, not manufactured from forced repetition.

He was special. Rest in peace, Cousin Sal.