Commentary | 'The Midnight Sky' marks the much-needed return of George Clooney, one of Hollywood's best

Clooney's self-awareness and bold choices have taken him from television doctor to Oscar-winning actor and Oscar-nominated filmmaker.

ST. LOUIS — Fact: George Clooney got me into hospital shows.

Sorry Denzel Washington and Eriq La Salle, but Clooney's Doug Ross was the secret ingredient in luring me into the NBC series, "ER." It wasn't the fact that I really bought him as a doctor; he was just captivating on a network television show that usually loses my interest after ten minutes.

That was over 25 years ago, but the fascination with Clooney-who always liked to turn left when Hollywood wanted him to turn right with his filmmaking choices-hasn't ceased. In actuality, it just got sad when the 59-year-old actor decided to tackle his most difficult role yet: being a dad and husband. Something he always figured that the odds would be against has taken him away from film audiences for four years.

Clooney was in "Catch-22," a mini-series for Hulu last year-but "Midnight Sky" represents his first foray into leading man territory since 2016's "Money Monster" with Julia Roberts and Jack O'Connell. It also puts him back in the director's chair for the first time since the misguided Coen Brothers-inspired "Suburbicon," a 2017 dark comedy that fell flat.

Like any actor's resume, Clooney's acting and directing history carries misfires and almost there moments-but he makes up for them with diamonds such as "Good Night, and Good Luck" and "Ides of March." Even when he's close, such as "Monuments Men" or "Leatherheads," Clooney makes it funny and semi-worthwhile.

The new film, which is being released by Netflix next month, has a bigger scope than any of his previous directing gigs. Clooney plays a lonely scientist trapped in the brutally cold and desolate Arctic of a post-apocalyptic Earth who is trying to protect a young girl and warn his crew of astronauts about the catastrophe that has wiped out the planet and much of its resources. It's the first role since his Oscar-winning role in Stephen Gaghan's "Syriana" where the actor loses his classic good looks and dons a beard that should make Leonardo DiCaprio's mane cry in jealousy from afar.

In a new interview with GQ, Clooney actually compares "Midnight Sky" to "The Revenant" and one of his best films, "Gravity." I saw best due to Sandra Bullock's powerful performance and Alfonso Cuaron's spellbinding take on being lost in space. Clooney has always been an innovative mind when it comes to crafting films. He tackled the CIA and espionage in 2002's "Confessions of a Dangerous Mind," the corrupt world of politics, Edward Murrow's fight against communism, and the remnants of war's leftover prizes. In the new film, he's going after the long-feared threat of our planet folding into itself, thus destroying life and taking out the legs of the future. One could say it's global warming, but as Clooney's Augustine says in the trailer, "it all started with a mistake."

It's a fitting big scale comeback for Clooney, and it couldn't come at a better time. If you ask me, the entire world needs a little George right now more than ever. Even when he's encased in a dramatic role that combines desperation and isolation with a last stand of heroism, Clooney's magnetic presence can shine a bright light on a dark moment in our real world predicament. In some weird way, he's fighting this whole thing with us, but he's armed with a camera, book, and a nice roster of actors. A cast that includes its Oscar nominee weight in gold, with the likes of Felicity Jones, David Oyelowo, Tiffany Boone, Kyle Chandler, and Demian Bichir.

Fatherhood has seeped into his new film and mindset. You can't become a dad of twins without it affecting your work in both good and bad ways. For Clooney, it'll only heighten his roles and showcase a skill that has been there since Doug Ross rescued a kid in a large storm: reliable conviction. One of the most intriguing aspects of "The Midnight Sky" is the relationship Augustine shares with a young girl at that remote outpost. We aren't sure how they came to be in this situation (is it one of the astronaut's kids or someone he rescued), but the travels and hardships they deal seem to supply the backbone of the central story. Clooney and company filmed in Ireland, where temps were 30 degrees below and presented new kinds of challenges for the actor/director.

But as DiCaprio would tell you about the role that won him an Oscar, it's the sweat, blood, and tears that make a role memorable to audiences. It doesn't fall silent on our ears when actors take chances.

Clooney has always taken bold steps in his choices in Hollywood, which makes him a desired talent for the rest of time. He can't turn off his movie star looks and doesn't want to go ugly for credibility. He doesn't have to. With Clooney, it all comes natural.

I'm just glad he's back. We sure did miss you, George. 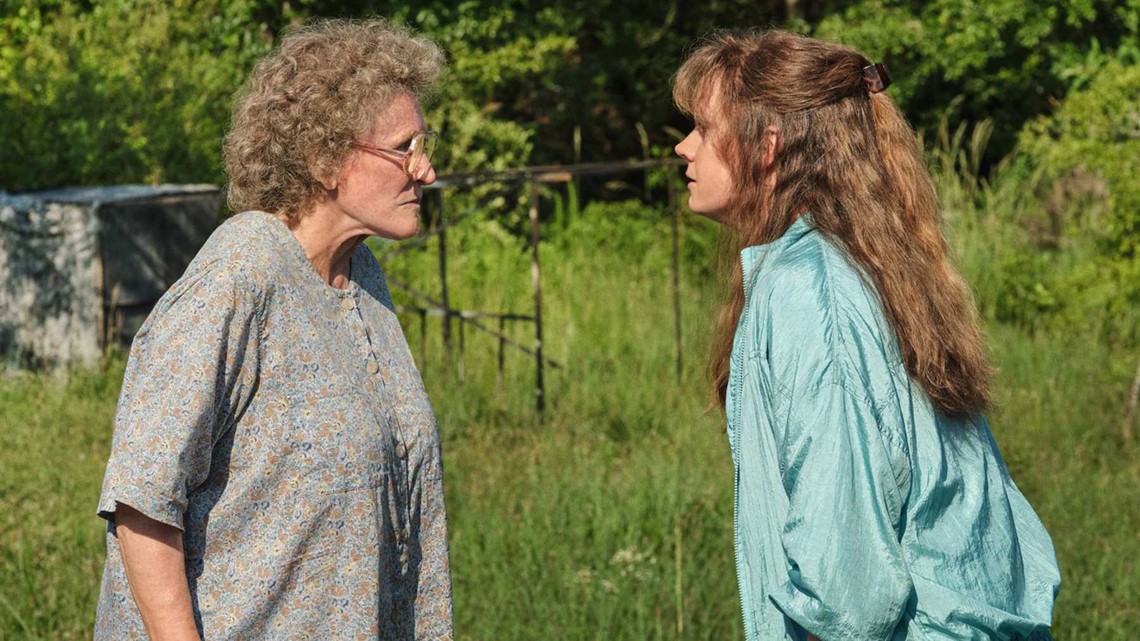 Review | Overwrought 'Hillbilly Elegy' is a lukewarm diet Ron Howard cola, unfortunately
Some books make good movies. Most don't. Count this Netflix original film as the latest example of the latter. ST. LOUIS - Most books make less than stellar movies. Either the words on the page can't be translated in visuals, or the performances are completely out of sync with the tone of the book.