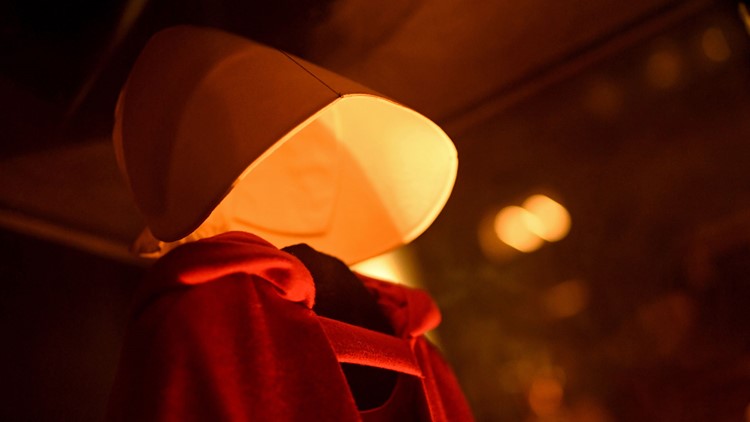 HOLLYWOOD, CA - APRIL 19: A general view of the atsmosphere is seen during the premiere of Hulu's 'The Handmaid's Tale' Season 2 at TCL Chinese Theatre on April 19, 2018 in Hollywood, California. (Photo by Emma McIntyre/Getty Images Hulu)

It's time to go back to Gilead -- a sequel to The Handmaid's Tale is coming.

The book's author, Margaret Atwood, announced the sequel Wednesday on Twitter. She said The Testaments is set 15 years after main character Offred's final scene. The book will be narrated by three female characters.

Yes indeed to those who asked: I’m writing a sequel to The #HandmaidsTale. #TheTestaments is set 15 years after Offred’s final scene and is narrated by three female characters. It will be published in Sept 2019. More details: https://t.co/e1umh5FwpX pic.twitter.com/pePp0zpuif

Atwood said in a tweet that "everything you've ever asked me about Gilead and its inner workings is the inspiration for this book. Well, almost everything!"

"The other inspiration is the world we've been living in," she said.

The Handmaid's Tale, first published in 1985, has sold more than 8 million copies in English. It follows Offred, a handmaid in a dystopian New England run by a fanatically religious totalitarian regime. In the Republic of Gilead, women don't have rights. Women are categorized by usefulness and fertility -- wives, handmaids, Marthas, Aunts and unwomen.

More: 'The Handmaid's Tale': Where we left off in Season 1

While the first season ended where the first book ended and the second season ventures into new stories and characters, Atwood's new book could be set far enough in the future to not mess up any storylines created in the show.