Powered by top-tier acting and excellent writing, "Normal People" is a show that marches to its own beat. It deserves your attention.

Credit: Hulu
Normal People -- Episode 2 - Episode 102 -- Connell (Paul Mescal) and Marianne’s (Daisy Edgar-Jones) relationship continues in secret and they sleep together for the first time. At school, Connell makes excuses for why he didn’t see his friends at the weekend and evades questions on his mother’s job at Marianne’s house. A girl in his friendship group, Rachel (Leah McNamara), gets impatient with Connell’s lack of interest and tensions build for Connell. Meanwhile, Marianne must find a way to explain her unplanned absences to her prying brother Alan (Frank Blake). Connell (Paul Mescal) and Marianne (Daisy Edgar-Jones), shown. (Photo by: Enda Bowe)
Author: Dan Buffa
Published: 9:26 AM CDT July 3, 2020

ST. LOUIS — Sometimes, love at first sight doesn't end in a perfect fairy tale. Settling down with a soulmate may take a good chunk of life to materialize.

The girl doesn't fall for the boy and finds zero landmines in connecting with him. The boy isn't able to communicate his entire past of insecurities inside a couple dates to the girl. Life can get messy and it doesn't swing a stronger stick than it does in the romance department.

In any other show, Marianne (Daisy Edgar-Jones) and Connell (Paul Mescal) would have met, fell hard for each other, ran into an obstacle, overcame the issue, and lived happily ever after. The show would have tied a neat bow on Hollywood's most wicked fantasy. But "Normal People" isn't just any other show; it's a raw, honest, and truly heartfelt love story.

Marianne and Connell are just a couple Irish kids at the same high school when her eyes finally melt down his defenses. A few dates ends up in sex, but due to pressures from friends and a past that isn't easy read, Connell doesn't want to tell their school mates about each other. Two people turned onto each other yet connecting in a relationship that contains forged mystery.

Ed Guiney and Lenny Abrahamson's series didn't stay inside a single year; the show spanned years, as the two left high school and experienced college. Every other episode would see them simultaneously come back together and then break up. Right when you think the two lovebirds will finally dig in and truly be together, something happens and they are torn apart. Sally Rooney helped other writers adapt her popular novel, and she gave Marianne and Connell this brutally loyal imprint of vulnerability.

Edgar-Jones brought out every ounce of remorse and sadness in Marianne while Mescal embodied the endless pit of restlessness that owned Connell's soul. "Normal People" was a match made in heaven due to the strength of the source material to transcend onscreen and the cast nailing the parts.

I can tell you the 12 episodes, running in around 30 minutes each, is the perfect amount to tell this tale. There isn't a moment wasted or halfway attached. It's all in, taking us on this hopelessly wandering ride between two lovers who are determined to not be together. For a show that demands much from its viewers, the intrigue never fades.

There have been discussions about the ending and how it makes you feel, and I can concur on that impact. Like its heart and soul story, "Normal People" doesn't go in the directions that you'd like it to go; it follows its characters' rhythms and emotions, letting that lead the way. Rooney cared more about her characters than the readers, and that lends itself well to the television adaptation.

"Normal People" marches to its own beat. Most shows don't even get to find their own beat.

Will there be more? According to the showrunners, the "never say never" moniker would fit quite snugly. The cast and crew are up for it, but nothing concrete has been discussed, and it would hinge on Rooney going back to her story and producing a sequel. If not, what came out in late April is all you'll get.

I'm good either way. Due to the two leads' youthful looks and the story's rather young age, catching up with their mild adventures would be swell. But I can also believe in the "let it breathe" idea. No matter what, Guiney and Abrahamson said it would have to be years before a second chapter came along.

Like the relationship of the co-leads on the show, Hulu shouldn't rush this romance along. Don't age up the young actors to get episodes filmed sooner. The bottle of red has been opened and poured from, but there's another, far wiser bottle located somewhere. I hope Hulu takes their time with this particular original.

Sometimes, life doesn't work out the way it does in most movies. The hard knocks of experience give reality a firmer complexion, so it's not as easy for two people to just decide to be together at a comfortable moment in their lives. Our past helps mold our future; we can't run away from its permanent implants. I liked how "Normal People" made fiction seem more like real life.

In real life, a good friend of mine in Erin Fritts told me to watch this show for the past several months. Every few weeks, she would message me on Facebook in a tone that was warming and embracing yet fierce as wool: "Dan, have you watched it yet?" I couldn't bring myself to lie to her and say sure I did, so I actually dug in and gave it a shot. Just like the show, which features a pair of people who try to create reasons for happily-ever-after not taking place, my reluctance was natural and proud.

Sometimes, things take time. That includes watching TV shows and finding a soulmate who wants to settle down. But you know it when it's right there in front of you- especially nice and bright on a large screen.

Brave and honest, "Normal People" is for people who want something serious, as in seriously good.

It's available with a Hulu subscription.

Thanks for reading and happy entertainment hunting. For questions and feedback, drop me an email: buffa82@gmail.com. 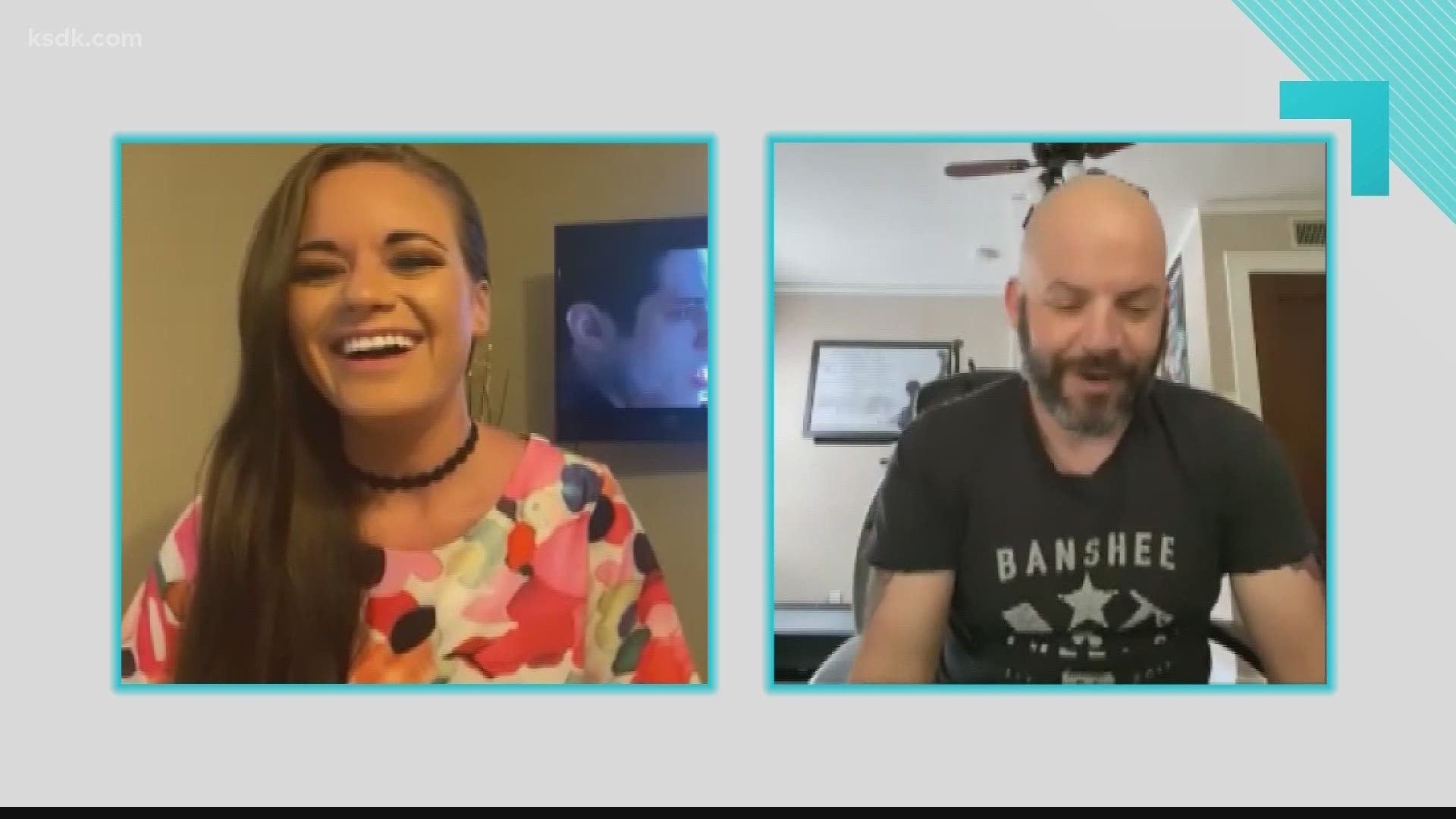 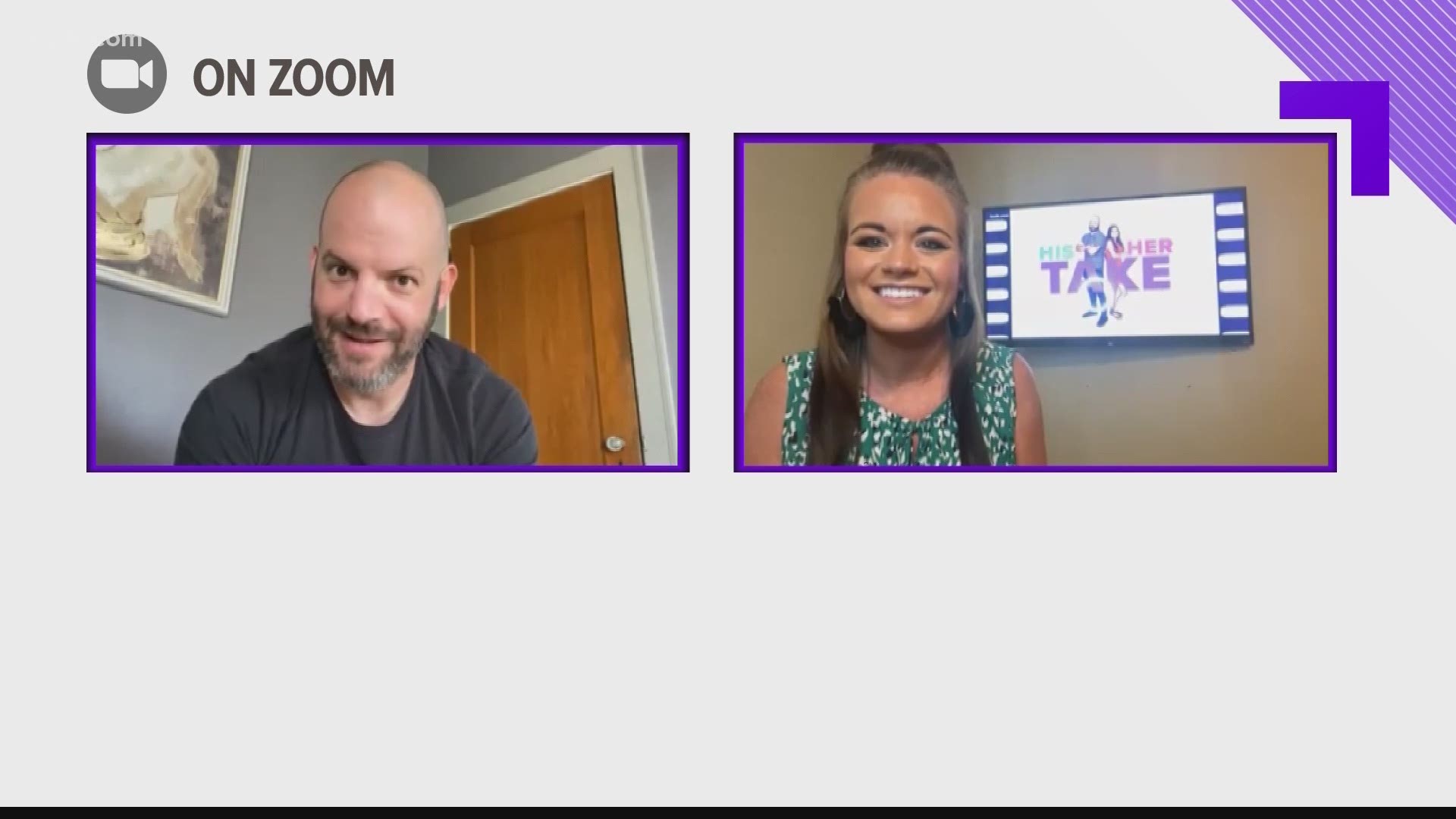