Here, there's no actors or embellishment needed. Just the facts and accounts from Fuhr himself.

I'd be one thing if Grant Fuhr was a perfect human being as well as a dynamic goaltender. After all, he won over 400 games in his career, which spanned 20 years. He started 76 games in a row. Fuhr once won 23 games in a row for the Edmonton Oilers, where he helped Wayne Gretzky and Mark Messier win five Stanley Cups. The first African American NHL player to be voted into the Hall of Fame. I could go on.

St. Louis hockey fans adore Fuhr. He played in a record 79 games for the Blues back in the 1995-96 season. While he was very good here, it's hard to not think of him in a bittersweet light, due to a collision during the playoffs 20 years ago. When Chris Pronger shoved Nick Kypreos and the opponent fell on Fuhr's knee, it doomed the Stanley Cup hopes for the dream team assembled and nearly ended Fuhr's career.

However, this isn't the adversity that I am talking about when I think about imperfections with Fuhr. Don Metz, an Edmonton legend in his own right, directed the new documentary, Making Coco: The Grant Fuhr Story, which exposes every rough detail of Fuhr's journey from Alberta to St. Louis. If you think you know his story, guess again. Metz and Fuhr pull no punches here, telling all in a true biopic fashion. Only here, there's no actors or embellishment needed. Just the facts and accounts from Fuhr himself. 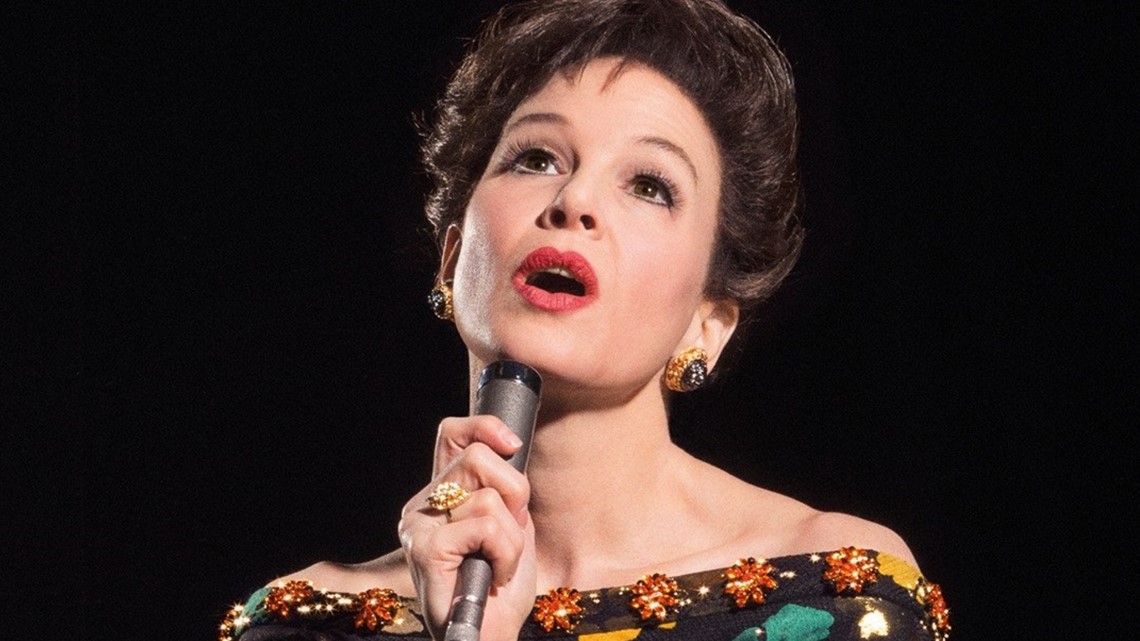 Review | Renee Zellweger's Oscar-worthy performance elevates Rupert Goold's elementary 'Judy'
Let's say you have been gifted with one of the greatest voices in the history of mankind. If you are asked at a young age to become something that will rob you of many joys in the world and push you into a depressive and self-destructive state before you are 30 years old, would you do it?

It wasn't all acrobatic saves and Cup glory for Fuhr. Originally, Edmonton head coach and General Manager Glen Sather didn't even want the guy playing for his team. In a semi-audition, Fuhr allowed eight goals in a game that Sather was watching to decide who the Oilers would draft. Against all odds, Fuhr was drafted, but it wasn't an easy start.

Weight issues hurt his arrival in Edmonton (St. Louis as well), and an infamous quote in a newspaper about the fans got him sent down to the minors. Neither compared to the longest suspension ever handed out by the NHL for admitting to cocaine usage. There was never a test or blood draw; Fuhr went ahead and said he used the drug. A one-year suspension eventually became 40 games, but it nearly destroyed him.

If adversity was Fuhr's roommate, resilience was his ammunition. The hits came early and often. He never got to know his biological parents, an African American and Caucasian, instead being adopted by another couple, Betty Wheeler and Robert Fuhr, who never frayed when it came to loyalty. Both their passings came during the regular season, but Fuhr didn't miss a single game. He played on, because that's who he was.

He wasn't perfect off the ice (hint: nobody is), but few were better on it. In accounts from Gretzky, Messier, Brett Hull, Paul Coffey, and others, the common theme here is Fuhr made saves that some didn't even think were possible. He'd fly out of the crease and challenge a shot or sprawl like a mountain lion to stop a high slap shot. The other team would have him beat, but somehow, Fuhr would stop it. According to Gretzky, the Oilers don't win those Cups without their goaltender.

The majority of Metz's film, produced by Adam Scorgie (who dazzled with 2016's Ice Guardians) and written by Scot Morison, is dedicated to Fuhr's on-ice play. It's like watching Michael Jordan make miraculous jump shot after jump shot, Tony Gwynn spray tough pitches to the outfield, or Greg Maddux hit the corner constantly. All of it on a loop. Fuhr did the unthinkable, and that didn't waver for long from his beginnings as a 19-year-old rookie to a 36-year-old veteran.

As good as the goaltending highlights were in this film, I savored the off-ice real talk more than anything. If you have ever shared space with Fuhr or read much about him, you'll know he wasn't much for speeches. He let his stick, pads, and movements do the talking during the game. If you wanted an epic soundbite, the reporter would have to go to Hull or Kelly Chase, who also shares a few words here about Fuhr's passion.

Making Coco is the first time I've ever heard Fuhr go deep and reveal the inner demons and hardships from his past. Tears fill his eyes when talking about his late parents, or the NHL nearly wrecking his entire career without one bit of evidence of his drug use. While he called Kypreos "his least favorite human being" at the time of the knee injury, he holds little ill will towards him now, even referring to him as a friend.

Fuhr only points a finger at himself here, showing you what went into that legendary career, and how he never gave up, against all odds. When he was told his play wasn't good enough, he kept going. When the league slapped him in the face, he pushed. When his own front office tried to teach him a lesson, he took it and kept going. Little got in Fuhr's way ... except for life.

By mixing the illustrious hockey with a never-seen-before firsthand account of his struggles, Metz, Scorgie, and Fuhr create beautiful magic off the ice. There's something raw and emotional about this documentary, and the journey that it takes you on.

At 73 minutes, it moves quick and doesn't mind stopping for a quick detour through the badlands that every single athlete and human being may face during life. Nothing is held back, and that makes the result highly worth exploring.

You may know something about Grant Fuhr, but Making Coco shows you everything, including all the imperfections that will only make you love and appreciate him more.

It's in Marcus Theaters this next week in St. Louis for a limited run, so go check it out as a brand new NHL season fires up. 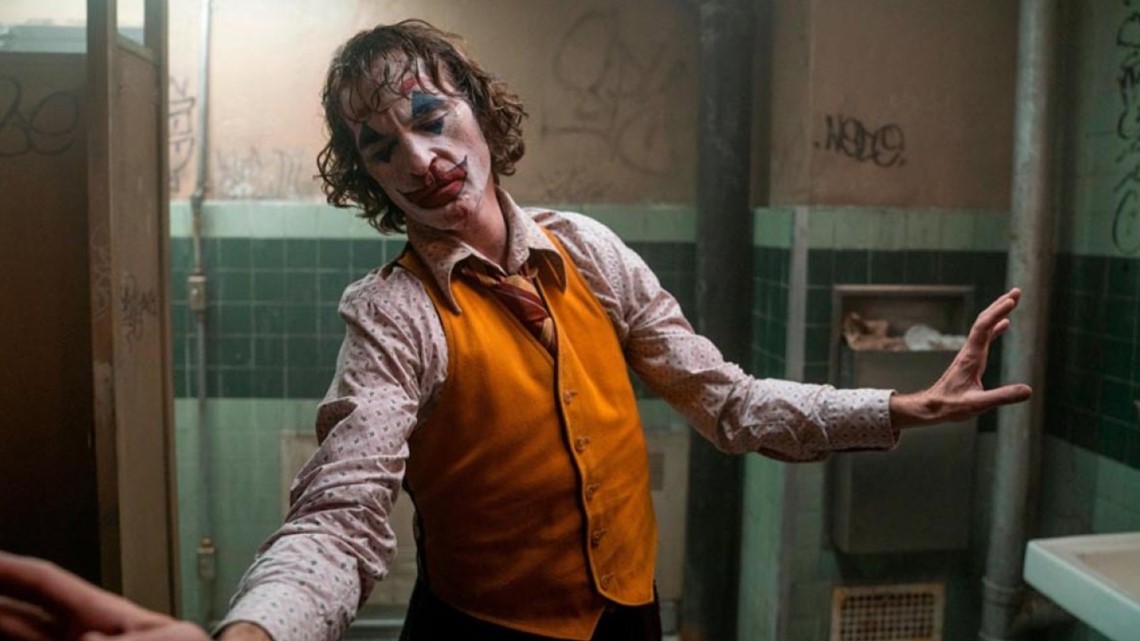 Review | Thanks to Joaquin Phoenix's masterful work, Todd Phillips' 'Joker' will morally rock you
ST. LOUIS - How did the Joker go mad? A riddle that hasn't been tested completely in Hollywood, only lavishing around in comic books, sifting through the cerebellum of geeks who lived inside those pages... until now.