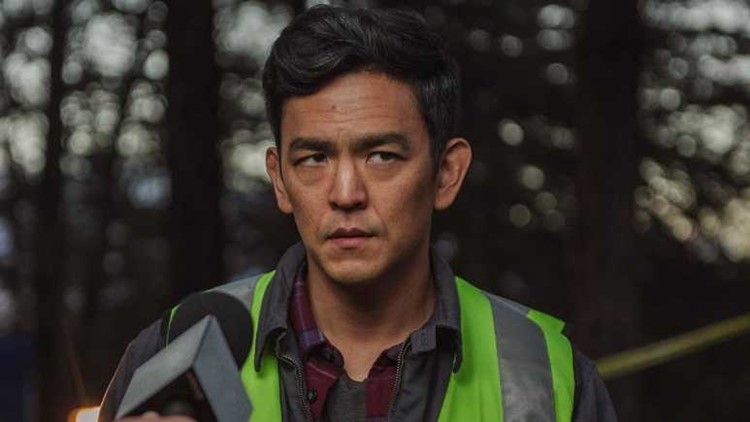 'Seaching' Review: A Hitchcockian classic for the social media age

In order to find his missing daughter (Michelle Ya), David Kim (John Cho) will have to break into her life. Namely, her social media accounts.

I'll be quite honest with you. When I saw the trailer for this movie a few weeks back, I laughed... and I didn't do it it in a way one would if he or she were watching Cho in one of his Harold and Kumar adventures. It was unintentional giggles, the sounds that I would make at a film that I knew was going to be a stinker.

Boy, I was wrong!

Searching is easily the most surprising cinematic delight of 2018, and that's because it's a nail-biting adventure film that burns slow, keeping you guessing until the very end. Before you find out what happened to David's Margot, you'll have the rug pulled out from under you a few times, chewed through your nails, screamed at the screen, and worn the bolts that hold your seat in place.

PREVIOUS: Is MoviePass still worth it? What new changes to the discount ticket app mean for you

By kicking it old school with a fresh set of toys, Chaganty makes us long for the low-budget goody bag that films in the 1970's and 80's used to deliver us. There isn't an ounce of vanity or posturing in this film, just pure thrills that sneak up on you.

What do you need to know? David and Margot live a peaceful life in a suburban home. It's only been two years since Margot's mother, Pamela (Sara Sohn), passed away after a battle with lymphoma. Their father-daughter relationship carries an open lane of conversation traffic, but let's just say there are a few things David doesn't know about his daughter.

When David wakes up to a couple missed calls and no trace of Margot for the entire day, he knows something is wrong. When 24 turns into 48, he calls the police and gets assigned Detective Vick (Debra Messing). Instead of simply letting her take over the case and because this is a movie, David looks for his daughter from the inside out, breaking into her email and various social media platforms to create a timeline of events that may lead to his daughter's rescue.

That's where Chaganty and Sev Ohanian's script plays clever tricks on the audience, mixing the various reasons and outcomes of Margot's disappearance. Was she abducted, or did she run away? Due to the groundwork of the characters set up in early scenes depicting the family's history through computer media files, we already know and care about David and Margot very much...but we don't know everything about them just yet.

When Detective Vick thinks of an angle that disturbs David, he only starts to dig harder, calling friends, creating excel sheets of information, and obsessing over every single detail. Who can he trust?

The film works so well because we, the audience, don't know who David should trust. He is the audience's point of view, so we see everything through his eyes.

Or should I say through the computer screen's eyes. That's right. Like 2014's Unfriended, this film is told through the various computer screens that we watch the characters through. It may be a Macbook, recording device, television screen, or cellphone camera. It's Best Buy for thrillers, and we are shopping!

Do you find out what happens to Margot? Yes, but don't expect it to come easy. This film will beat your senses down a bit and keep you guessing, but that's a good thing. The filmmakers knows we've seen too many of these films to miss something.

The only thing better than the suspense here is the heart that exists at the center of the story. It's not all keyboard clicks, floating message dots, and sent confirmations. We care about the characters and can insert ourselves into their predicament. Every character has a layer or two that will be peeled, and that makes the investment of the viewer worth the struggle of wondering how relentlessly harsh the finale will be.

Cho is a revelation as a regular man suddenly thrust into a parent's worst nightmare. This isn't Taken, where Liam Neeson can just throw on a leather coat, dust off some lethal skills, and start cracking skulls. Cho's David has to rely on the tools of the techno trade that governs our lives almost as strictly as banks do. He fights the absence of his daughter with the power of any tablet within his reach. Known widely as a comedic actor, Cho gets to stretch here as a man pushed to his limits. Given a character without limits, Cho finds a new strength in this film.

As David searches for any trace of Margot, he finds himself getting to know her all over again. The script doesn't provide Cho with a long-winded melodramatic monologue, but instead serves him quick spurts of genuine shock, awe, disgust, and anger. The magic with the performance is he never overplays the hand he is dealt, instead boiling slowly...like a pot with the lid starting to slide off.

It helps that everything in this movie is a timely gut shot to any parent, son, or human being with a pulse. Teenagers go missing every day, and less than half return safe. When you factor in the visibility that social media provides someone facing the end of innocence-for better or worse-the risk factor is multiplied dangerously. David isn't using NASA tools or Tony Stark wizardry to track down his daughter; just reversing the very tools that may have helped lose her in the first place.

Equal parts terrifying and electrifying, Searching sets out to take an old model and breathe new life into it. The result is one of the most satisfying experiences in a theater that I have had all year.

Sometimes, your expectations for a film can enrich your experience or cripple it. With Searching, I was thrown for a loop in the best way.

Go see it. I may be sitting next to you yelling at the screen... again.