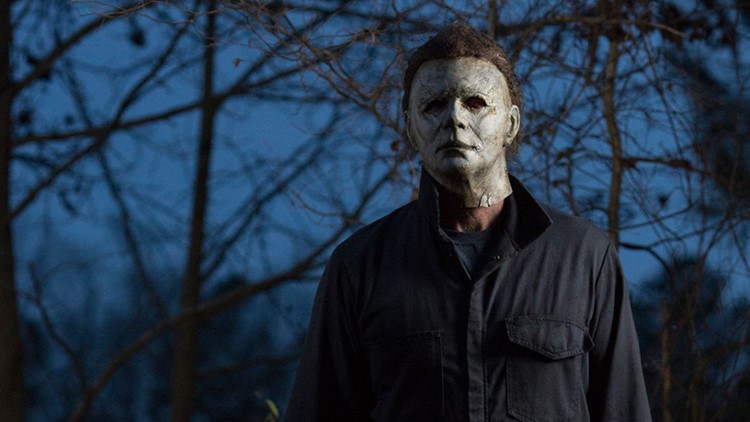 Forty years ago, Michael Myers terrorized a neighborhood on Halloween, slashing and killing his way to an eventual capture. John Carpenter's original film was raw, edgy, and contained the legit scares-and it holds up quite well. The sequels were derivative, but the original is still a good bet for the adults who want some fright to partner with the late-night theft of their kid's candy.

Unfortunately, the new film with a highly original name, Halloween, is a letdown, because it offers up nothing new. Written and directed by David Gordon Green and a direct sequel to the 1978 film, the film carries a revenge twist, squaring up Jamie Lee Curtis' Laurie Strode against the slowest serial killer in the world, Myers (played by Nick Castle and James Jude Courtney). While carrying moments of fun and humor with a jump or two, the ultimate product is a disappointment.

Here's the thing. Green could have done a lot of inventive things with the material, and instead, all you get is standard killings. Myers stabs a woman through the neck, strangles a few, breaks some necks, and squashes a head like a softening pumpkin. There's little suspense or original content here, a retread that offers up the same tricks as the original.

You will scream at the people to run, and then they will be killed. The women find new ways to trip at the wrong moment or disregard the hulking and heavy breathing individual who just happens to break into their homes. Strode's daughter (Judy Greer playing the only character she seems capable of) talking about seeking peace and understanding before flipping a switch into killer mode when the script needs it. A wrap-up that leaves the ability for filmmakers to make another film, which gives off an anti-climatic feel.

In this film, Strode is the one few people in town believe when she warns them about Michael's return. Her own family has cast her out for the wild beliefs that always seem to come true, all except for her granddaughter, Allyson (Anti Matichak), who may look at her like Laurie is nuts, but cares about her. The film opens with Myers in captivity, but we all know that's temporary. A prisoner bus crash later, he's out on the streets, moving as slow as a snail yet having little problem killing people who don't take him seriously.

Look, there's a small thrill to see Curtis return to the series (she was killed off in the subsequent sequels, but this is a direct sequel), and the actress revels in the revenge-tinged script. Myers and Laurie due go head-to-head in a couple of scenes, and the action picks up there. It's just too bad the rest of the film is a redundant bore. I sat in my seat with little expression or care to lean up. Every movie addict knows that the more one leans up in the seat during an action or thriller, the more a movie is doing its job. Here, it's standard horror fare.

It doesn't help that Myers has always been a bland villain. Next to Freddy Krueger, who attacks victims in their dreams, and Jason, who preys on campers at Crystal Lake, Myers is just an afflicted man-child who killed his sister and hasn't been right since. Green's film could have dug into his psyche more and painted a different picture, but he settles for the recycled thrills that anyone with a VHS player can find these days. Be better, dude.

Unless you are a Halloween film series fanatic or big fan of slow-moving killers who don't say much or mean to intrigue, I'd skip this film in theaters and watch the original at home. It delivers the same type of thrills with the fresh feel of a raw old school horror flick. It's the genuine article instead of a cash-grabbing addition.

In the end, Halloween is a stale candy bar instead of a bad of guilty pleasure treats. With the crew assembled here, that's a disappointment.