"Breaking Bad" is an all-time great show, but something tells me "Better Call Saul" could come out looking like the stronger overall series.

When Vince Gilligan, the creator of "Breaking Bad" and not owner of an exotic island, announced a spin-off to his groundbreaking AMC series, "Better Call Saul," some were skeptical.

Bob Odenkirk's slick lawyer/problem solver for criminals was a great component to the original show, but could he hold up an entire series-and do it without leads like Bryan Cranston and Aaron Paul?

As the show heads into the home stretch of its fifth and penultimate season, the answer is a resounding yes! Not only does this show pick up on the juicy callbacks and hat tips to its predecessor, but it also creates a world of intrigue with its flash forwards to a time ahead of "Breaking Bad" and what happened to Odenkirk's Saul Goodman.

Here's the thing. For my money, once Gilligan was attached and set to be involved with Peter Gould, I was assured that it wasn't going to be a bad move. These guys don't just step out into the world with a spin-off before knowing it will work. Along with Goodman, the show features more of Jonathan Banks' Mike Ehrmantraut and Giancarlo Esposito's Gus Fring, two key supporting characters from the original series.

But the new additions to "Better Call Saul" make the show so rich. Michael McKean's Chuck, the older brother who always looked down on his younger brother, formerly known as Jimmy McGill aka Saul Goodman. Rhea Seehorn’s Kim Wexler, a fellow lawyer and love interest of Jimmy's who participates in a tug of war with him over his moral code and ethics, is arguably the show’s MVP. The fact that Seehorn hasn't been recognized for awards for her multi-faceted and sharp portrayal is beyond words. Kim gets pulled into Jimmy's ring of fire so often on the show that you recklessly wonder what her eventual fate is.

Unlike Banks and Fring, whose fates we are well aware of due to the original, Kim's is left out in the open. Same goes for Michael Mando's Nacho Varga. A drug player stuck between multiple kingpins, Nacho is a good-hearted yet deadly soul who is quietly looking for a way out from the dangerous life of criminal empires. At first, he'll seem like just another bad guy, but Mando adds layers of regret and remorse to his palette with each season, thus enriching the performance.

One of the best aspects of the first four seasons was seeing Odenkirk and McKean go head-to-head as brothers cut from the same cloth yet ending up on different ends of that piece of fabric. Chuck was the guy who helped create a law firm with Howard (the indelible Patrick Fabian), becoming a legend in the region of New Mexico for attorneys. A polar opposite to Jimmy, the younger, more scrappy brother who had a different way of doing things. He'd cut corners, use trust as a bendable weapon with people, and work in the lower sectors of the law. Chuck was only comfortable with Jimmy sitting below him, even though the elder depended on the younger one to help him live due to his "allergy" to electricity.

That's right, Chuck's weird problem with phones, batteries, lights, and anything that was powered by electrics was a vital element on the show that acted as connective tissue for Gilligan and Gould to craft stories from.

Banks is such a talented actor that you often wanted more time with his somber ex-cop turned mercenary-fixer for hire on the original show. Carrying a voice that sounds like a tornado of regret and the look of someone who participated and lived through every war in the history of mankind, Banks' Mike works in every story thread of the show. He started out as the guy who punched everyone's ticket leaving the courthouse and grew into bigger roles with Fring and Jimmy, literally punching people out.

Look, "Breaking Bad" is an all-time great show with arguably the best series finale of all time, but something tells me "Better Call Saul" could come out looking like the stronger overall series. Like BB, this show has main leads but depends more on the ensemble to bring the show home. The writing is just as strong, if not better. Odenkirk's versatility in making us care for his character while feeling contempt for his "victims" is something else. While the spin-off hasn't won any awards through its first four seasons, I don't think the Emmy Awards get everything right. They overlooked Emmy Rossum for nine seasons of work even though she was just as strong as William H. Macy.

Awards don't have to be the credits for which merit is decided. Not all the time. "Better Call Saul" had a tougher job than "Breaking Bad" as well, having to prove to viewers that it needed to exist. A sequel has always a harder time than the original, just ask the movies about that one. While it's technically a prequel, there are events that take place after the original series.

Take Monday's episode for example. After years and hours of struggling to fit into Jimmy's world of deceit and betrayal, Kim saw her world nearly collapse due to his maneuvers. Going head to head over a case involving Kim's main employer, a powerful banking corporation called Mesa Verde, Jimmy was supposed to be settling on a deal concerning his client, a man who didn't want to sell his house for a Masa Verde call center to be built on that property. Instead of settling, Jimmy brings up copyright infringement on the bank and blows up the meeting.

Broiling inside, it's the ultimate betrayal for Kim but later that night, something crazy happens during their argument at home. After going back and forth, during which she calls him out for being untrustworthy and conniving, Kim suddenly comes up with a different idea: marriage. What?! Another wild twist on a show which has patented them.

That's why this show works. The characters and its plot threads don't go according to plan. We may think we know the world, but it shape-shifts and evolves constantly due to the great writing and acting. Initially seen as a stretch or unneeded, "Better Call Saul" may turn out to be better. I'll die on this hill until the finale of the sixth and final season airs next year.

At its core, "Better Call Saul" is about the little guy finding different ways, some not noble or just, to survive and conquer. Jimmy/Saul is the little guy going up against the older brother, bigger corporations, and larger shadow. He's the guy who finds a way to win no matter what, even if it costs him a piece of his soul and a few friends and loved ones. Without pounding this idea home, Gilligan and Gould have created an alternate world of their hit series that is even more interesting.

That's my take. What's yours, other than how crazy I am to have this particular opinion? 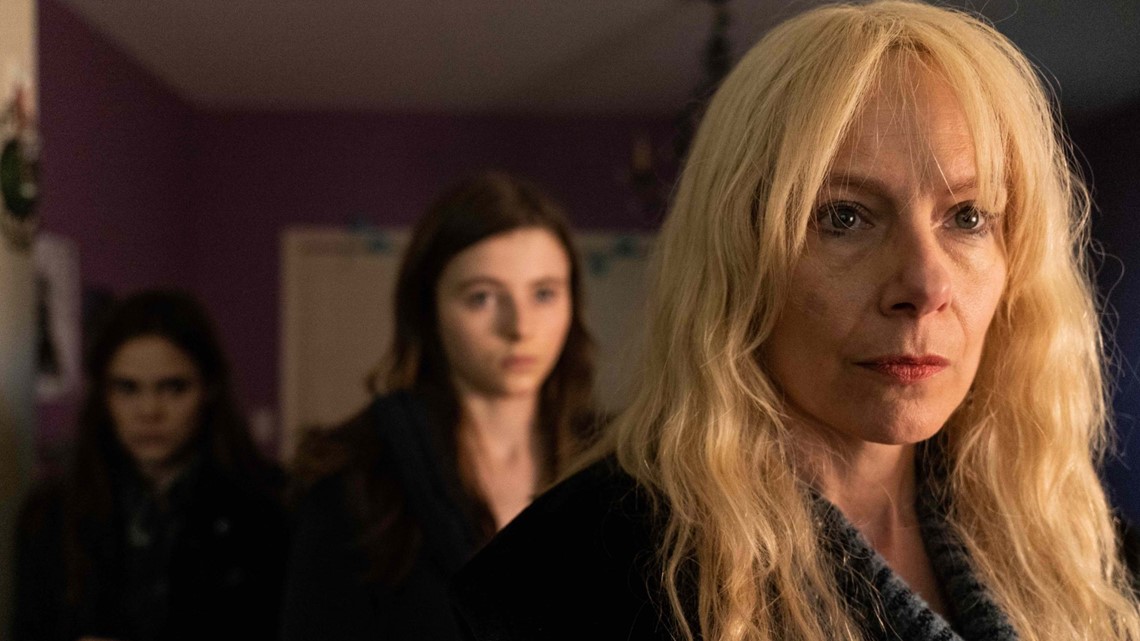 'Lost Girls' Review: Amy Ryan's tour de force performance powers the true crime drama
ST. LOUIS - Someone's profession shouldn't deter others from the idea that they are still a human being and not outside the realm of decency. About ten years ago, Mari Gilbert's (Amy Ryan) oldest daughter went missing, and the police in Long Island dragged their feet due to the fact that she was a sex worker.