William Don Tisaby, 66, is accused of lying under oath during a record deposition and tampering with evidence in a case that attracted international attention. 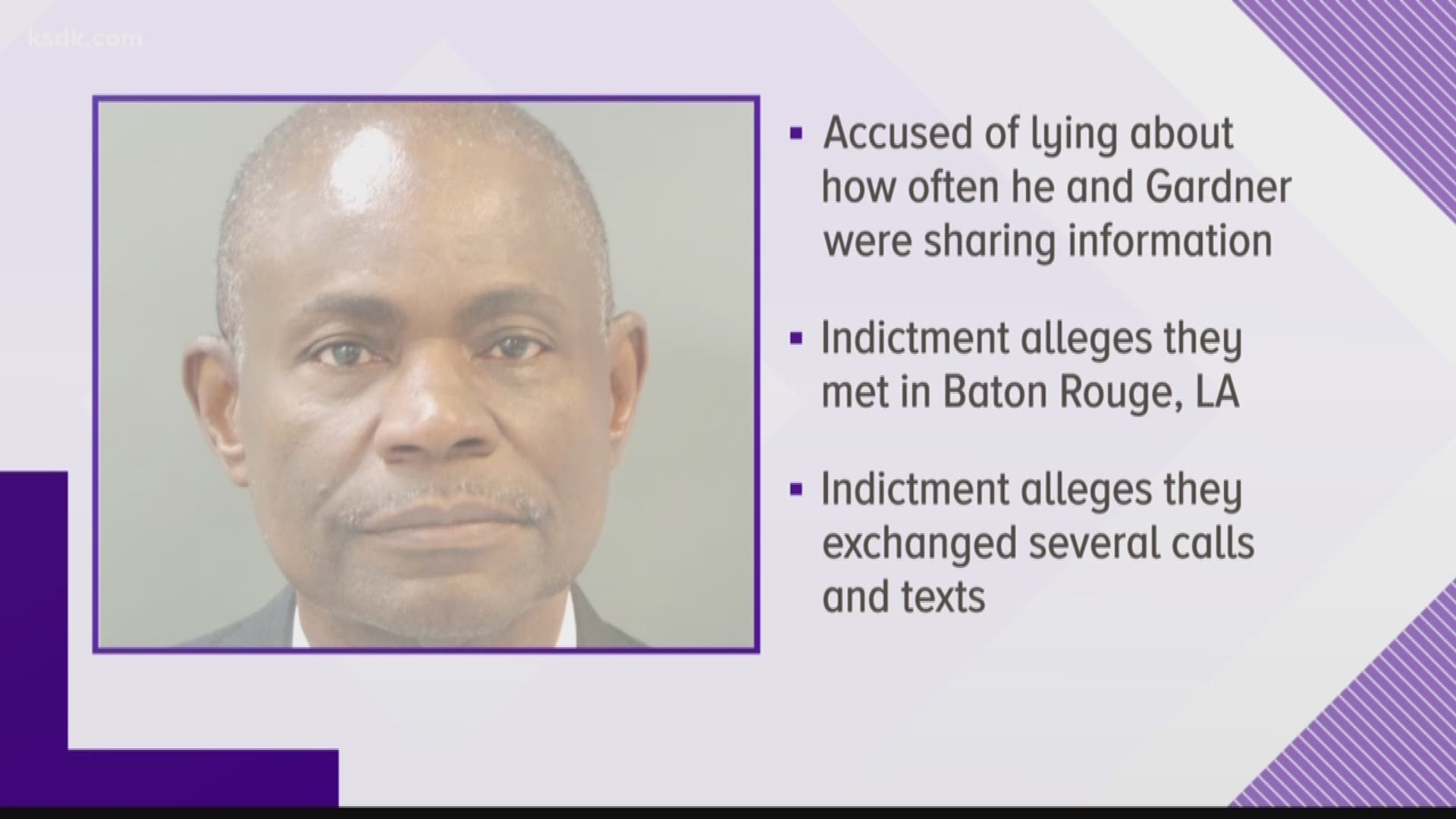 Tisaby, who was arrested by the St. Louis Metropolitan Police Department after turning himself in the same day, entered a plea of not guilty to all charges.

The original bond on his arrest warrant was listed at $70,000 cash only, but he was released on his own recognizance and was allowed to return to his home in Alabama.

As a condition of his release, Tisaby must surrender his passport and check in regularly with law enforcement in between his future court appearances.

Tisaby was indicted by a special prosecutor's grand jury late last week, but no details of the case against him were unsealed until Monday.

His job was to help her office investigate Greitens, who was accused of invasion of privacy during an extramarital affair.

Gardner, a first-term Democrat, later dropped the case against Greitens, a first-term Republican, but he still resigned from office.

That complaint prompted an investigation by the St. Louis Metropolitan Police Department, which is frequently at odds with Gardner and decisions made by her office.

The courts later appointed Gerry Carmody to serve as special prosecutor in the matter, upholding that Gardner would be too conflicted to prosecute a former employee.

Carmody and his firm have been presenting evidence to a grand jury and working mostly in secret for more than six months, thanks in large part to a gag order for the parties involved.

Among the allegations against Tisaby, he's accused of intentionally concealing documents and information from Greitens' defense team.

That includes, according to the indictment, notes he took and Gardner took during their interviews with Greitens' mistress.

Tisaby is also accused of lying about just how extensively he and Gardner were coordinating their efforts and sharing information before and after interviews with the mistress.

The indictment alleges Gardner and Tisaby in January 2018 spent two days in person together in Baton Rouge, La. before they had even interviewed the mistress.

The indictment also lays out dozens of phone calls, meetings and text messages Gardner and Tisaby exchanged together.

Tisaby was largely seen as critical to Greitens' defense at the time, while the mistress was considered a major witness for Gardner's case.

For her part, Gardner has not been charged with any criminal wrongdoing.

But the indictment is certainly not good news for her.

She's implicated in a number of fashions, including allegations from the special prosecutor that she instructed her staff not to report the perjury allegations against Tisaby to police when they first surfaced.

It's also alleged in the indictment that Gardner had Tisaby reaffirm under oath the very same statements about the Greitens case that the special prosecutor now says are false.

Citing an ongoing gag order in the case, Gardner's and Carmody's office declined to comment.

Tisaby is being represented by Jermaine Wooten, who declined to offer comment after Monday's court hearing.