"Thank you for all of the support," Tripp's mom Stacey told 11Alive in a statement. "We are devastated." 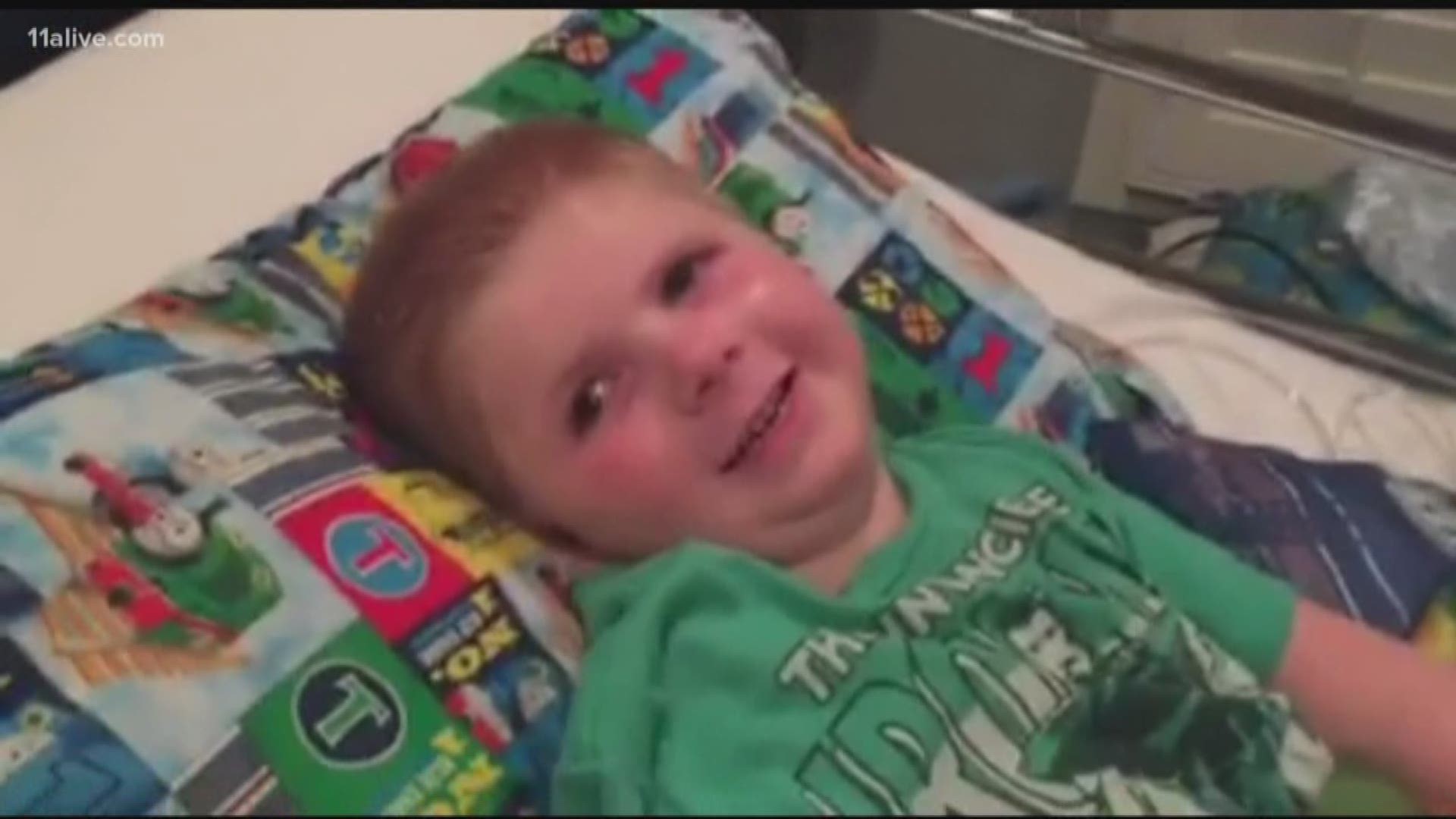 “Thank you for all of the support," Tripp's mom Stacey told 11Alive in a statement. "We are devastated.”

Millions have been following the young boy's life after his and his family's life was forever changed Oct. 29, 2012. On that day, Stacy Halstead dropped off her 2-year-old son at a Winder, Ga. daycare and drove to work. At 11 a.m., the phone call came to tell him he had been injured in a freak accident.

►READ: 'We are beyond devastated' | Tripp Halstead's parents post message after boy's passing

Tripp had been playing outside when a large branch broke from a tree and landed directly on his head, knocking him unconscious.

For a time, it appeared as if Tripp wouldn't survive. Doctors told the parents that his brain had swollen, causing his body to shut down. But Tripp overcame the worst and over the next few years, his mother Stacy would share both moments of progress and setbacks with the followers of Tripp Halstead Updates Facebook page. Millions have now joined in following Tripp's incredible journey.

Last October, on the 5-year anniversary of the accident, Tripp's mother spoke to 11Alive saying: "Time is a crazy thing. I’m just so thankful that Tripp is still here and giving me more joy than I could have ever imagined. I love him more every single day. He is my world and I’m so proud of him."

In a final post on the Tripp Halstead Updates Facebook page, Stacy wrote that she brought him to the hospital Thursday morning after she noticed he was having labored breathing. When doctors checked his oxygen levels, they said they were very low, and a evidence appeared to show either a pneumonia or mucus in the lungs.

Stacy asked for prayers and support.

TRIPP HALSTEAD THROUGH THE YEARS

PHOTOS | Tripp Halstead through the years

PHOTOS: Tripp Halstead through the years