Family upset after learning of relative's death on TV show

Columbia, SC (WLTX) - A South Carolina family says they're upset after they found out about their loved one's death while watching a live TV show featuring Richland County, S.C. deputies. 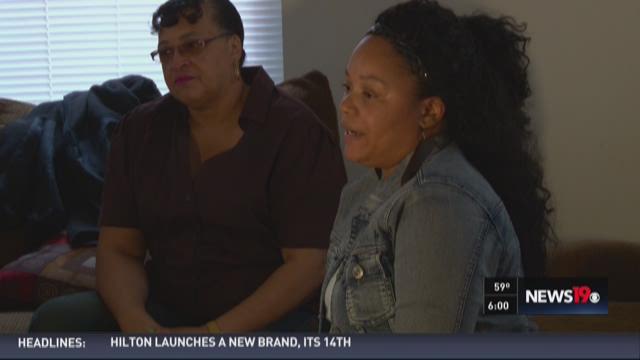 Columbia, SC (WLTX) - A South Carolina family says they're upset after they found out about their loved one's death while watching a live TV show featuring Richland County, S.C. deputies.

Joann Johnson wasn't at home when the Richland County Sheriff's Department pulled up last Friday night to the house she shared with her son, Benjamin, on Camelot Street in the Denny Terrace area.

"When they turned it to the channel, and I seen that my son is laying on the ground," he said.

Instead she watched it unfold on live TV, and could see Benjamin's body lying on the front lawn.

"The way they showed it on TV, that's wrong," she said. "For a parent to find out about their child...you don't do that."

Benjamin had been shot dead from a gunshot wound to his upper body. His killer remains at large.

The sheriff's department made the decision to film with A&E's "Live PD," a show where cameras follow police departments and show events as they're happening.

Johnson's family says they were shocked at what they were seeing. Cousin Lashaunda Robinson says she recognized the house and Johnson right away.

"I just couldn't believe it. he was just laying there and they were still filming it," Robinson said.

"I get the family's hurt by us showing this on camera, but our job is to show who did this to their family member," said Lt. Curtis Wilson, a spokesperson for the sheriff's department.

When asked where the responsibility of discretion lies, the sheriffs department said it's the show's decision.

"[The] Richland County Sheriff's Department was not behind the cameras," said Lt. Curtis Wilson, a spokesperson for the department. "We agreed to let Live PD ride with us on a Friday night. We don't tell them what to shoot."

Johnson's sister, Kissy Johnson, says the loss is hard enough, and that no one should have to experience that on TV.

"This is probably one of the many episodes that they're going to profit from," Johnson said. "Don't profit from someone else's grief. Not like this."

Benjamin Johnson leaves behind four children. if you know any information that can help in this case, call CrimeStoppers at 1-888-CRIME-SC.