Flood waters have gotten so close to homes in north St. Louis County that the flood wall now stretches through several backyards. 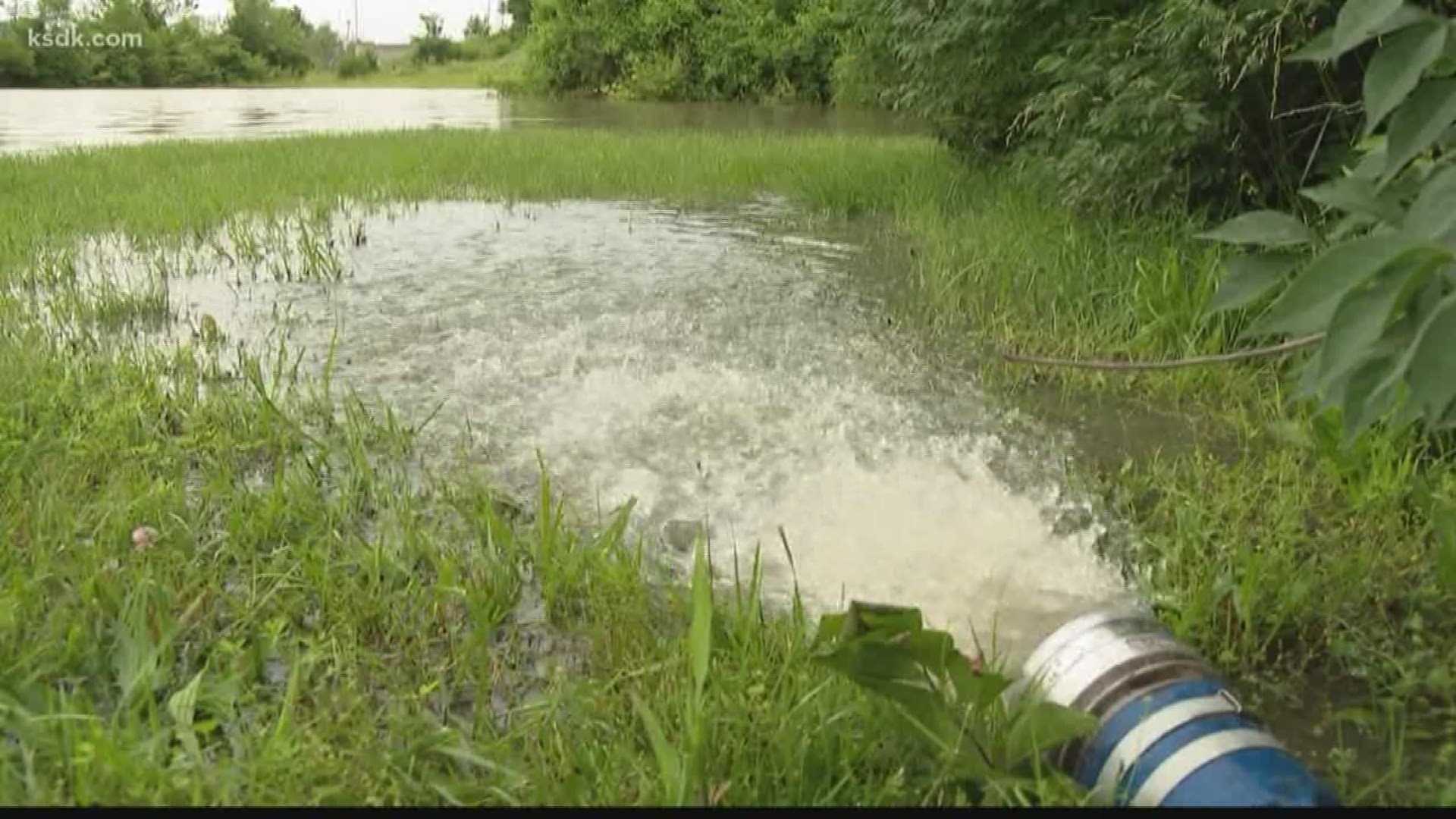 "Just waiting to see how bad it’s going to get," said Parnell.

In Parnell’s backyard, when they haven't been sandbagging, the Army Corps of Engineers have been out studying the rising waters.

"Worst case scenario it’ll probably come to the top and we’ll be OK, but you never know," said Parnell.

The nearby Doherty Park is nearly submerged. Just beyond it, off duty first responders and neighbors stacked sandbags as the neighborhood's first line of defense.

The Metropolitan St. Louis Sewer District had their pumps churning but only to preserve the sewer system.

Flooding was a reality that Parnell escaped back in 1993.

"We weren’t directly affected back then. So, seeing this kinda brings it all to light," he said.

Parnell never envisioned it being necessary when he moved in five years ago.

"We never really thought it was going to be an issue until now," said Parnell.

If there is a silver lining, Parnell said that pieces of their fences may be coming down, but this experience is helping a stronger community, rise.

"Coming together and sandbagging and everything. I think it’s going to be a good thing moving forward," said Parnell.