Given 6 months to live, man turns to clinical trial and is now cancer-free

Six years ago, Roger May was diagnosed with skin cancer. Then doctors found a tumor in his lungs, only to find that it had spread to his pancreas. 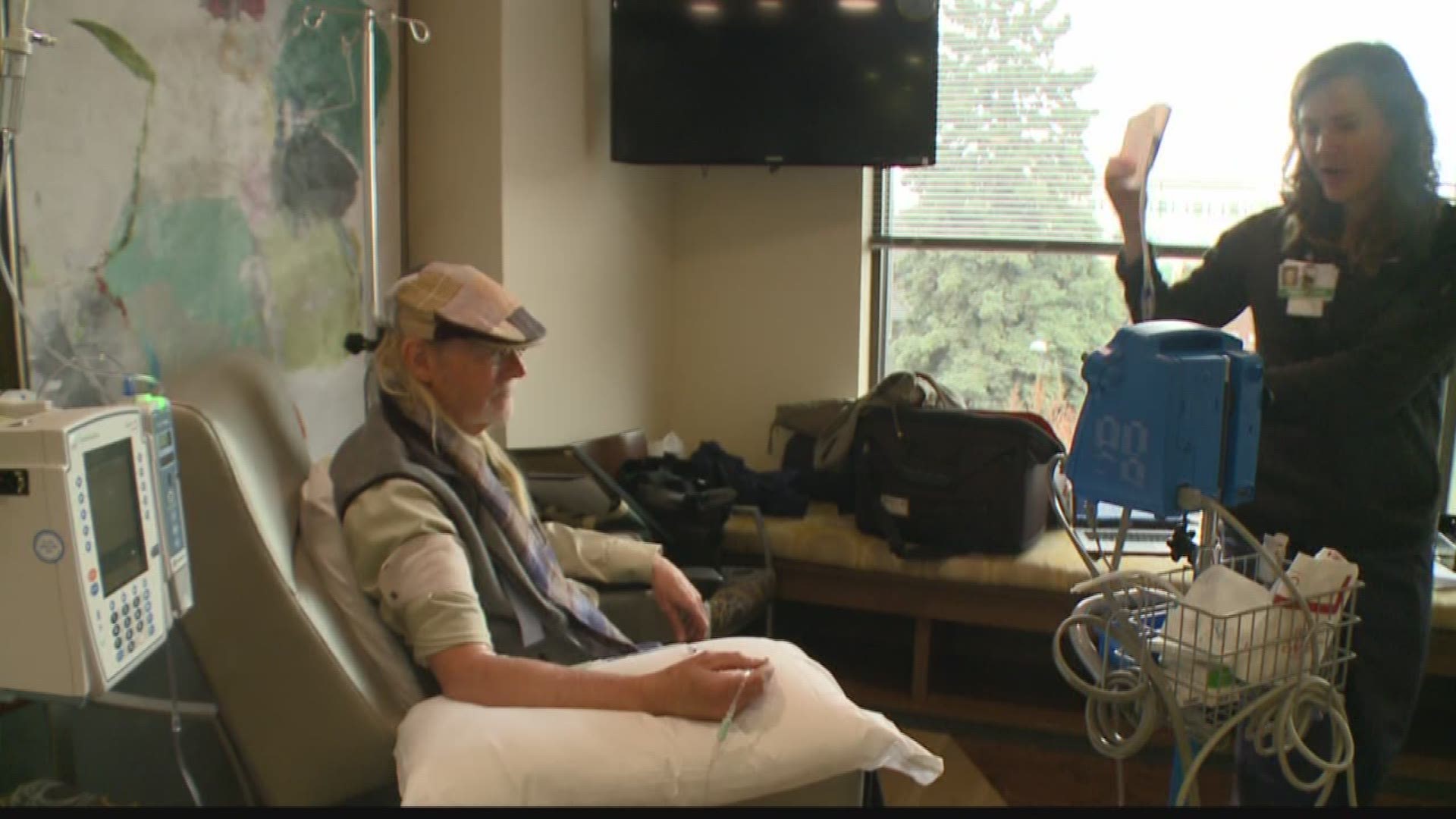 KUSA — When a person gets a cancer diagnosis, it can be devastating.

Roger May, a 62-year-old from Winter Park, began coping by researching the best way to stay alive.

“After I found out, I had a really good doctor for chemo, and I told her I’ll do whatever it takes.”

Six years ago, May was diagnosed with skin cancer. Then doctors found a tumor in his lungs, only to find that it had spread to his pancreas.

“It was earth-shattering. It was like a tsunami, it just hits you like a wave,” May said.

Once he started chemo, he tried to maintain a positive attitude.

“It was pretty intense, but I’d still get up and go out and play some golf," May said. "It was just that drive to stay alive, to keep moving forward and keep moving through it and not let the chemo or the drugs keep me down, because it’s a slippery slope. You have to keep your head above water; you’ve got to keep treading water.”

May said his goal when he started chemo was to get on immunology. He researched it and came across immunology drugs that were in a new trial.

That’s where Dr. Gerald Falchook at the Sarah Cannon Research Institute and at Presbyterian/St. Luke’s Medical Center came in.

Dr. Falchook started May on a new immunotherapy paired with another drug treatment.

Falchook says the treatment is generally less toxic, and patients can have a much more full life and do what they want to do.

Falchook says May has had a positive outlook during his entire treatment, something he says has kept him alive and fighting.

“There’s an influence on my life now that everything I do has a lot more purpose,” May said. “Before you’re just living for the moment, and everything is temporary. Now I just think of it as a gift and I relish it more.”