According to court documents, Greitens knowingly took a photograph of a woman in a state of full or partial nudity without her knowledge and consent and in a place where a person would have a reasonable expectation of privacy. 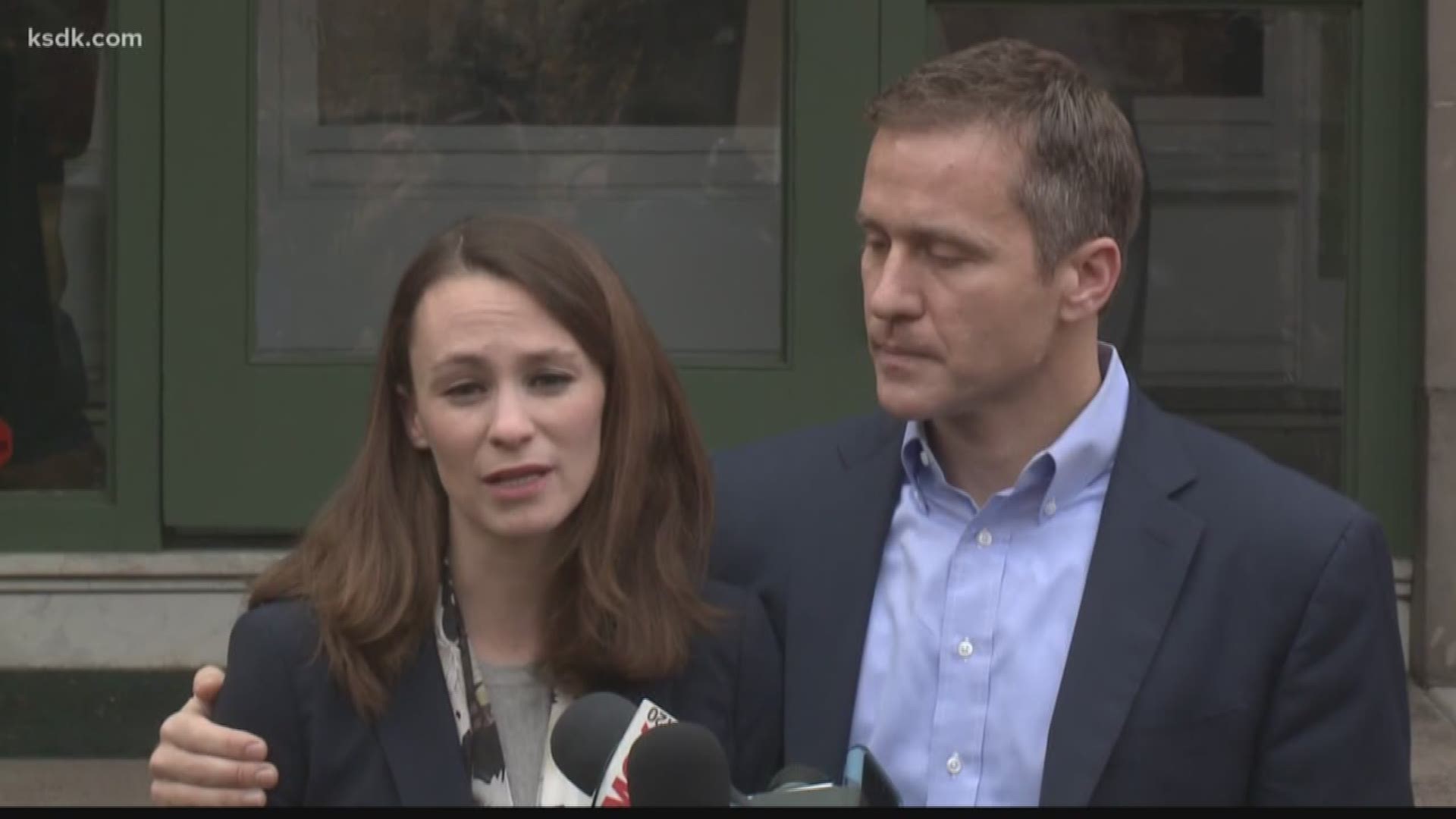 ST. LOUIS – Missouri governor Eric Greitens was indicted Thursday on one count of invasion of privacy.

According to court documents, Greitens knowingly took a photograph of a woman in a state of full or partial nudity without her knowledge and consent and in a place where a person would have a reasonable expectation of privacy. According to a news release, it is a felony if a person transmits an image "in a manner that allows access to that image via a computer." He's been charged with a Class D Felony.

His next court appearance is on March 16.

The penalty for first-degree invasion of privacy in Missouri is up to four years in prison.

Greitens was taken into custody in St. Louis on Thursday. He was granted release by a judge and left the downtown courthouse before 6 p.m.

The Missouri governor admitted in January to having an affair with an unidentified woman in 2015, but he denied allegations of blackmail.

Democratic Circuit Attorney Kim Gardner announced her investigation on Jan. 11, a day after Greitens admitted to an extramarital affair. Al Watkins, the attorney for the ex-husband of the woman involved in the affair, turned over recordings to the Circuit Attorney's Office and FBI.

As I have said before, I made a personal mistake before I was Governor. I did not commit a crime.

With today’s disappointing and misguided political decision, my confidence in our prosecutorial system is shaken, but not broken. I know this will be righted soon.

The people of Missouri deserve better than a reckless liberal prosecutor who uses her office to score political points.

I look forward to the legal remedies to reverse this action.

This will not for a moment deter me from doing the important work of the great people of Missouri.

“We will carefully examine the facts contained in the indictment and answer the question as to whether or not the governor can lead our state while a felony case moves forward. The people of Missouri deserve no less. We will begin the process of tasking a group of legislators to investigate these serious charges.”

“We welcome reviewing this issue with the independent, bipartisan committee of the Missouri House of Representatives.

For 40 years as an attorney for the public and for private litigants, I have never seen anything like this. The charges are unfounded and baseless. The Governor is absolutely innocent. Not only is he presumed innocent – he is innocent. This whole investigation is completely unusual.

This statute has never been used like this in Missouri history. In unprecedented fashion, the Circuit Attorney circumvented the local police force and hired her own investigators - we attempted to meet with the Circuit Attorney and make the Governor available to discuss the issues. They refused. She proceeded to file an indictment that has no facts.

We will work with the committee. We will be deposing witnesses and will be happy to share information with you with the Court’s permission.”

Despite the Governor’s personal attacks, the Circuit Attorney believes the courtroom is the appropriate place to argue the facts, not the media. Kim Gardner maintains her unwavering confidence in our system of justice to bring this matter to a fair and just resolution.

In an unrelated event, Sheena Greitens is scheduled to speak at WashU Thursday at 6 p.m.

Looking forward to this talk on North Korea at WashU @WUSTL tonight! pic.twitter.com/PO7ieWOsV7

Greitens was scheduled to be at the Republican Governors Association winter meeting this weekend in Washington, however he's staying in Missouri and no longer intends to serve on the Executive Committee of the RGA, according to a statement from the RGA's executive director Paul Bennecke.

“Governor Greitens informed us last night that he is going to remain in Missouri this weekend to fight back against what his team has called a baseless charge, and will not be attending the RGA’s winter meeting in Washington. Given his desire to focus his full attention on moving forward in Missouri, he also no longer intends to serve on the Executive Committee of the RGA. We look forward to a quick resolution of this issue. Our thoughts and prayers are with Governor Greitens and his family.”

Lawmakers react after Gov. Greitens admits to having an affair