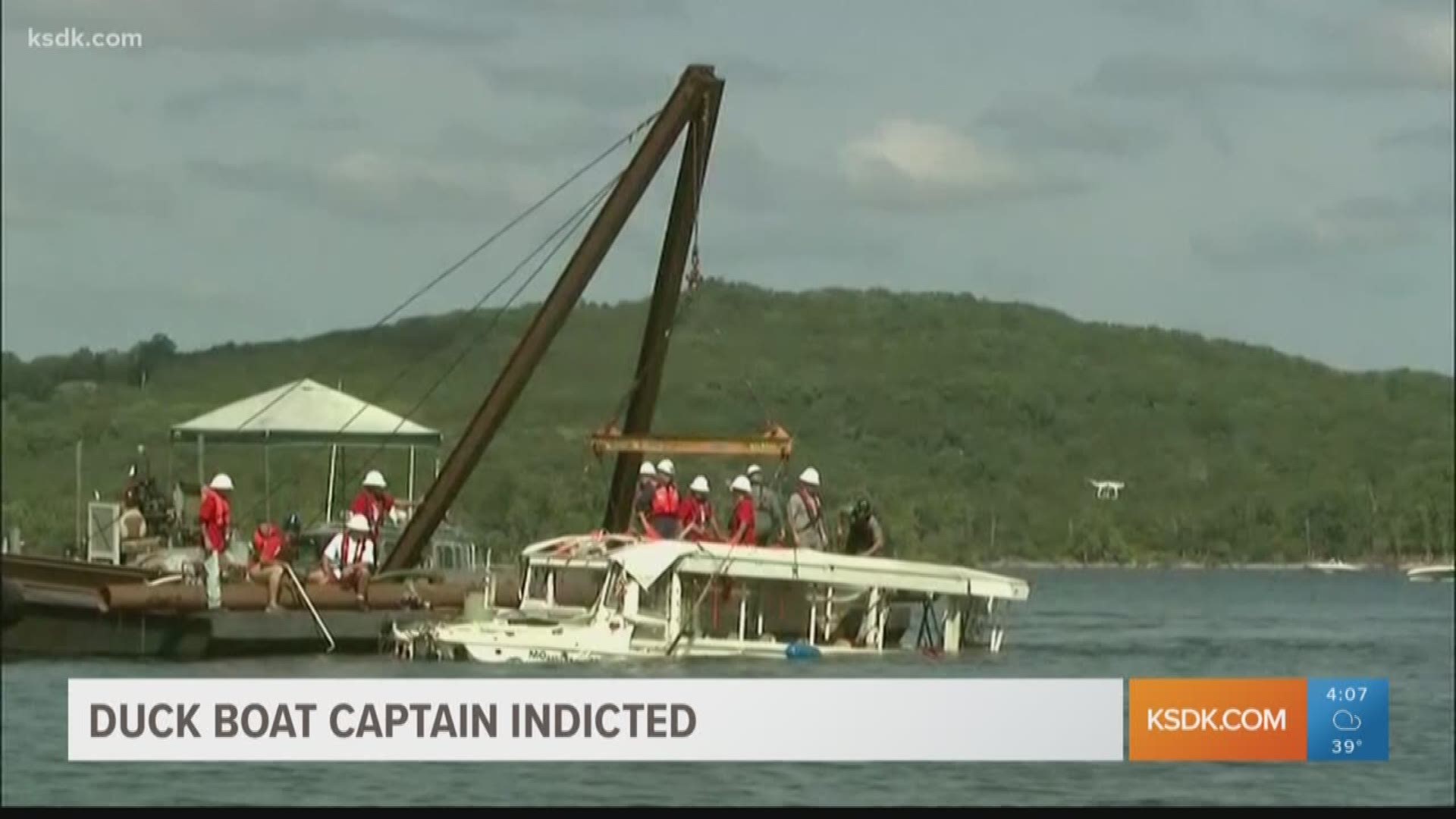 KANSAS CITY, Mo. (AP) - Charges have been filed against the captain of a Missouri tourist boat that sank and killed 17 people, including nine people from an Indiana family.

A federal indictment released Thursday charges 51-year-old Kenneth Scott McKee with 17 counts of misconduct, negligence or inattention to duty by a ship's officer, resulting in death.

The deaths occurred July 19 when an amphibious vessel known as a duck boat sank on Table Rock Lake near Branson after a sudden and severe storm rolled into southwest Missouri. The indictment alleges McKee didn't properly assess the weather.

The dead also included people from Missouri, Arkansas and Illinois, and five were children.

The company that operated the boats, Ripley Entertainment, suspended the operation after the accident.

The U.S. Coast Guard said in August that it found probable cause the accident resulted from McKee's "misconduct, negligence, or inattention to the duties."

(Copyright 2018 The Associated Press. All rights reserved. This material may not be published, broadcast, rewritten or redistributed.)