24-hours in a cab to raise awareness about Alzheimer's

At 12:01 Wednesday, she climbed into a cab for what she’s called the “Long Ride.” It symbolizes the long days and years lived by the many families touched by the disease. 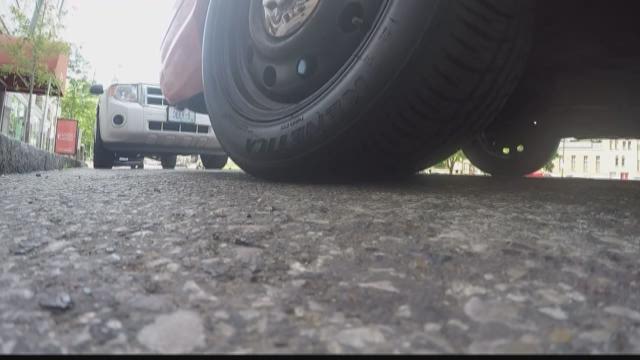 On a day many call the longest of the year, one woman took the longest cab ride of her life.

Peggy Killian is the Vice President of Communication for Alzheimer’s Association, St. Louis Chapter. At 12:01 Wednesday, she climbed into a cab for what she’s called the “Long Ride.” It symbolizes the long days and years lived by the many families touched by the disease.

Every hour, she invited someone with a connection to the disease to ride with her.

“My goal was to get 24 conversations, 24 different perspectives on the disease, and make it last 24 hours,” Killian said.

Her list of guests included family members of Alzheimer’s patients, caretakers, elder law attorneys, doctors and researchers, police officers, financial advisers, and even a state lawmaker. Killian even made a trip in the cab to Jefferson City Wednesday to talk to state-level officials.

Killian partnered with St. Louis County & Yellow Cab Company, which provided the drivers. All three cab drivers also have a connection to the disease.

“I'm trying to show how complex [the disease] is, but also how many different people are involved in the fight against it.”

According to the Alzheimer’s Association, more than 5 million Americans are currently living with the disease. The organization expects that number to climb to 16 million by 2050.

In the state of Missouri, Alzheimer’s was the 6th leading cause of death in 2014 according to the organization’s statistics.