As products make light of drinking by women, alcohol-related deaths in women on the rise

“We've seen an increase in the merchandise and products that are available that make light of a parent or specifically a mother's consumption of alcohol.” 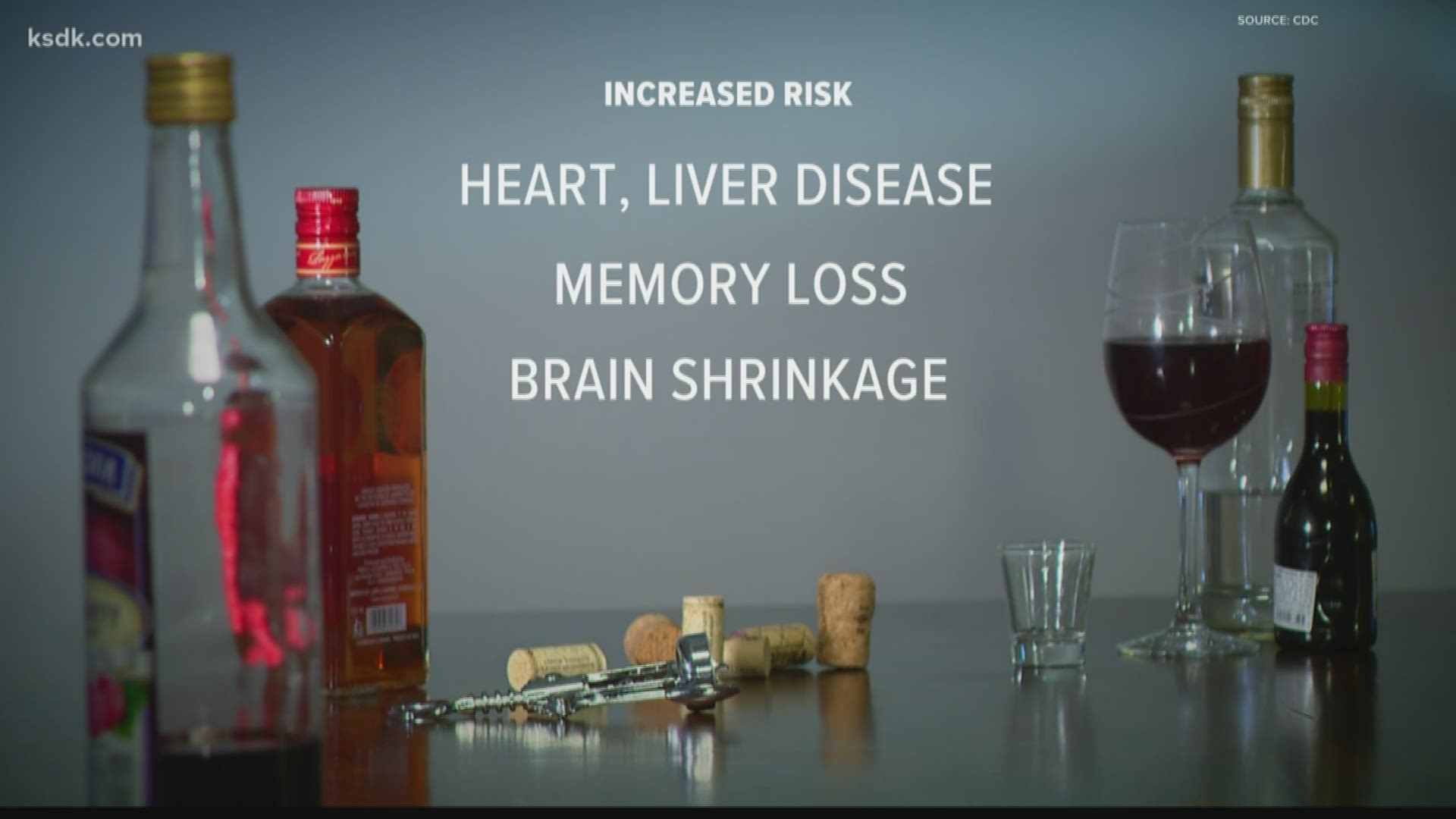 You've heard it so many times that it sounds like fact, right? Well that very idea is getting some push-back — especially in light of recent data on women and alcohol use.

A national study uncovered alcohol-related deaths among women are up more than 50% over the last 20 years.

As more and more women are making alcohol part of their daily routine, what does this mean for our health? And what's the difference between an innocent habit — and a bigger problem?

“I found lots of love for sparkling water and lime,” said Danielle Smith.

Smith’s drink of choice pairs well with the bubbliness she says she's gotten back. Danielle Smith is a writer, a speaker, a mother — and, she knows now, an alcoholic.

“Sometimes I order it in a wine glass so that I feel like I can still sit at the big kids' table,” she said with a laugh.

Now that she's six months sober, though, “I have my life back.”

“I could pour myself a glass of wine on a Thursday night while I was making dinner. Not even finish it. Then I hit my early 40s, and there were some traumatic events that happened in my life,” she said. “I found myself doing this. ‘Oh my gosh, I just need a glass of wine to deal with it.’”

She started pouring wine into a coffee cup, back-timing her drinks so she'd be OK to drive her kids — shopping at different grocery stores.

She told herself a lot of things that might sound familiar.

"It's how to feel like one of the guys."

"You're more fun this way."

But these messages — to ourselves, and from the companies trying to sell women more alcohol — have consequences, too.

“We've seen an increase in the merchandise and products that are available that make light of a parent or specifically a mother's consumption of alcohol,” said Stacie Zellin with the National Council on Alcoholism and Drug Abuse.

“It's interesting that we spend so much time and money as a culture on wellness and yoga and diet. But then at the end of the week, somebody might drink a full bottle of wine,” Zellin said.

That bottle of wine is harder on a woman than a man. Research shows alcohol concentrates at higher levels in our blood, meaning women get drunk faster. Their risk of heart and liver disease, even memory loss and brain shrinkage, are higher.

The NCADA encourages you to ask yourself, are you setting boundaries or drink limits then breaking them? Is your work, relationships or home life being impacted? Are you drinking more because of bad things happening rather than good things? Are you ready for help?

At six months sober, Danielle wrote her story on her blog.

“I thought if there was one person who read it and found themselves or recognized themselves it would be worth sharing the story,” she said.

It turned out, there were hundreds. She said all of the support isn't why she wrote it, though.

“I needed to own that I hadn't lived up to who I wanted to be, but now I'm taking the reins again, and I'm holding a pen and writing the rest of the story.”

If you or someone you know might need help, the NCADA has resources available.