"They gave us that hope that had been gone for so long," baby Jack's mother Tiffany said. 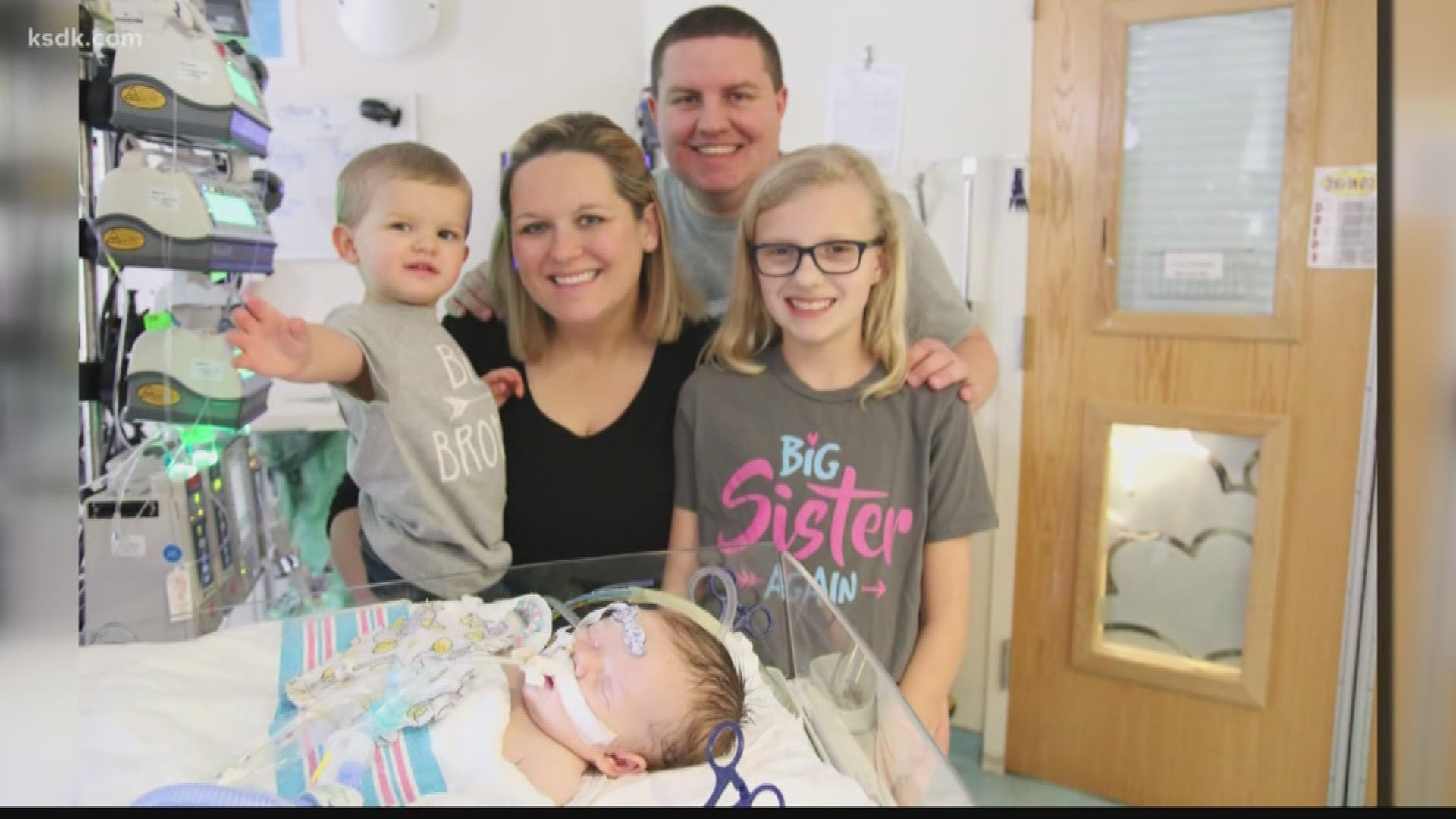 ST. LOUIS — A couple from Kansas City is expected to head home next week with their 7-month-old son after a risky heart surgery.

Chuck and Tiffany Palmer's son Jack was born with only half a heart working. At every turn, some of the best doctors across the country turned him away and told them he would not live past his first birthday.

“We didn’t know what to do other than we weren't going to give up," Chuck said.

In 2017, an ultrasound showed Chuck and Tiffany Palmer that their baby Jack had half a heart working. It is a rare and deadly diagnosis.

After searching for several options to keep their baby alive, the Palmer family found St. Louis Children's Hospital where doctors said they could help. Now the Palmers have hope.

"We hoped and prayed that we would find something and we knew that if we pushed through through the end that Jack would tell us what we needed to do next," Chuck said.

"They gave us that hope that had been gone for so long," Tiffany said. "From the beginning, Jack has been defying odds. Jack is a miracle. Every day that Jack is alive we don't take for granted."

Dr. Pirooz Eghtesady and his team performed a heart and lung transplant on Jack when he was just five months old, making him the youngest documented patient in a decade to have this successful and rare procedure.

"It's a tough problem. People have been working on this for a long time for decades and historically again the outcome has been less than 25 percent that have made it to their first birthday," Eghtesady said.

Eghtesady said many babies die after birth despite efforts to help them survive.

"He introduces a new future for us. He's a miracle in many ways, but it opens the doors for many other babies and kids just like Jack." he said. "He’s the first infant ever to receive a heart transplant for the condition that he has.”

Since Jack's surgery, he has been recovering at the Ronald McDonald House with his siblings and parents, who are very grateful for Children's Hospital.

The Palmer family is expected to drive more than 200 miles back to Kansas City next weekend.

The odds are in baby Jack's favor. Doctors said if he makes it past his first birthday in January his chances of survival increase by 50 percent. If his organs last until the age of 12, doctors believe he could live a long life.

"This moment was never a possibility and here he is. Here we are getting ready to go home to our real home," Tiffany said.

Doctors also believe that Jack is the first ever infant to get a heart transplant across blood types.