Dr. Ernest Brown, founder of medical concierge service Doctors To You, is triaging from a bicycle during "Justice for George" protests in D.C. 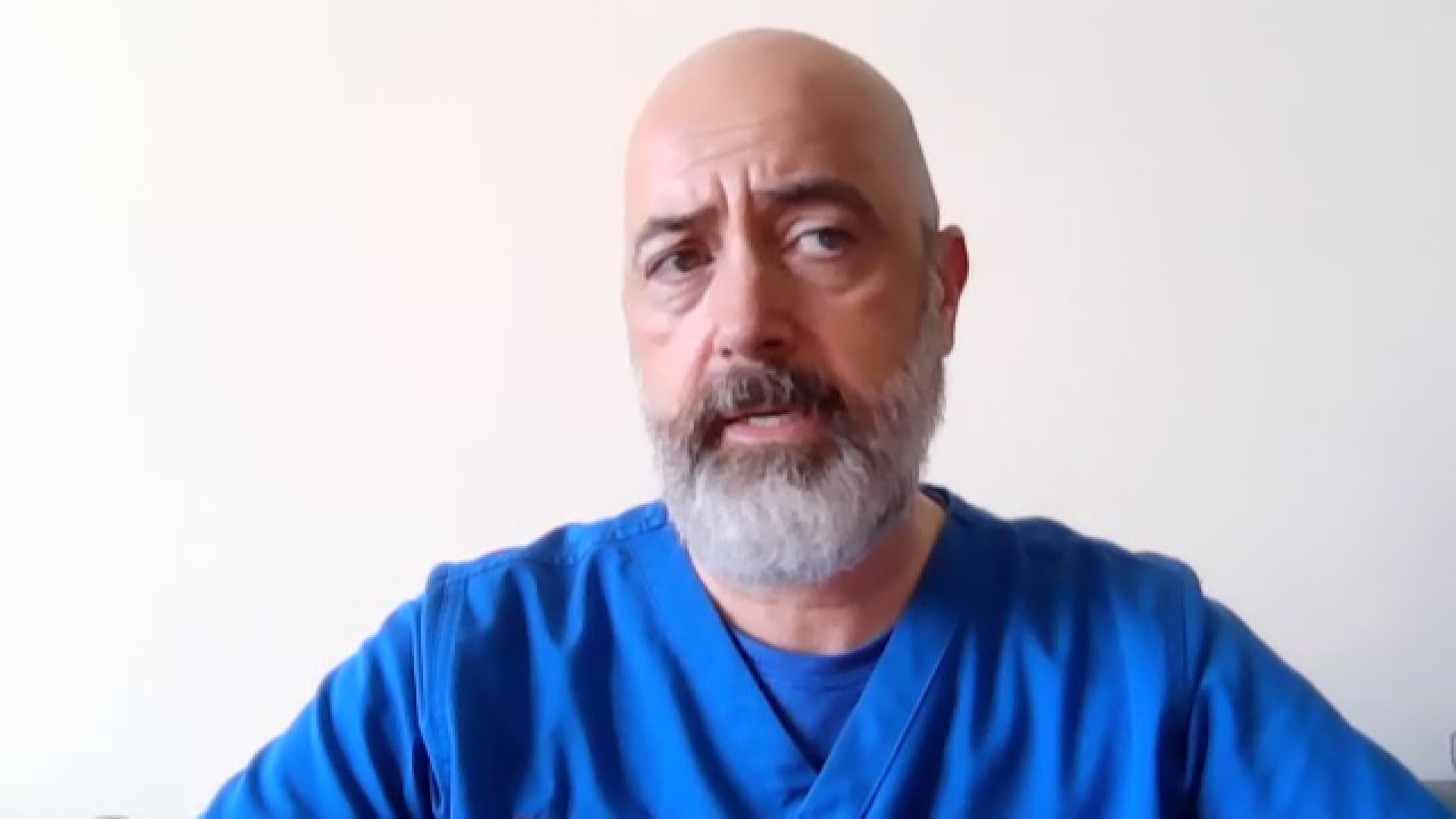 WASHINGTON — Videos of protesters in pain after being exposed to pepper spray by the police are popping up on social media across the country. They’re seen coughing, sneezing and gasping for air.

Dr. Ernest Brown is the founder of Doctors To You, a medical concierge service based in Chevy Chase, Maryland. He says he’ll be riding his bike through the protests in D.C. triaging protesters where needed.

"That would be providing assistance for basic first aid, but also if there is any non-lethal deterrent used like tear gas I can administer promptly a treatment for it," Brown said.

The treatment Brown said he’s using is a one-to-one solution of Milk of Magnesia and water.

“Tear gas as a non-lethal agent -- it is designed to stick and it sticks to everything," Brown said.

According to the National Institute of Justice, pepper spray is a naturally occurring substance found in the oily resin of cayenne and other varieties of peppers.

Since pepper spray is oil-based, Dr. Brown says using water alone isn’t as effective at removing it from the skin.

His advice for protesters preparing to gather in the District tonight: don’t use any oils or creams on the skin, make sure you have something covering the mouth, and don’t wear contacts because it makes treating a pepper spray incident more difficult.

Credit: AP
A protester reacts after being pepper sprayed by police and receiving a sodium bicarbonate mixture from fellow demonstrators to help neutralize the effects, Friday, May 29, 2020, in St. Paul, Minn. Protests continued following the death of George Floyd, who died after being restrained by Minneapolis police officers on Memorial Day. (AP Photo/John Minchillo)

"Tear gas is very acidic so what we try to do is neutralize this as quickly as possible,” Dr. Brown said.

The pH scale runs from 0 to 14 -- zero being the most acidic, 14 being alkaline. Without getting too into the weeds on the chemistry of why pepper spray burns the eyes, throat and lungs so aggressively, Dr. Brown explains that milk of magnesia is more alkaline it helps neutralize the acidity of pepper spray.

“Milk of magnesia is an anti-acid – a very effective one," Dr. Brown said. "The idea is that as soon as it reaches that acidic fluid it neutralizes it."

That’s why Dr. Brown says he will be riding his bike with a backpack full of the milk of magnesia solution and a syringe.

“It’s very easy, very portable," he said of why he uses a large syringe."It’s really to provide enough force to irrigate."

He said a super soaker would be even better for irrigation so he’s going to look for one before heading into the protests tonight. With the supplies he currently has on hand, Dr. Brown believes he can treat 20 to 30 people.

Credit: AP
Demonstrators gather to protest the death of George Floyd, Sunday, May 31, 2020, near the White House in Washington. Floyd died after being restrained by Minneapolis police officers (AP Photo/Alex Brandon)

Dr. Brown said normally a person’s first instinct after coming into contact with pepper spray is to run, but he says doing that can intensify the impact it has on a person’s respiratory system. Additionally, Dr. Brown warns that pepper spray can impact your vision which he fears will cause even more physical injuries.

"You could easily fall,” he warned. “You could injure yourself worse.”

If you’re wearing a mask, Dr. Brown says keep it on, the pepper spray could still be in the air around you; taking off your mask will put you at greater risk of exposure to the pepper spray as well as Covid-19.

RELATED: The second wave of coronavirus cases could come sooner than expected. Here's why