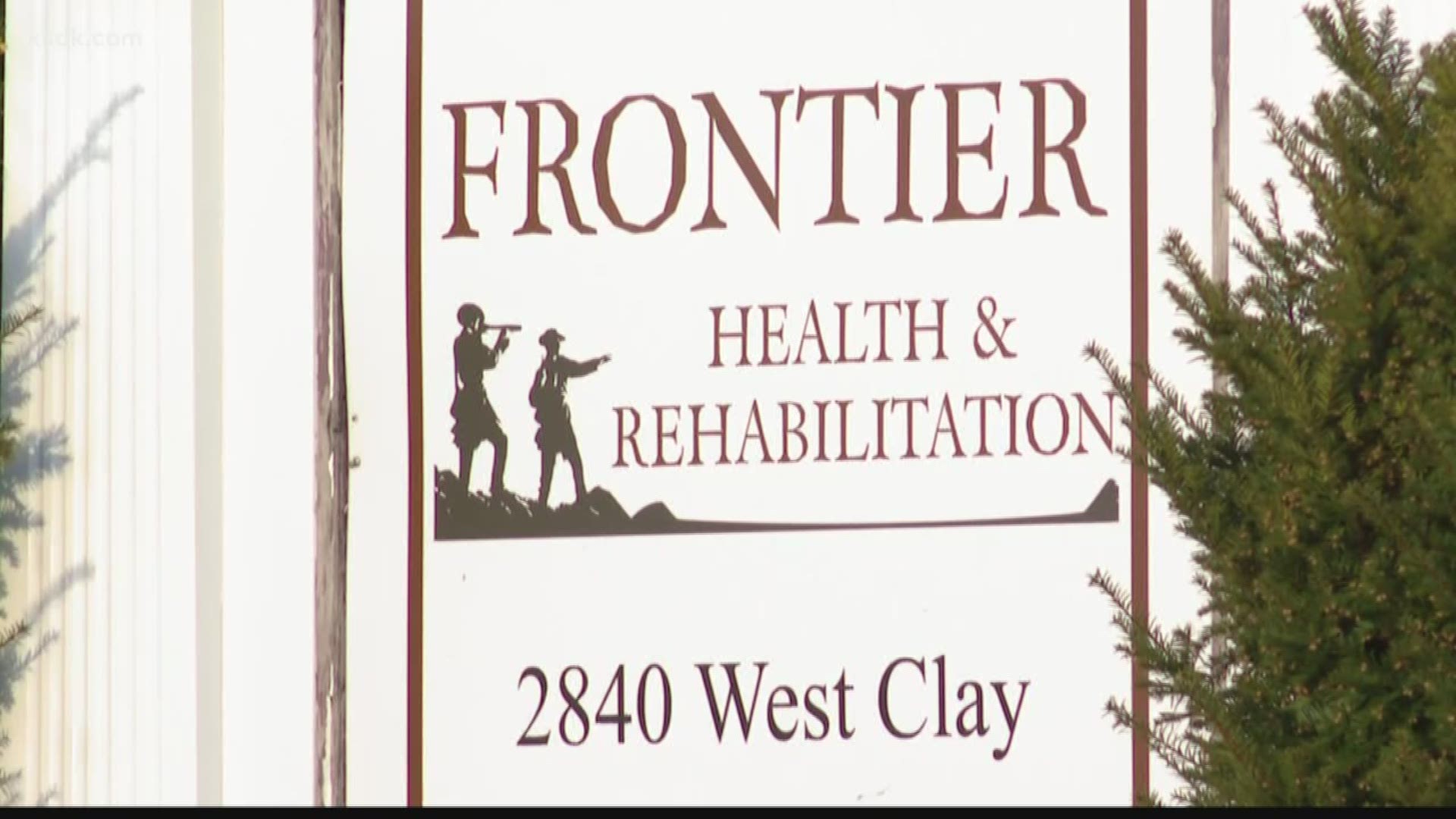 Below is the story as reported Wednesday night.

Two residents who lived at a senior health facility in St. Charles have died from COVID-19. It’s the latest update from Frontier Health & Rehabilitation, where several other residents and staff members have tested positive.

Wednesday night, 5 On Your Side spoke with a woman whose mother has lived at Frontier for several years. She said she hasn't been able to visit her 81-year-old mother for nearly three weeks.

"She’s not able to do much, just basically go outside and enjoy the weather. I’m just concerned about her right now,” the woman said.

As of Wednesday evening, there have been four coronavirus-related deaths in St. Charles County. Officials confirmed the two deaths at Frontier are included in the four deaths the county has reported so far.

Wednesday night a St. Charles County Spokesperson confirmed that the two Frontier residents who died were a man in his 70s and a woman in her 80s.

“I just wish Frontier would do a better job of communicating with us. It would be nice if they had an advocate there for the family members to reach out to us and give us updates. I just want them to be transparent and talk to us, so we don’t have to keep getting information from the newspaper or TV news,” added the resident’s concerned daughter.

Tuesday evening, Frontier said in addition to those who already have confirmed positives, 12 other staff members are out sick with illnesses. They will all be tested before returning to work, the facility said.

Frontier said it has enough personal protective equipment for its staff members and is taking all necessary precautions.

While several employees are out, nurses and care managers from other nursing home communities are working at Frontier to fill in for those who are out sick. The facility also has volunteers helping out, including family members of some staff members.

Meanwhile, the woman who spoke to 5 On Your Side Wednesday is praying her mom remains healthy and safe.

“My biggest concern is that she doesn’t get the virus because I know if she does get it, she won’t make it,” the daughter said.

RELATED: Here's when COVID-19 could peak in Missouri and Illinois