'At some point, we're going to have to stop the what ifs?' | 3 Jefferson County Sheriff deputies on self- quarantine

JEFFERSON COUNTY, Missouri — Three Jefferson County deputies are now self-quarantined. Two feared they could have been exposed to the coronavirus while answering calls for service and one traveled.

None of the officers is experiencing symptoms so far, said Sheriff David Marshak.

One of the deputies was interviewing a witness to a crime at a business last week when the witness told him a family member tested positive for the virus, Marshak said.

The department ran the witness’s name and discovered a different deputy had responded to that person’s home days earlier for a stolen car. Both deputies were put on quarantine as a precaution for the department of about 180 deputies, Marshak said.

“When the deputy went to the business, he encounters these people as witnesses, and they tell the deputy, ‘Oh, by the way,’ after they’ve exchanged paperwork and given statements,” Marshak said. “Despite the warnings and the knowledge they had, this family continued to go about their business in their usual way, so those two officers are self-quarantined.”

A third deputy cut short a vacation to Mexico, and is staying home for 14 days also as a precaution, Marshak said.

Even though it’s all precautionary now, Marshak, like many police leaders, worries about how many deputies could end up out of service out of an abundance of caution.

And, eventually, the real thing.

“At some point, we’re going to have to stop the ‘What ifs?’ to make sure we have a suitable police force, but we are using proactive measures based on the information we have right now,” he said. “But realistically, at some point, all things may go out the window because we have to have a police force that’s ready and capable of providing service to our citizens.”

Marshak said none of the three officers have symptoms, and, therefore have not been tested. But he said the local health department has assured him that first responders with symptoms will get tested.

He compares the way scarce tests are made available to first responders to the way police prioritize calls for service.

“Historically, EMS, fire, law enforcement have been the first responders that are prioritized, but in this situation, I think it’s our healthcare workers that deserve the priority,” he said. “While I’m concerned for all of the first responders, we have to look at it from a bigger perspective.

RELATED: How St. Louis area police are protecting themselves from COVID-19

Other departments are not releasing information about quarantined officers.

In St. Louis, city leaders have said they will not comment on the medical status of officers.

In St. Louis County, department spokesman Sgt. Benjamin Granda would not answer questions about how many officers were quarantined, saying only that no officers have tested positive for the virus.

He would not say how many officers have been tested.

“Please recognize that there are a variety of factors to consider in these dialogues and we must be very cautious for the manner in which they proceed,” he wrote. “Additionally, the information on COVID-19 and everything surrounding it is in a state of constant evolution.

But sources familiar with the city and county police departments’ COVID-19 responses tell 5 On Your Side that at least six St. Louis officers are not on duty as a result of exposure concerns. That’s a low number, considering the force has about 1,100 officers.

About two dozen St. Louis County officers are quarantined for reasons ranging from travel to possible exposures, according to sources. The county has about 900 officers.

St. Louis Board of Aldermen president urges residents to secure guns as children are home from school

These St. Louis businesses are offering deals for essential workers 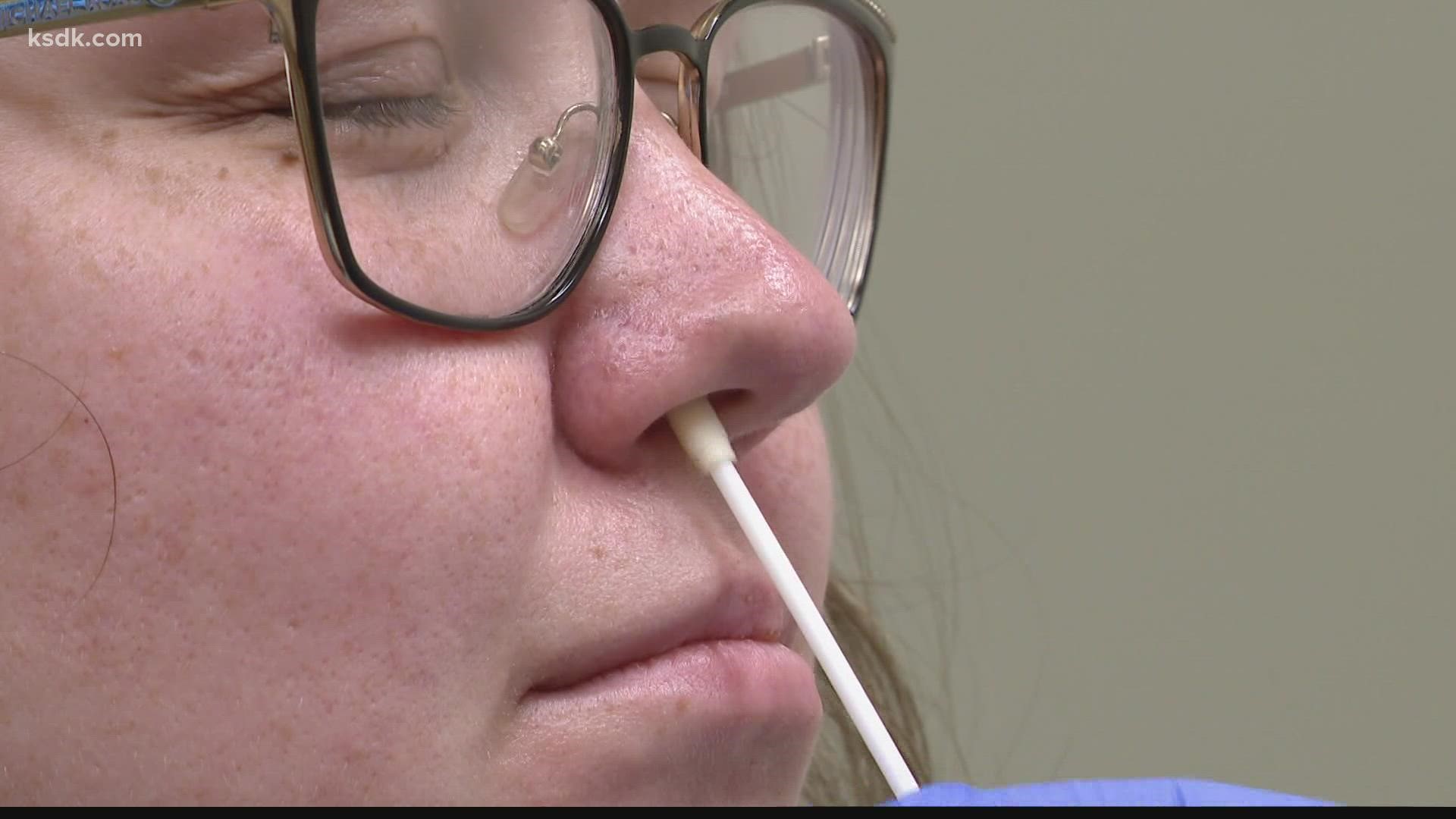