Dr. Remy was picking up a patient's bloodwork results at Missouri Baptist Medical Center when he came across the empty unit 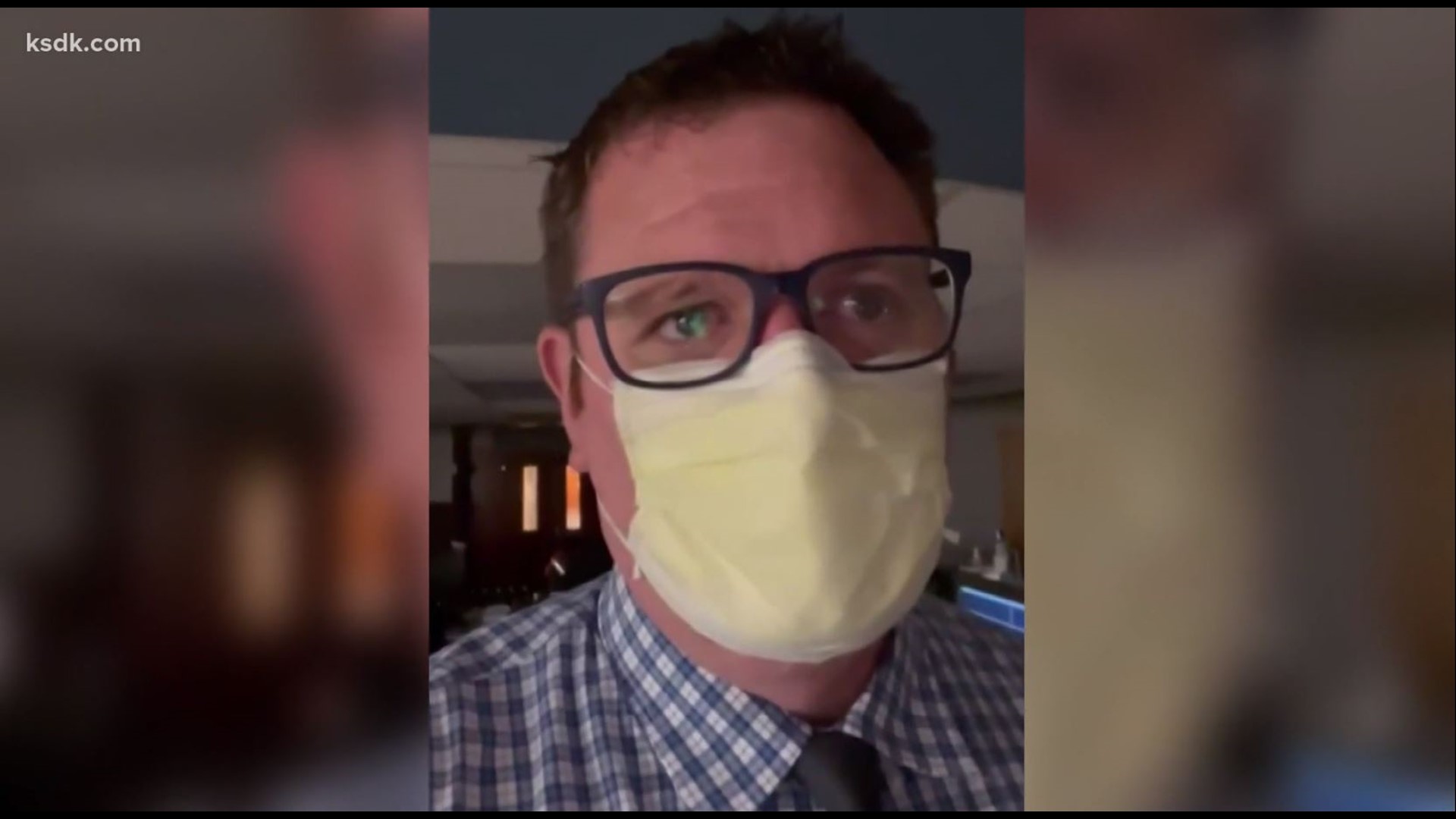 ST. LOUIS — Dr. Kenneth Remy was so surprised by a recent walk through the COVID-19 floor at the hospital where he works, his eyes welled with tears. The unit was empty, and the lights were low. He got out his phone and started recording.

"As I was leaving, I walked through one of the COVID units, and it was dark," Remy said in a video posted on Twitter. "We don't have any new patients. This is amazing. I'm so happy."

Ken Remy, a Washington University physician at Barnes-Jewish Hospital and Missouri Baptist Medical Center, was picking up a patient's bloodwork results at the latter institution when he came across the empty unit, the same place he had spent countless hours with countless patients.

"Obviously we were pretty close to teeming at the brim, if you will. And just to see that we've come to this point now was — honestly — it left me speechless at first. It was very emotional to see that just because we've come so far."

Rob Welge says he was also surprised by what he saw in Remy's video.

"I am very familiar with that ward," he said.

Welge was admitted to the hospital with COVID in April last year, and spent two months in treatment. During that time, he shared a COVID ward with his own father, 84-year-old Don Welge, who died from the virus. Rob didn't know about his father's passing until he was released to his Illinois home on June 16, 2020.

"There were dozens and dozens of medical staff going up and down the floors. It was a very active place a year ago," Welge said.

Rob Welge is still dealing with long-term complications, and Remy says a lot of the medical staff is working through their own issues too.

"It certainly weighs on you. I can certainly tell you that myself and my colleagues have had a significant sort of stress associated with that," Remy said.

But when he walks away from the COVID wards, Welge has his family's support, including his four kids, some of whom hope to follow in their father's footsteps.

"This is the most wonderful feeling, especially one year later," Remy said as he ends his video.