Through a clinical trial, the therapy showed it reduced the risk of hospitalization or death by up to 70% 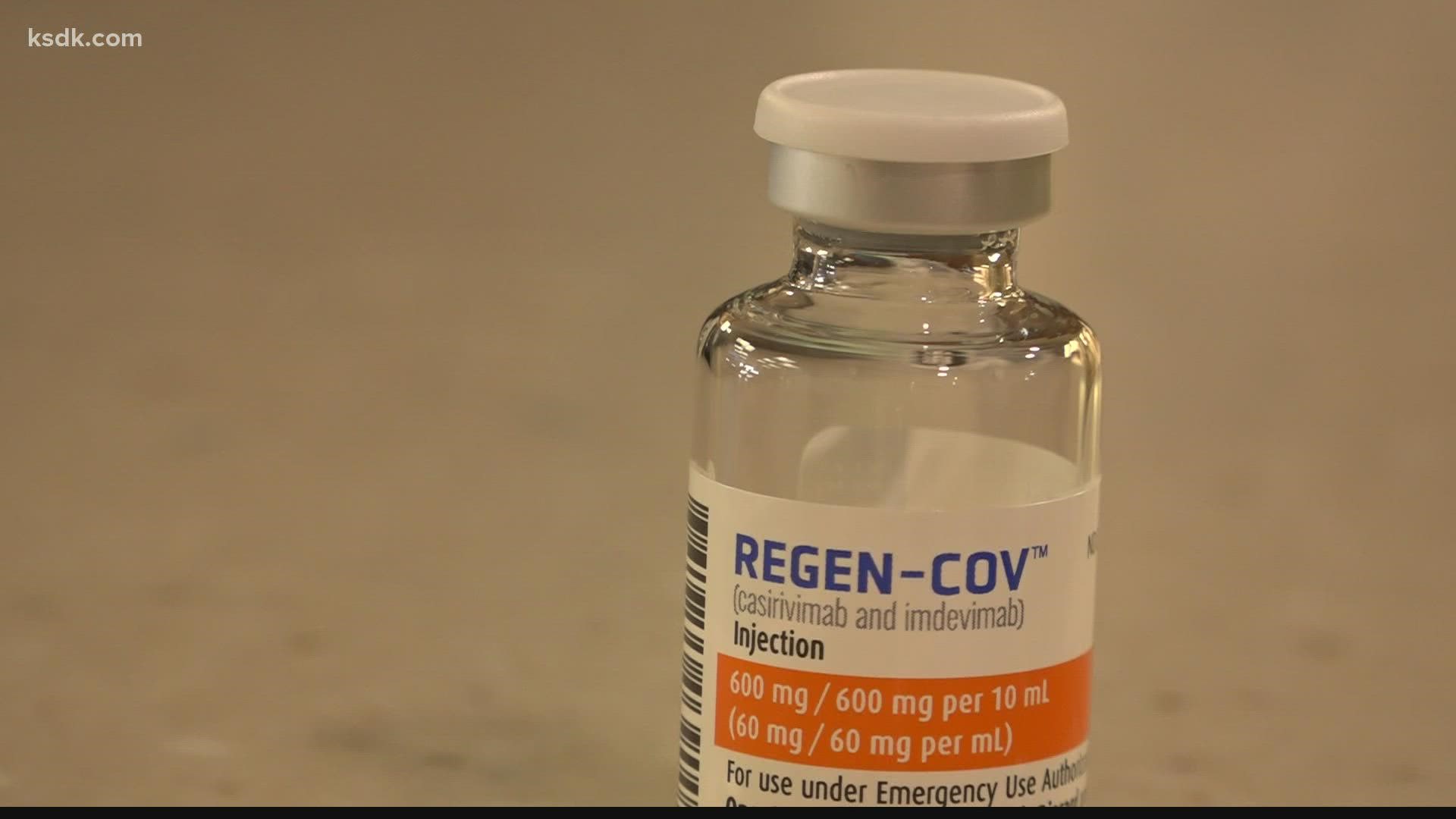 So much so, two of the region's largest health care systems, BJC Healthcare and SSM Health are now expanding capacity.

BJC HealthCare has treated more than 2,000 patients since December 2020 and will increase capacity at its Illinois infusion site from 72 treatments to 168 treatments per week at Memorial Hospital Belleville.

In Missouri, it's increasing capacity from 122 treatments to 322 per week.

SSM Health has treated more than 1,000 patients since offering the therapy.

It's increasing from one site to four sites across its Greater Midwest Region.

This initiative will allow SSM Health to expand from roughly 50 to 120 appointments per week.

This will expand appointments from roughly five to 80 a week.

On March 17, 2021, the US Department of Health and Human Services announced it was investing $150 million to increase access the monoclonal antibody therapy for high-risk patients in underserved and disadvantaged communities across the country.

SSM Health and BJC HealthCare are the first in Illinois to join this national initiative, after its expansion in Missouri.

The therapy is the first COVID-19 treatment granted emergency use authorization by the U.S. Food and Drug Administration for outpatient use.

Through a clinical trial, this therapy showed it reduced the risk of hospitalization or death by up to 70%.

Monoclonal antibody therapy is for high-risk patients who have the virus.

It should be administered within 10 days of onset of COVID-19 symptoms.

But what does the drug cocktail entail?

The infusion is made up of synthetic proteins designed to mimic the antibodies in our body and the body's own immune response.

Essentially, it fills up your body with antibodies to fight the disease.

"What it does is it attacks the virus and prevents the virus from replicating so your symptoms aren't as bad," Buchanan said.

A little vial goes into an IV bag and the one-time infusion takes about 20 minutes.

From there, Buchanan said, patients wait about an hour.

"Since it's a new treatment, they have to make sure there are no adverse effects and after an hour they go home," he adds.

The treatment can be impactful. Kate Eise is one of the nursing leaders running the clinic at St. Joseph's Hospital and said she has heard the positive results from some of the patients.

"We have heard back from people, they'll call and let us know a week later, they are feeling great," she said.

And its impact goes beyond the patient.

The head of the St. Louis Pandemic Task said with every 10 infusions, we avoid a hospitalization.

"So when they are not here, that's leaving our beds open and leaving the staff open to care for the other illnesses in the community," Eise explains.

Buchanan said this therapy is a viable option, yet this isn't a substitute for the vaccine.

Treatment is offered regardless of immigration status, health insurance coverage, or ability to pay.

Eise adds anyone 12 years and older can qualify. This is for high-risk patients and for people who aren't currently hospitalized.

To confirm eligibility for the treatment and how to book an appointment, patients can call the BJC Healthcare number at 314-696-1468. 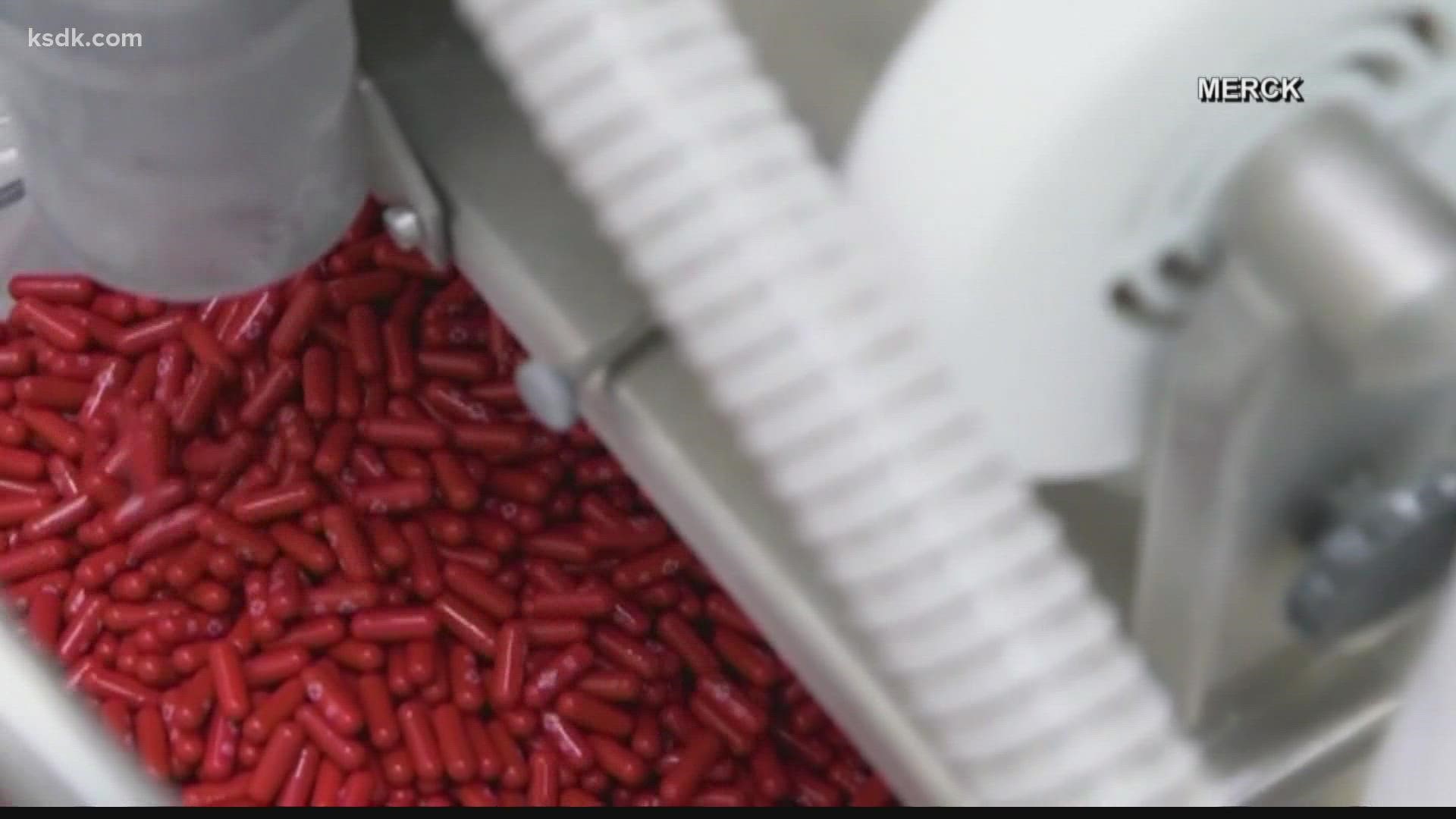