"I'll do it, but yes I am dreading it," said Cory Hammerstone, the Manager at Hammerstones in Soulard 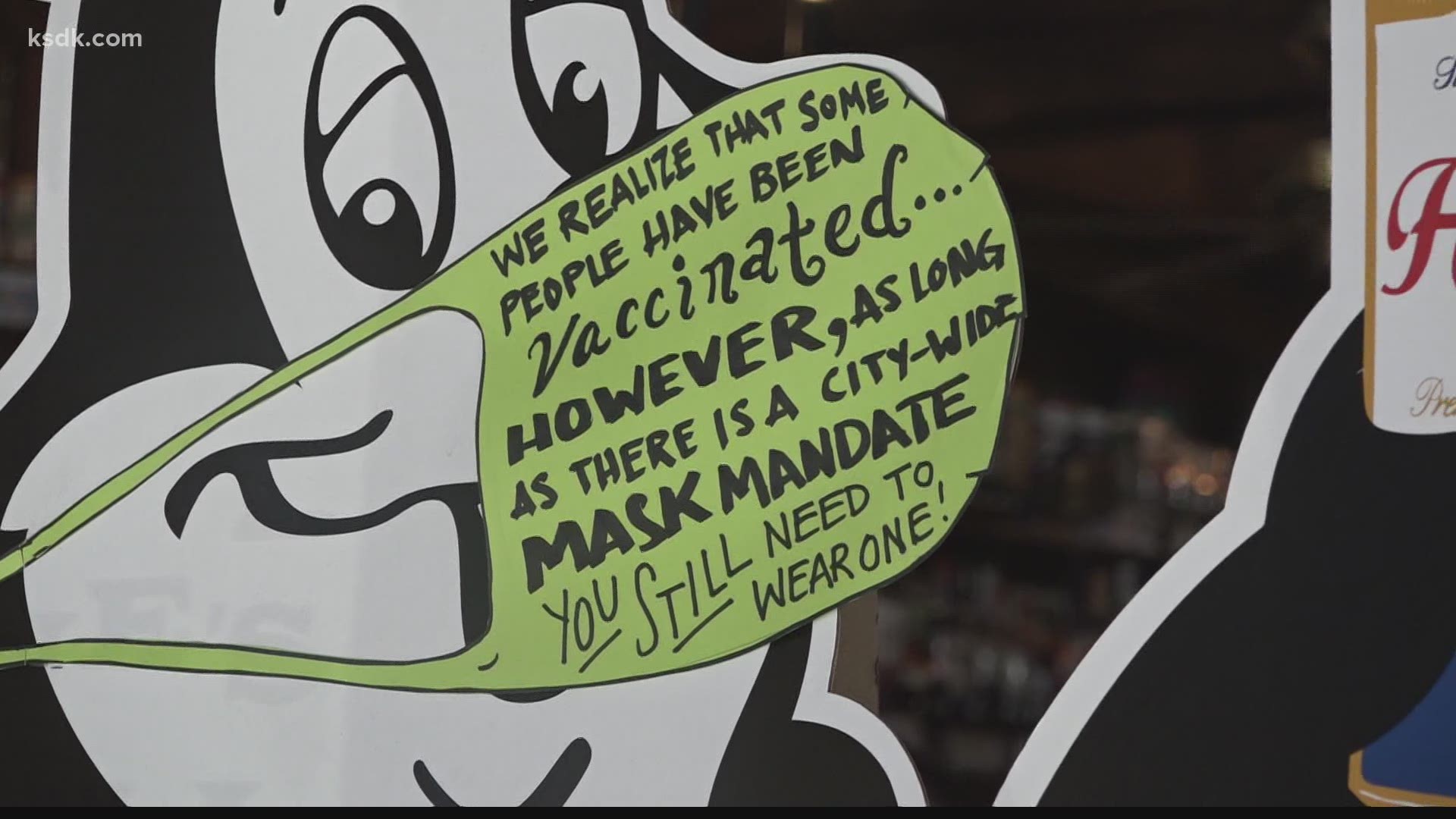 ST. LOUIS — You might say at Hammerstone's Restaurant and Bar in Soulard, the vaccinated manager isn't waiting for one hammer to fall come Monday:  the return of a mask mandate.

"It's frustrating that it's gonna be put on us again," said Cory Hammerstone.

Hammerstone says when the initial mandate took effect months ago, it created lots of problems among some of her patrons and employees.

"Whenever we had the mask mandate, we had to fight a lot of people who didn't want to wear masks," said Hammerstone.

She says many of those people actually became dangerous when asked to mask up.

"One time we had a customer pull a gun. We've had customers fight and just go crazy," Hammerstone said.

And now that her customers, even if they're vaccinated, will soon have to wear face coverings when moving around inside her business and even outside on the patio during large gatherings, Hammerstone's frustrations are growing.

"It was a welcomed relief when they said vaccinated people don't need to wear a mask indoors anymore, so yeah it's frustrating. I'll do it, but I'm dreading it," Hammerstone said.

A few miles away, one Dutchtown business owner has a much different take on the return of a mask mandate on Monday.

"I kind of like to err on the side of the caution," said Justin Harris, the owner of the St. Louis Hop Shop.

An unvaccinated Harris doesn't mind continuing to wear his mask and asking his customers to do the same.

He even has a box, filled with masks, for his customers who stroll in without wearing one.

"If wearing a mask is something that's going to overall be safer for the city, then I'm cool with that," said Justin Harris.