COVID-19 put Emily Adepoju in a coma in November. She survived, but she is still feeling the effects of the virus months later. 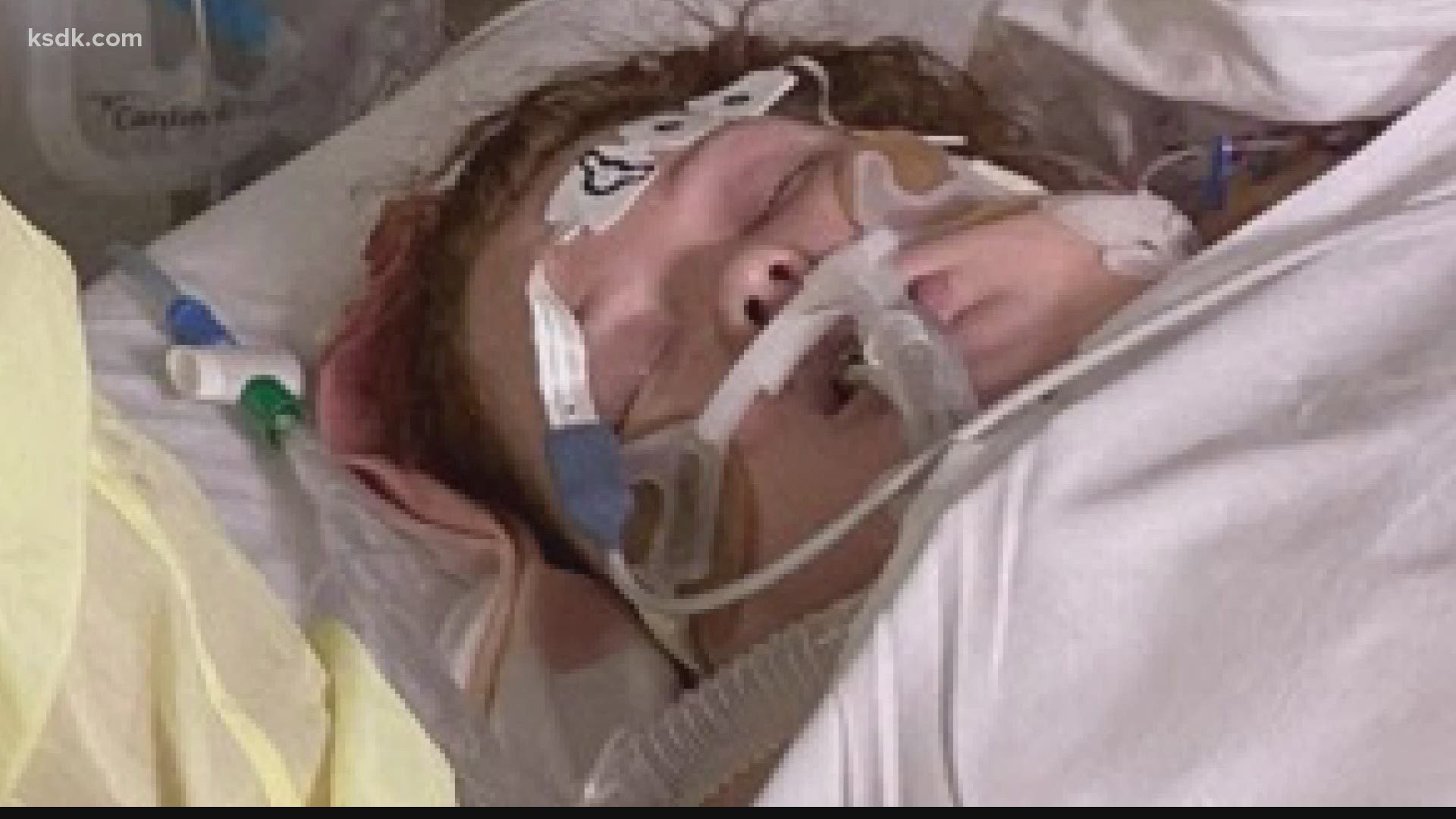 Now she is fighting long-term effects from the coronavirus months later.

It all started when she visited a friend for a few days in early October.

"Unfortunately after about two days of being together, she started showing symptoms. By the time I left on the fourth day, I had woken up feeling chills. Eventually, I started having breathing issues," Adepoju says.

That's when the Springfield resident rushed to a hospital.

She was on Remdesivir and other infusions, but nothing was working.

"My heart, my lungs were having a lot of issues. My oxygen kept dropping," Adepoju adds.

She was intubated and put into a coma. The ventilator wasn't enough though.

She was flown to SLU Hospital for a higher level of care.

Cardiologist Dr. Elsayed Abo-Salem is used to seeing some of the most difficult COVID-19 cases.

Adepoju would become one of them.

She was placed on an ECMO device. It's a treatment that pumps oxygen into the bloodstream.

"This was her only way to survive," Dr. Abo-Salem said.

"One day, I just woke up and I was like, 'Wow, what the heck just happened?!' Nurses slowly started telling me things and telling me, 'Listen, you're a miracle how bad it got,'" Adepoju said.

She was discharged on Nov. 13.

"She was one of the lucky people who made it through this illness," Dr. Abo-Salem said.

Yet, the fight is far from over. Adepoju faces long-term effects.

Since she was in bed for a long time, she was placed on her stomach to take pressure off her lungs.

"My legs were kind of in an awkward position and it cut off circulation. I now have pretty intense nerve damage. I can hardly move my foot," Adepoju adds.

This puts her on a cane.

She's also had two surgeries to help her throat because her airway closes.

COVID-19 has also caused a lot of heart issues.

"It's something I'll deal with for a long time, if forever," she said.

While she's dealt with some loss, she's gained perspective.

"My biggest thing now is just trying to just put better energy out into the world."

Being close to death, Emily is thankful to have a second chance at life.

"It's heavy, you get chills thinking you survive something so intense, but it's real and it feels amazing that I was given the strength to fight," she said.

Washington University has a clinic supporting patients with continued symptoms after COVID-19.

Dr. Amanda Verma is a Washington University cardiologist and helps patients at the clinic.

She said to not ignore the symptoms weeks out and to get help.

Right now, Dr. Verma does not know why it affects certain patients or why people become long-haulers. The research is still being done.

She mentions the majority of her patients are women. There's no exact reason why just yet, but a reason could be that women are more likely to seek medical attention.

"Go to your doctor and seek medical attention. It’s not in your head, it does have an impact on your quality of life. We are here to help," Dr. Verma said.

SLUCare also offers treatment for respiratory diseases and critical illnesses such as COVID-19. To make an appointment, call 314-977-6190 or click here.