The NCAA decision to play the games without fans could cost the region $30 million in direct spending from visiting fans. 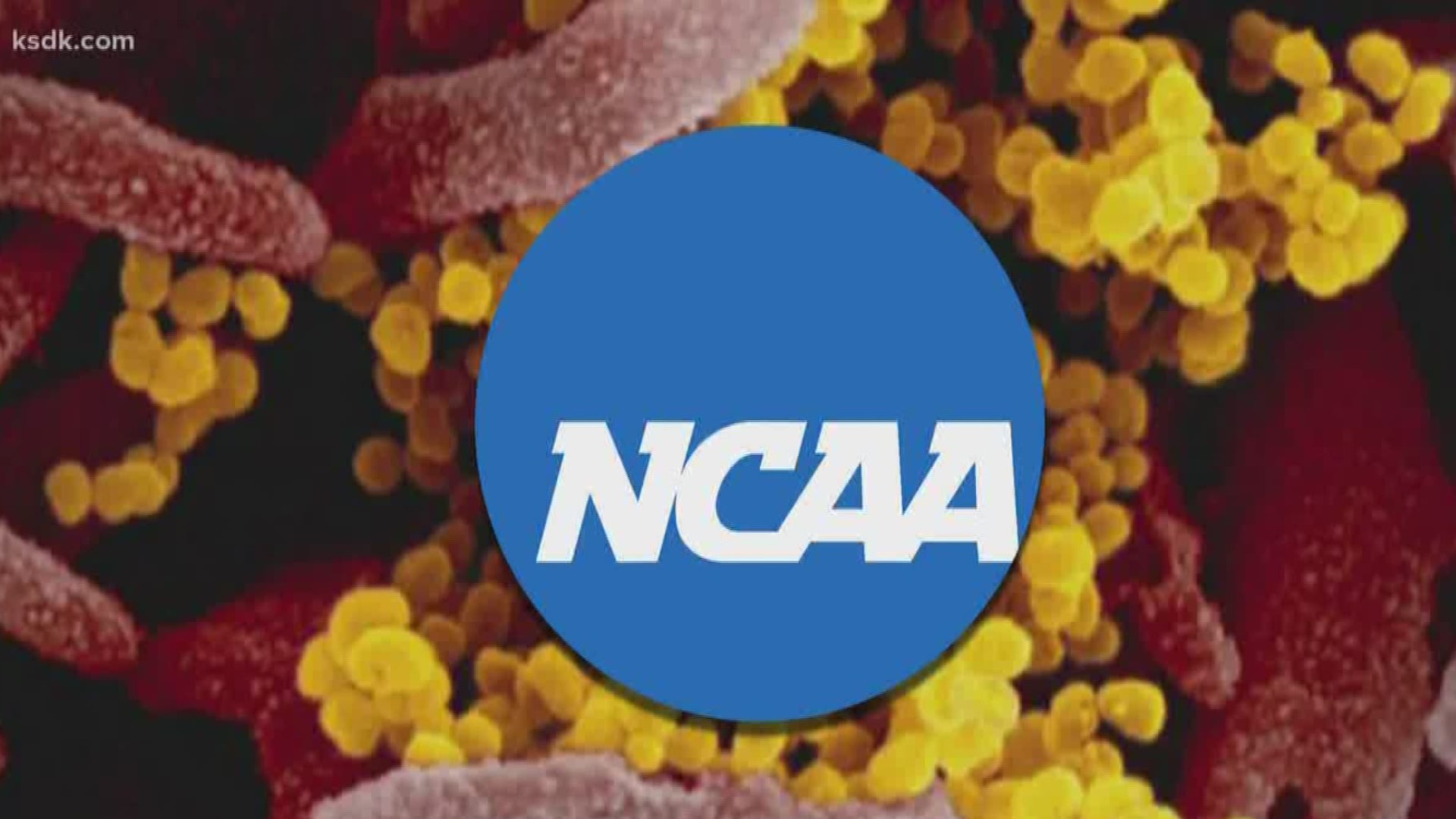 ST. LOUIS — When the NCAA comes to town for March Madness next week, fans won't be allowed in to watch the games because of concerns about the coronavirus.

There were no such worries for high school hockey fans Wednesday night at the Enterprise Center in downtown.

CBC and Vianney fans poured in hoping to get their hands on a trophy - and some trying to keep them off just about everything else using shirtsleeves to open the doors.

"We've had one case so I think it's a little blown out of proportion," said CBC parent Shannon Christensen of Lake Saint Louis. She also said her family is practicing good hand washing. But as for being part of the crowd in Enterprise Center, she said: "I have no concerns whatsoever."

But the NCAA's decision to not take any chances will cost downtown businesses, especially in the hospitality sector said sports economist Patrick Rishe with Washington University's Olin Business School.

Rishe estimates a loss between 15 and $30 million "in direct spending" to the region from visiting fans who now won't be coming to town.

Also Wednesday, the SEC announced its tournament in Nashville will be played without fans.

And, in light of the NBA suspending league play, an announcement from the NHL is expected on Thursday.

"I understand these decisions aren’t easy," Mayor Lyda Krewson said in a tweet Thursday. "But I thank the organizers for working with @CityofSTLDOH to be proactive & protective of the public’s health."