Coronavirus kills another Missouri resident, a woman in her 80s

Jackson County officials said the woman who was the state's second coronavirus death had not recently traveled, raising concerns about community spread 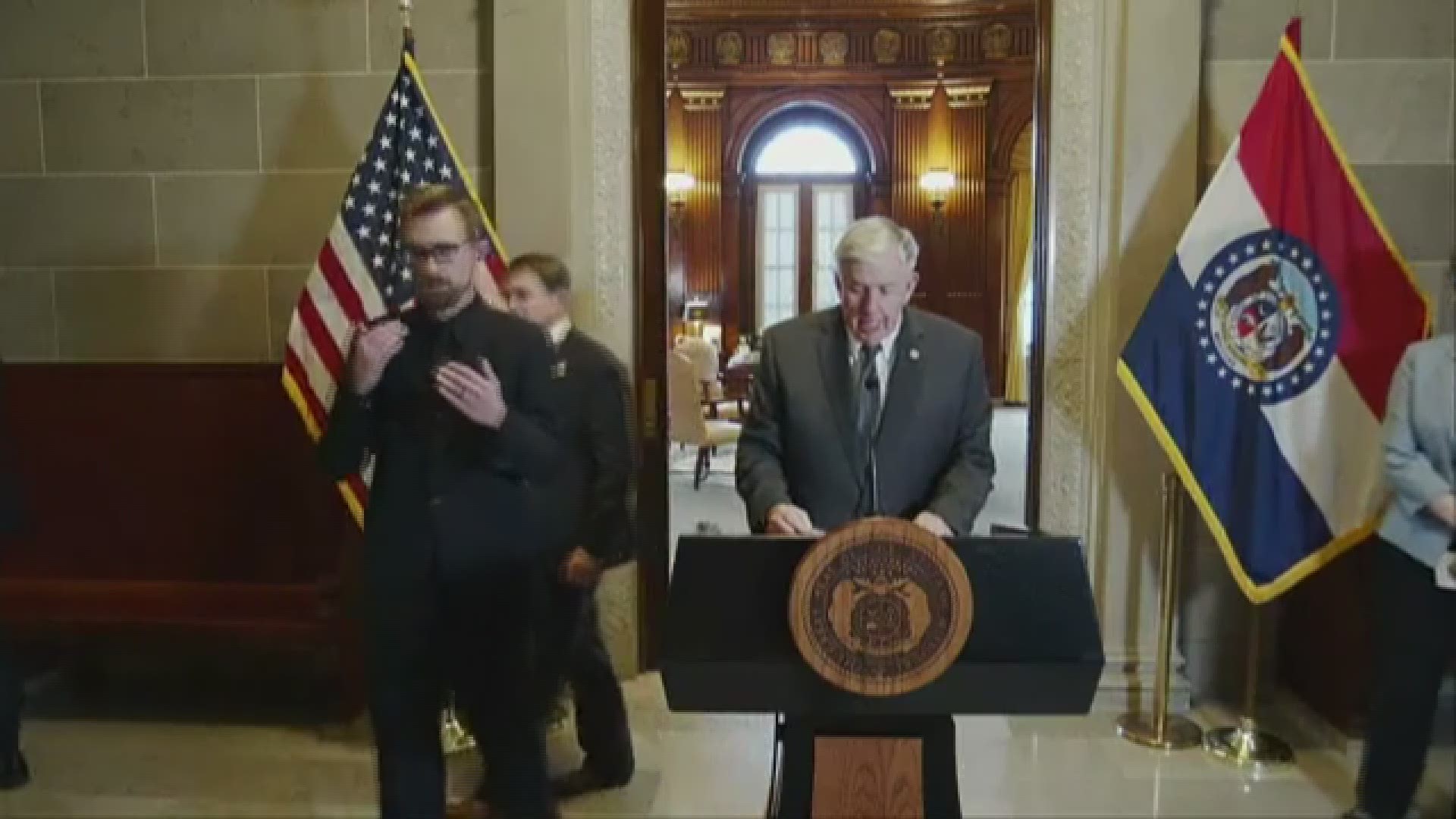 KANSAS CITY, Mo. — A western Missouri woman in her 80s died from the coronavirus, health officials said Friday, marking the second death in the state.

News of the woman's death came on the same day that the number of COVID-19 cases in Missouri nearly doubled, to 47 from 28 a day earlier. The jump was largely attributable to private lab test results being reported to the state. Missouri's first death, in Boone County, was announced Wednesday.

Jackson County officials said the woman who was the state's second coronavirus death had not recently traveled, raising concerns about community spread, which is when experts can't figure out how a person caught the disease.

One of the new cases in south-central Missouri's Pulaski County also "does not appear to be travel related," the county health department said in a statement on Facebook. The patient is in isolation and the health department is trying to figure out who may have had close contact with the sick person. The county is taking other steps, including closing all schools for at least two weeks and restricting dine-in service at bars and restaurants. Missouri is one of a few states that didn't require schools to close, but officials said all 555 districts are now shut down.

Some public health officials in the state want Gov. Mike Parson to force people to stay home. The Kansas City Star obtained a letter dated Friday from the Missouri Center for Public Health Excellence, a group of public health departments representing half of the state's population. The letter urged the Republican governor to require that residents can only leave home for medical reasons, work or to get food.

State health officials said St. Louis County and Kansas City have the most cases, with seven each, while Greene County has six.

Missourians left without a job due to all the closures won't be able to get immediate in-person help from the state, which announced that all job centers are now closed to in-person services for at least a week. People seeking unemployment insurance can call the Department of Labor and State Industrial Relation's hotline at 1-800-320-2519 or go to uinteract.labor.mo.gov.

Missouri Education Commissioner Margie Vandeven said in an online announcement Thursday that students will not be required to take statewide tests this spring, nor will schools be required to make up for missed days. Most districts across Missouri have called off in-person classes.

Branson city leaders banned social gatherings of more than 10 people, including performances and shows in the tourist destination. Businesses will be allowed to stay open if they don't exceed 25% of occupancy. Day cares and medical centers are exempt, KYTV reported.

The Associated Press receives support for health and science coverage from the Howard Hughes Medical Institute's Department of Science Education. The AP is solely responsible for all content.