Many of the deaths reported by the state health department in the last two days were in the St. Louis area, but new cases in the area have been declining 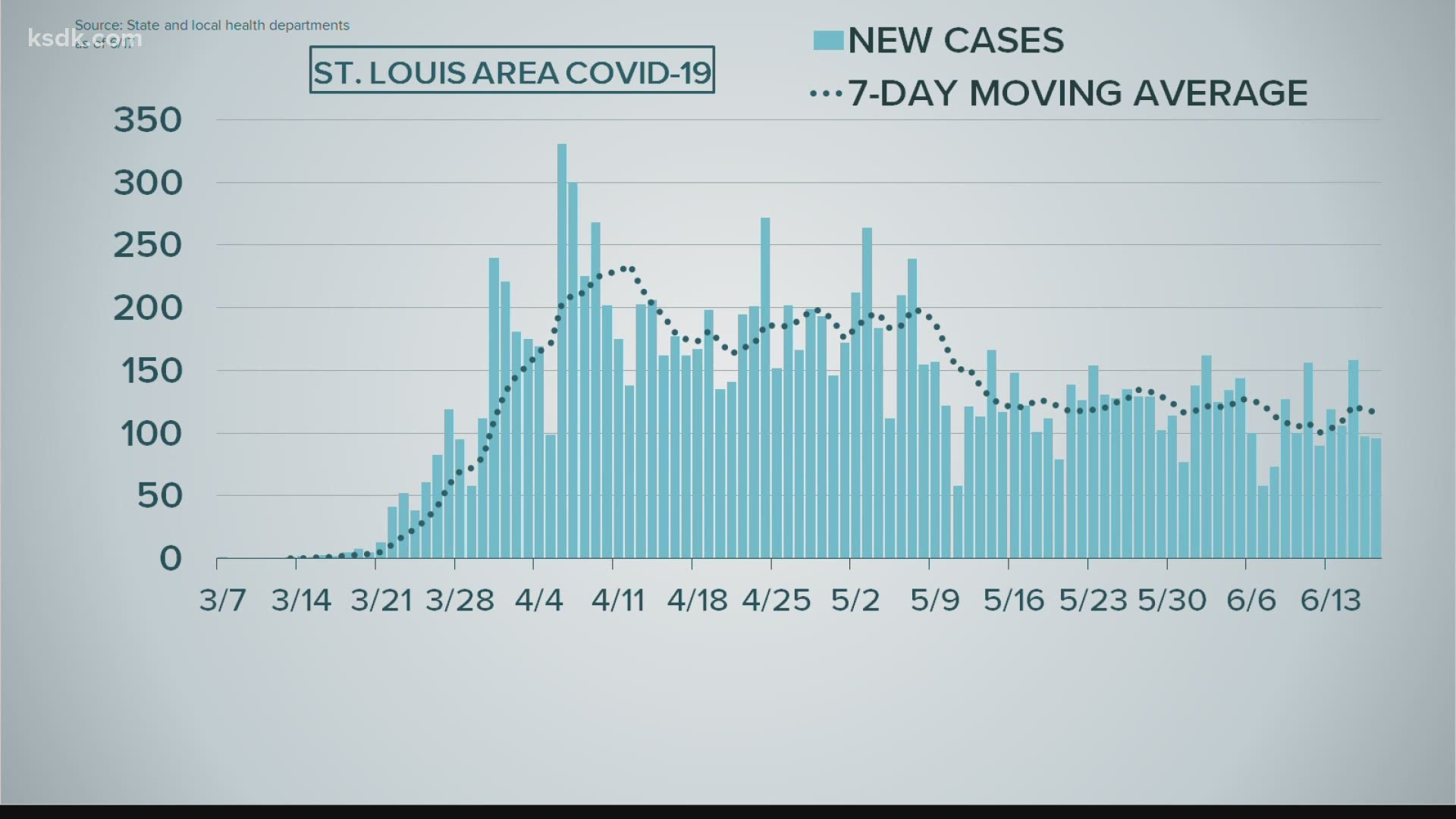 ST. LOUIS — The number of deaths from the coronavirus in Missouri rose by 37 on Thursday, the second straight day that the state health department reported a big increase in fatalities.

The Missouri Department of Health and Senior Services reported 27 deaths on Wednesday from COVID-19, the illness caused by the coronavirus. Bringing the total to 64 deaths over the last two days, which is the most deaths over two consecutive days since the pandemic began.

St. Louis County has reported 41 new deaths in the last two days, and St. Louis accounted for another six.

Missouri health department spokeswoman Lisa Cox said in an email that the state “received a backlog of deaths from St. Louis County at once. That happened yesterday and again today. We haven’t recently seen a day with a big spike in deaths that all occurred in the past 24 hours."

The state also cited 283 new confirmed cases Thursday and 491 cases over the past two days. Overall, Missouri has recorded 946 deaths and 16,908 confirmed cases, according to the department's count.

Parts of southwestern Missouri have seen a big increase in confirmed cases over the past week — 58 new cases in McDonald County, 69 in Jasper County, 30 in Newton County.

The health department director, Randall Williams, said at a news conference that the state is currently testing all 1,420 workers at a food plant in McDonald County. He said the National Guard also plans to help next week with testing in McDonald, Jasper, Newton and Barry counties.

While other parts of the state have seen sharp increases in cases, the St. Louis area has seen a steady decline in new cases per day. 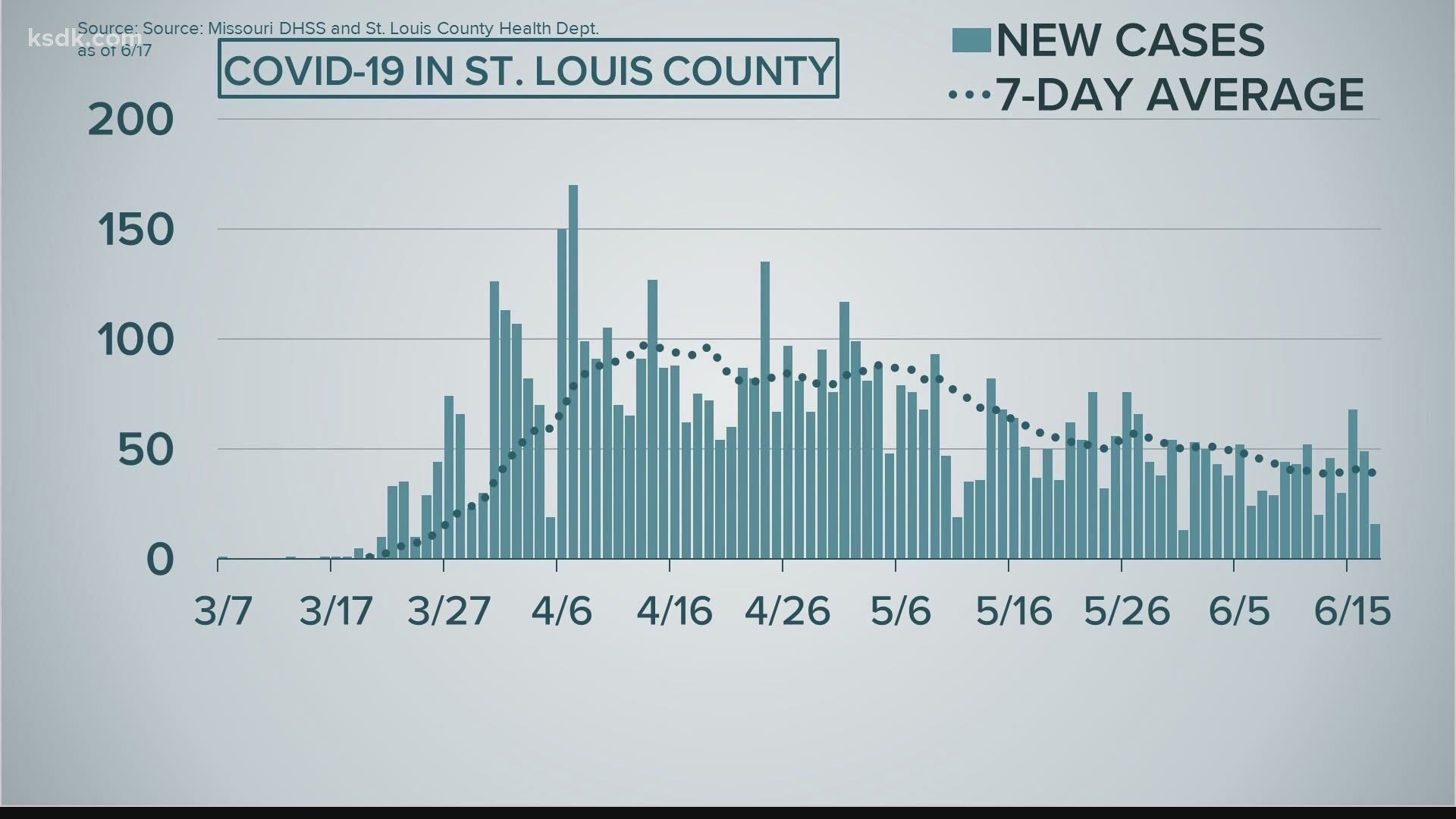 In St. Louis County, which has reported 5,731 cases and 544 deaths, has seen a steady decline in cases since peaking in early April.

Despite this decrease, the county has seen large spikes in reported deaths in recent weeks, including six days of at least 11 new deaths since May 29.

In St. Louis, the seven-day moving average of new cases decreased from its peak in early May, but leveled off in June.

The other two local Missouri counties with more than 200 cases are Jefferson(456) and St. Charles(939) counties. Both have seen slight upticks since reaching new lows in new cases in late May. Jefferson County's increase has been slightly larger.

To see a full county-by-county breakdown, use our interactive map: